Excellent job by NY Times reporter Trip Gabriel live tweeting last night’s VA GOP freak show…er, gubernatorial debate at the Springfield Golf and Country Club. Note, by the way, since they were at a country club, that in no way/shape/form are these extremists akin to the old “Country Club Republicans” back in the 1960s, 1970s, etc. Instead, this party has gone far, far right, more like European-style parties like the National Front in France of Hungary’s Fidesz. Anyway, with that, see below for the live tweets by Gabriel, as well as some video courtesy of 2020 VA-10 Republican nominee Aliscia Andrews. A few “highlights” include: 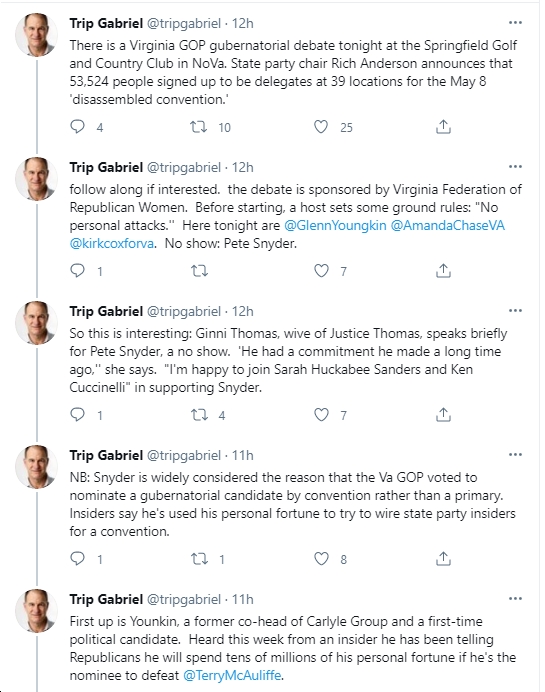 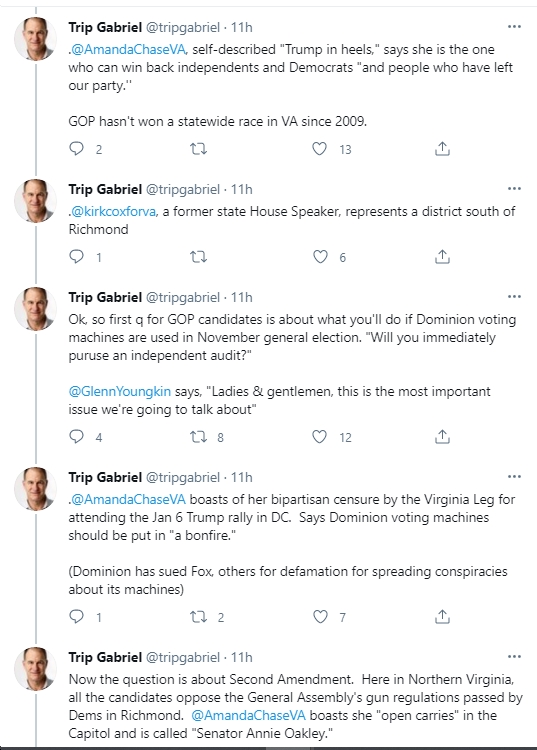 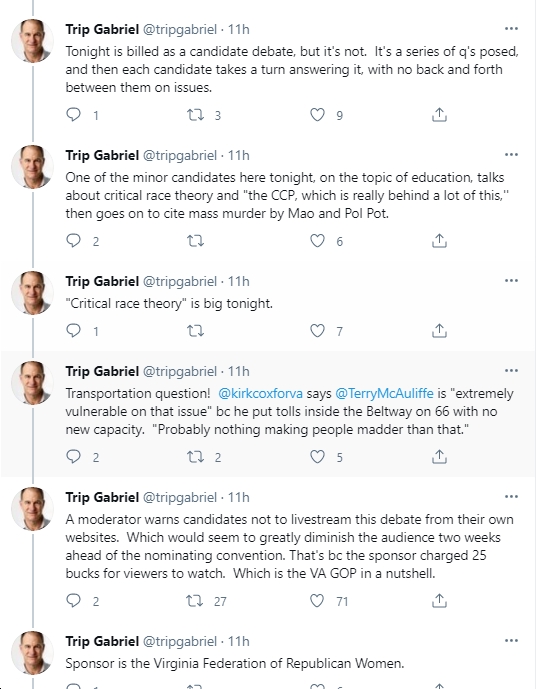 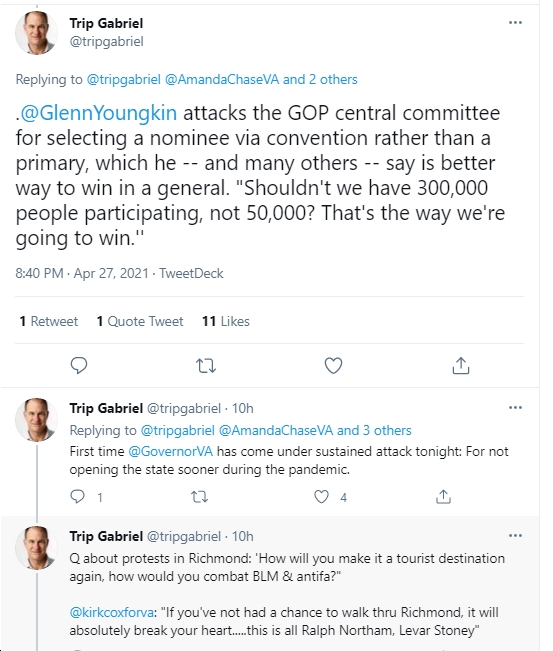 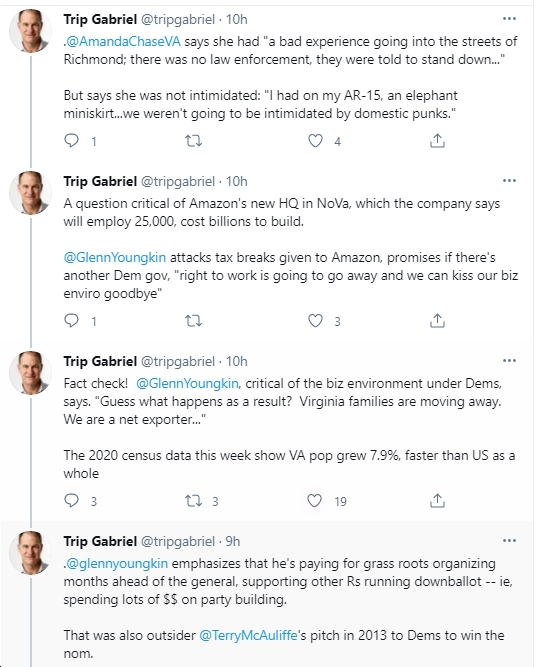 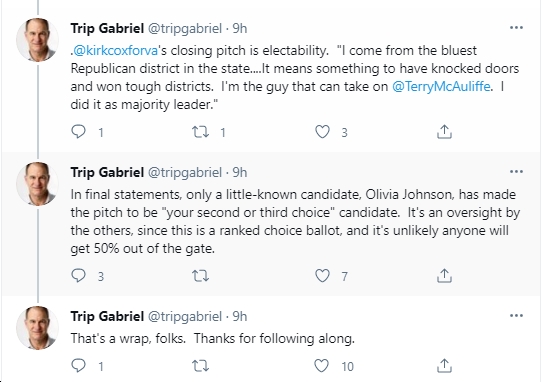