In 2017, the Washington Post editorial board – “One of the few newspaper endorsements that still matters is the Washington Post’s in D primaries,” as UVA Professor Larry Sabato put it at the time – waited until June 6 to endorse in the June 13 Virginia Democratic gubernatorial primary between Ralph Northam and Tom Perriello.  This year, they’re opting to endorse *much* earlier…6+ weeks, rather than 1 week…for former Gov. Terry McAuliffe. See below for a few key points from the endorsement. Also note that McAuliffe leads by wide margins in all the polling, as in the PredictIt Virginia Democratic gubernatorial market, where he’s currently up by a 96 cents-3 cents margin over former Del. Jennifer Carroll Foy.  With that…the 2021 Washington Post Virginia Democratic gubernatorial endorsement: 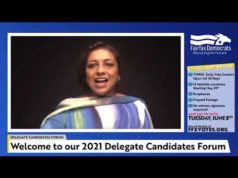 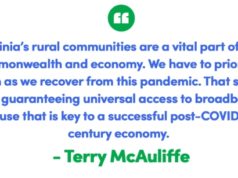