The Lawrence Berkeley National Laboratory (LBL) is out with a new report Queued Up: Characteristics of Power Plants Seeking Transmission Interconnection As of the End of 2020. It sounds super technical, but basically it all comes down to this:

“Utilities and regional grid operators (a.k.a., ISOs or RTOs) require projects seeking to connect to the grid to undergo a system impact study before they can be built. This process establishes what new transmission equipment or upgrades may be needed before a project can connect to the system and assigns the costs of that equipment. The lists of projects in this process are known as ‘interconnection queues’.”

Also note that a “hybrid” system contains both power generation capacity (solar, wind, natural gas, etc.) and also power storage capacity. With that, here are a few top-level findings from the LBL report:

For the most part, this is good news., although as you can see in the following two graphics (source), there’s still FAR too much natural gas in the interconnection queue for Dominion Energy outside of Virginia, whether “total queue as of end of 2020” or “entered queue in 2020.” Overall, though, U.S. power generating capacity appears to be moving strongly in a clean energy direction, driven by highly attractive economics, in addition to the massive environmental advantages of ditching fossil-fuel-based power. And perhaps just in the nick of time, as the climate crisis is at the point now – thanks to unconscionable delays over the past few decades – where it’s going to require a “war footing” to fix the horrendous mess the fossil fuel companies and their enablers in the political system have caused. Here in Virginia, that means moving up the 2045 and 2050 deadlines laid out in the Virginia Clean Economy Act by at least a decade…to the 2030s. 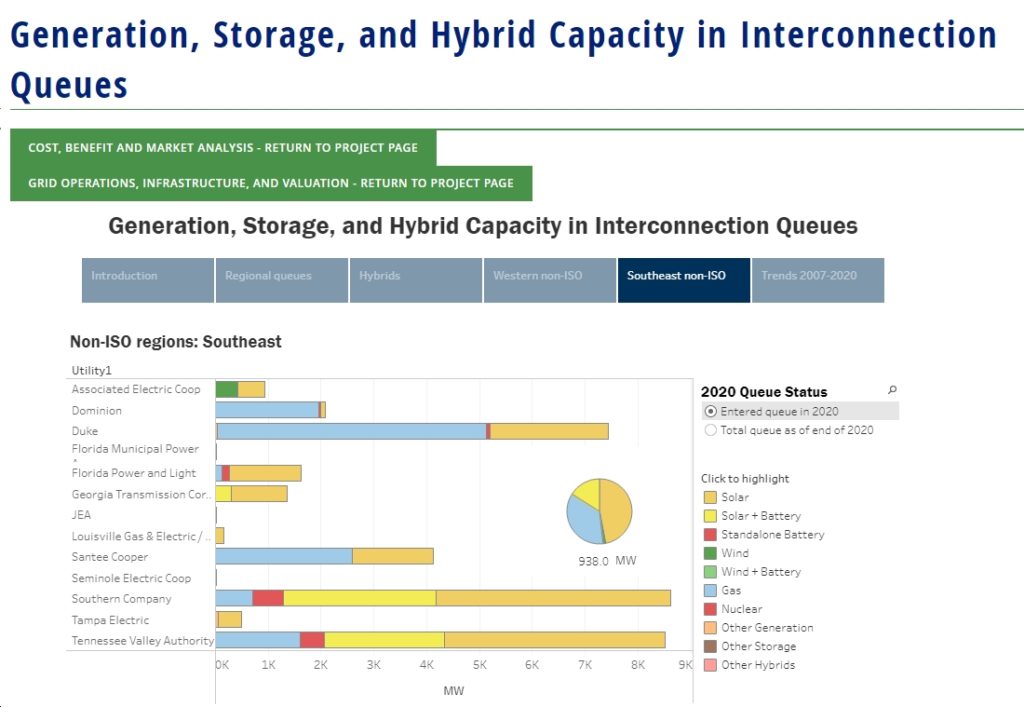 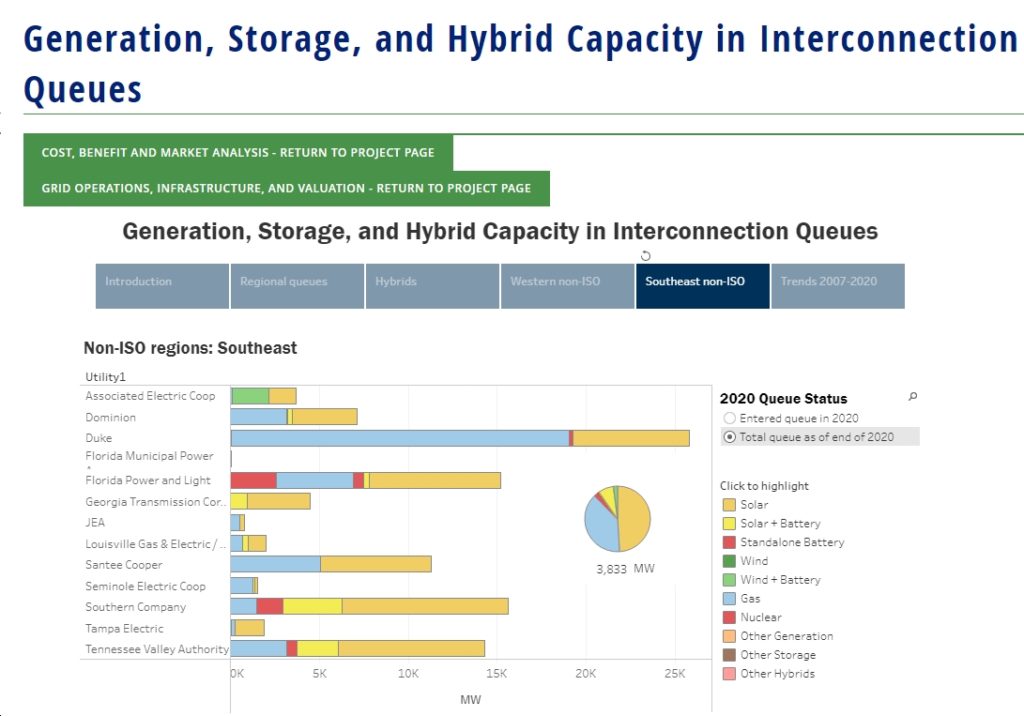 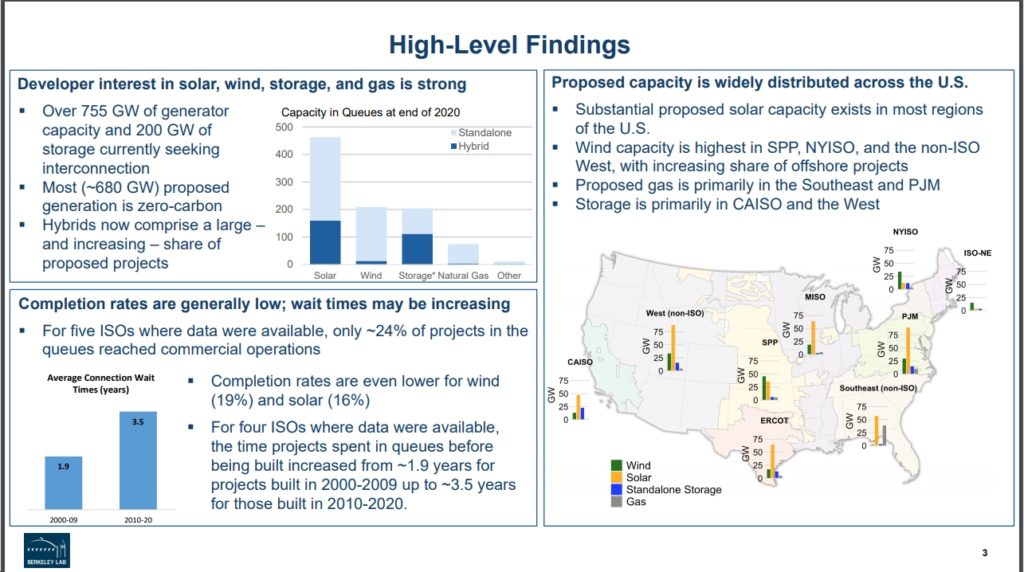 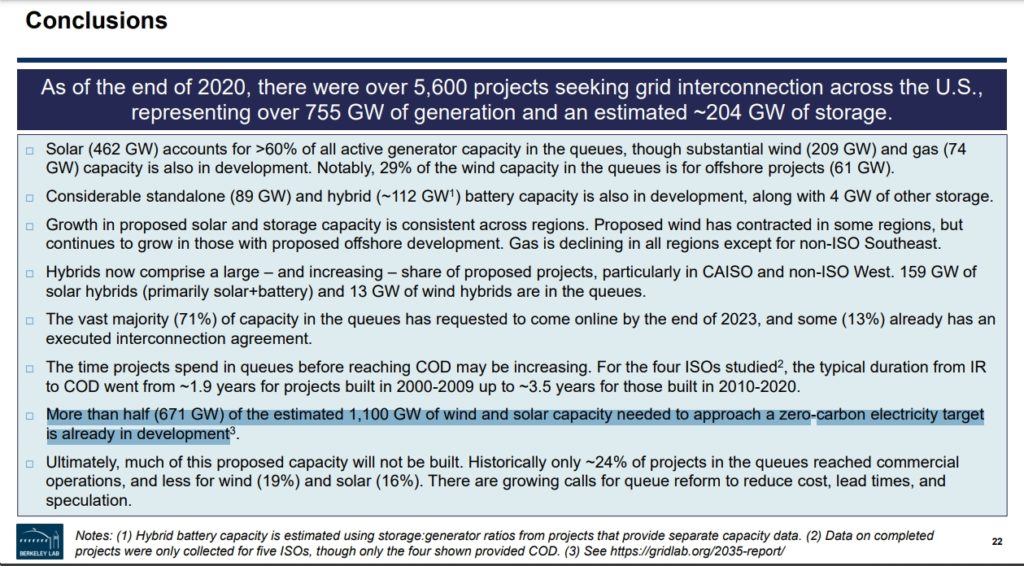 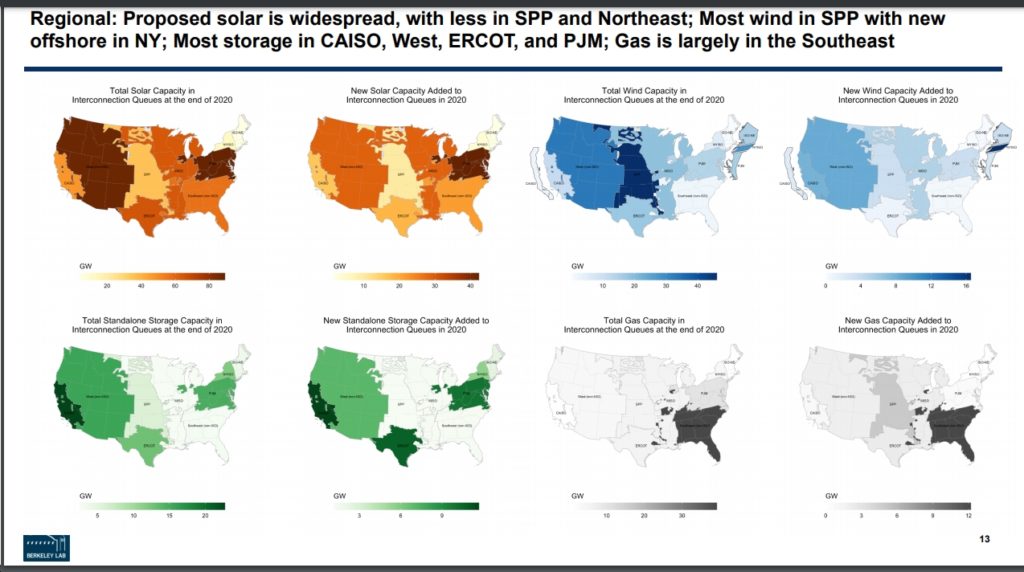 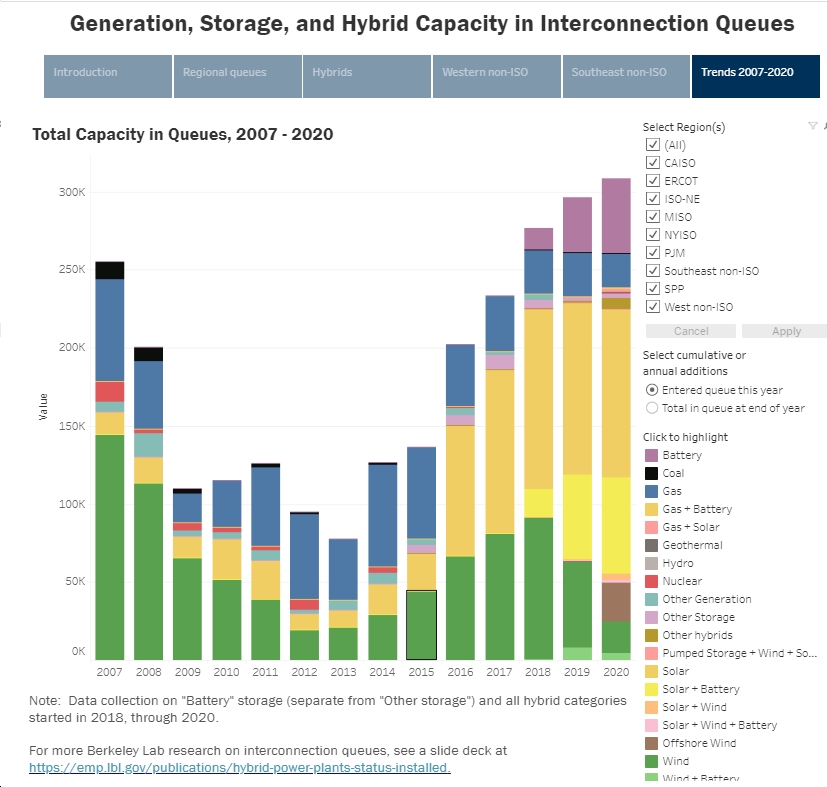