Well, well, well…ain’t this interesting (h/t VA Political Memes)?  Yep, it looks like State Senator Amanda Chase, who has basically alienated a huge chunk of the Virginia GOP at this point, is looking at a likely primary challenge for her State Senate seat by the Trump Administration’s Acting Director of ICE (from August to December 2020) Tony Pham, who writes that:

Assuming Chase doesn’t become governor of Virginia, and assuming she runs for reelection to the State Senate in 2023, it will be fascinating to watch how this one plays out. Will Republicans even allow to her run for their nomination, particularly if she launches an independent bid for governor this summer/fall? Also keep in mind that in October 2019, Chase was kicked out of the Chesterfield GOP.  Let’s just say Pham got the GOP’s State Senate nomination and Chase ran as an independent, that seems like it really might open up the district (SD11) for Democrats to win it, given that Tim Kaine won it 50%-49% in 2018 and that Ed Gillespie only won it by 7 points in 2017. Anyway, it should be fun to watch! 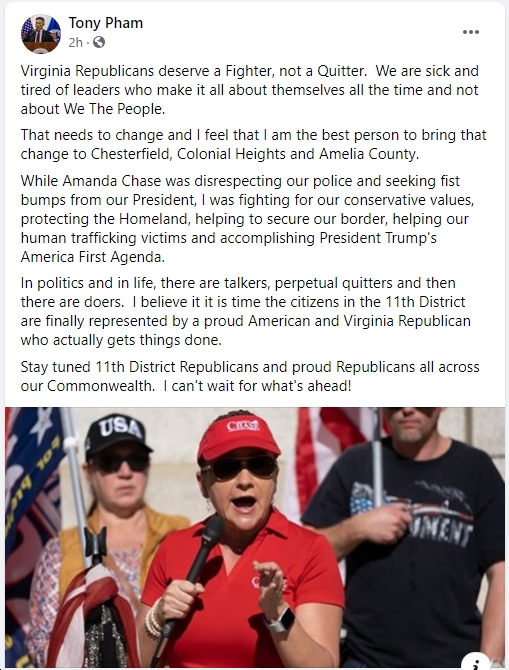 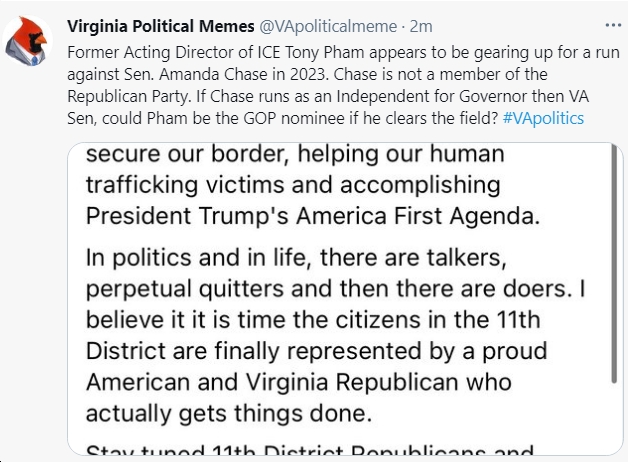