What are you seeing and hearing out there? This thread is for information and updates on today’s VA GOP “unassembled convention,” from 9 am to 4 pm, with the following candidates on the ballot:

Note that it will almost certainly take several days for us to have final results, as the ballots have to be driven tonight from all over Virginia to Richmond, then counted using Ranked Choice Voting as well as weighting the votes depending on where a delegate is from (e.g., a more heavily Republican area gets a higher weight). As for Democrats, we’re picking our nominees via a primary on June 8th, which obviously is better than what Republicans are doing, *except* that for some asinine reason, Virginia doesn’t allow Ranked Choice Voting in state-run primaries, which means that it’s possible a Democrat will get the nomination for governor or LG with only a small plurality of the vote. Which is, of course, absurd.

With that, here’s some info on today’s VA GOP convention, courtesy of VPAP: 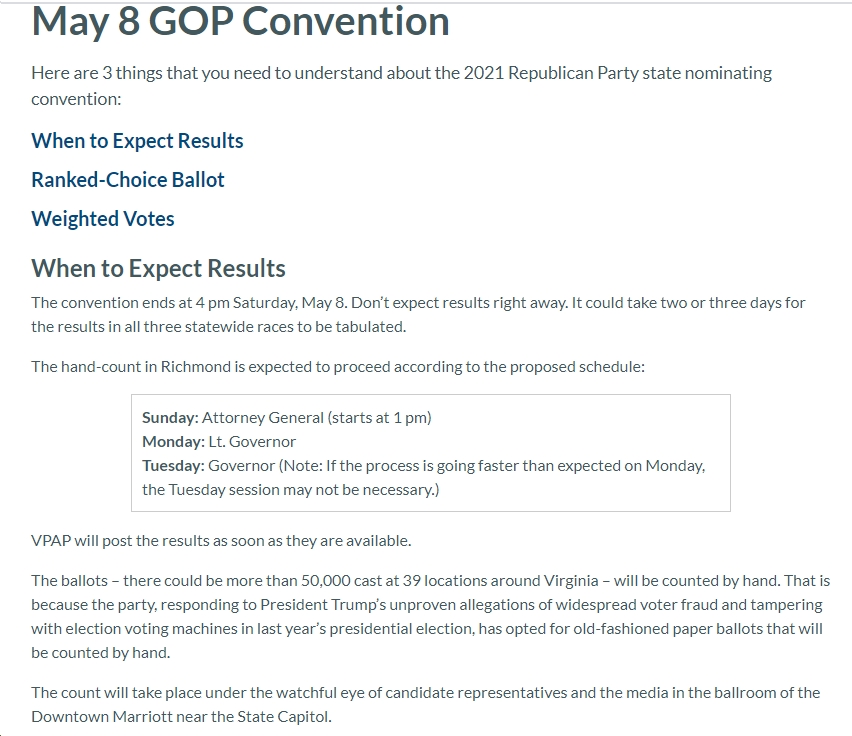 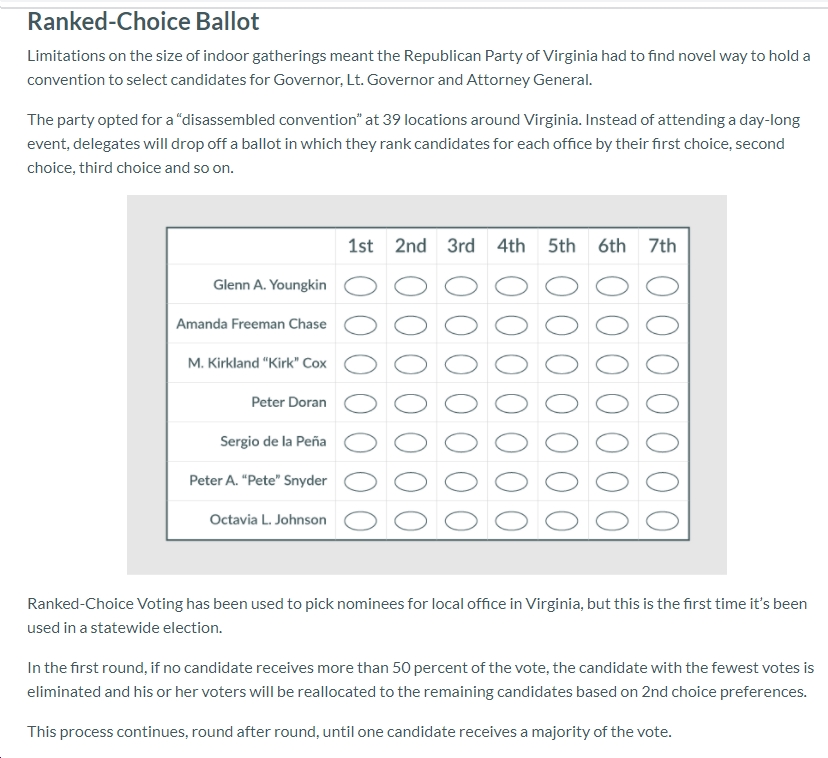 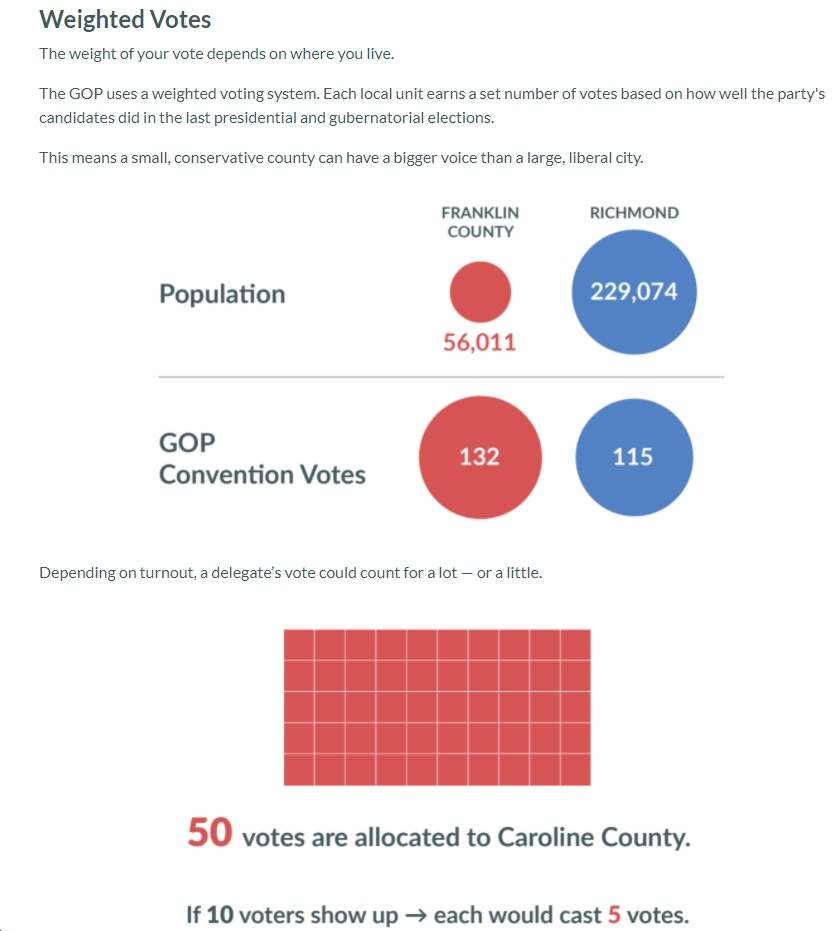 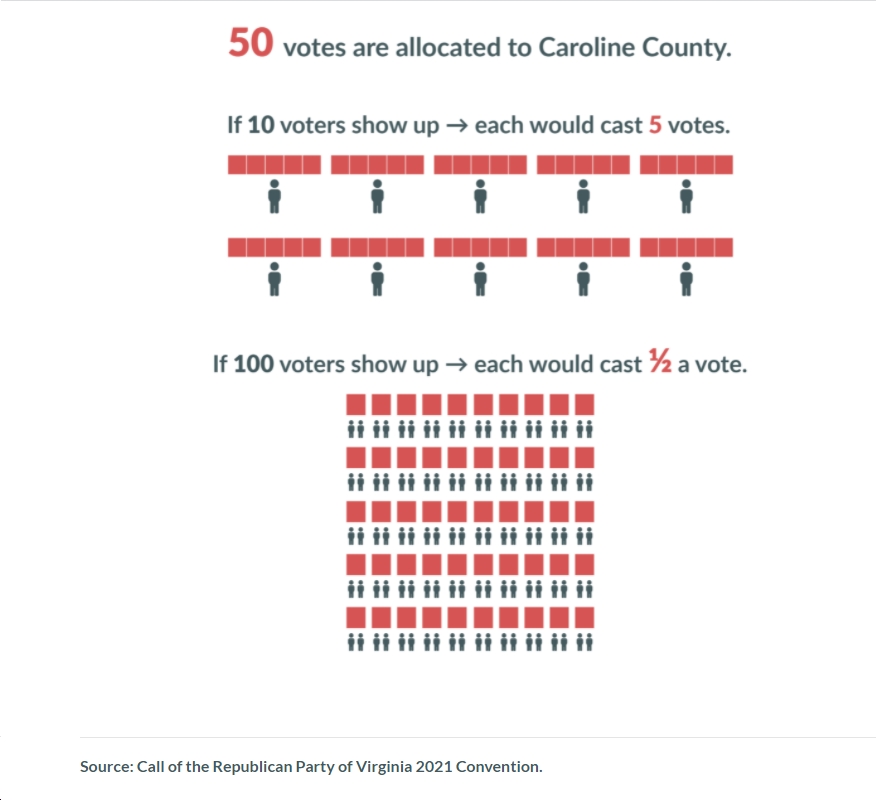