According to Virginia Scope:

“Terry McAuliffe is filing his own motion with a request for dismissal of the Republican lawsuit aimed at removing him from the general election ballot…The filings from McAuliffe and the Democratic Party of Virginia can be viewed here and here.”

Also, see below for some screen shots: 1) of McAuliffe campaign spokesperson Christina Freundlich’s statement (“We haven’t even made it to Election Day and Virginia Republicans are already trying to undermine the #vagov results in court“); and 2) of the filings by the McAuliffe campaign and DPVA to dismiss the GOP lawsuit. A few highlights from the filings include the following language:

For reactions to the Republicans’ lawsuit, see here, including Democratic super-lawyer Marc Elias commenting: “This is a really dumb lawsuit. I would note that not a single law firm is on these pleadings. Not even the ‘Kraken lawyers’ are on these pleadings.” 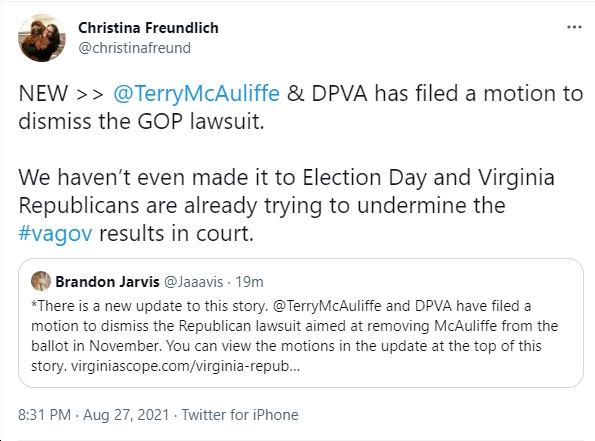 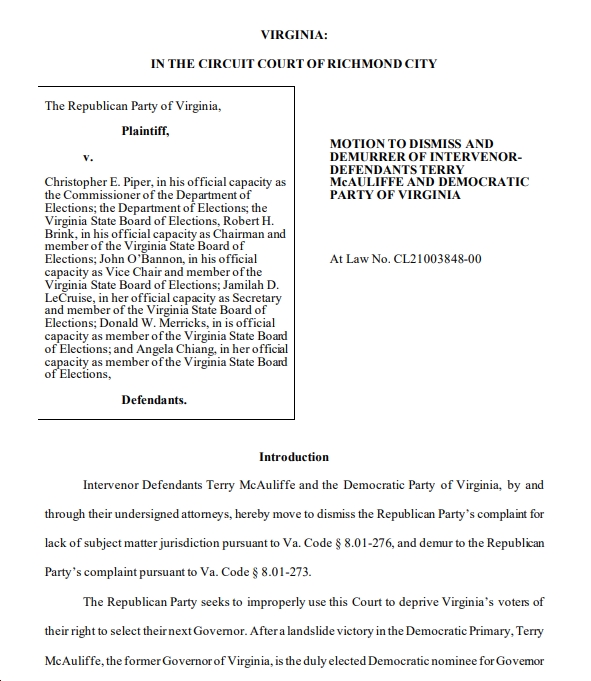 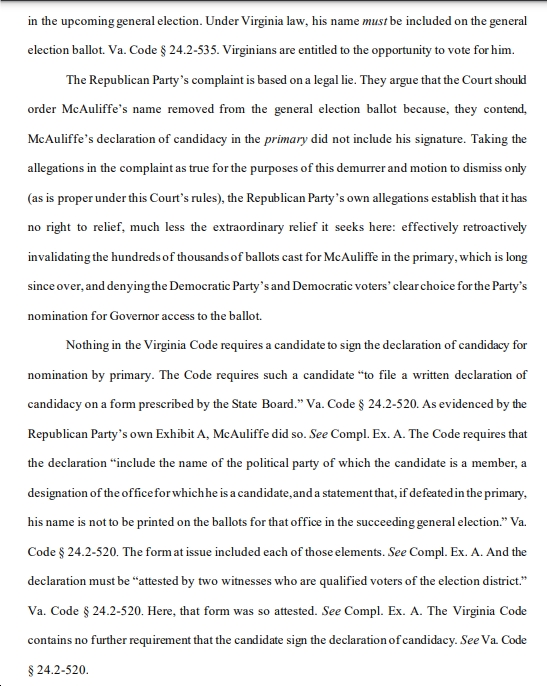 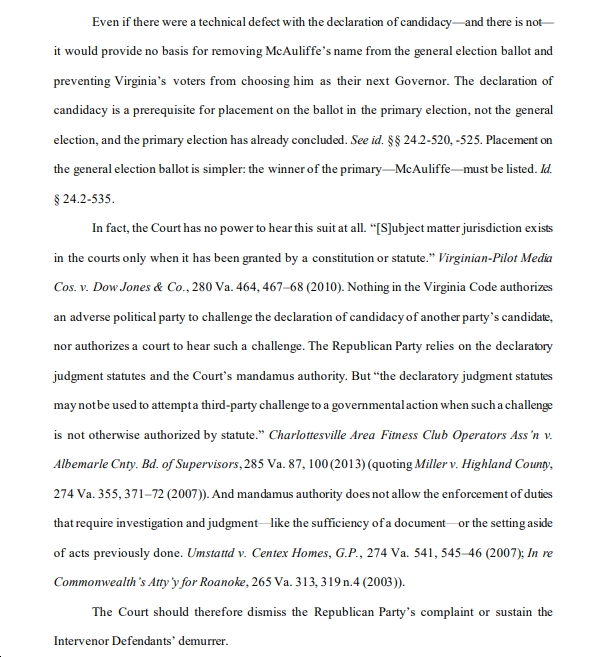 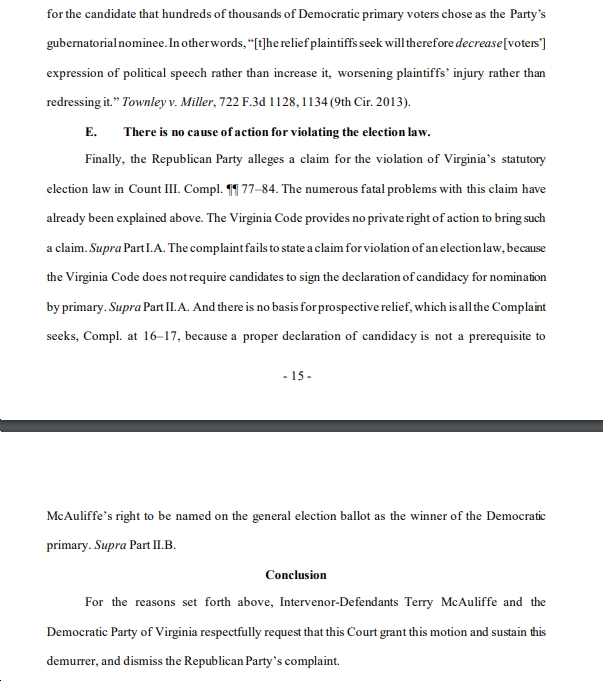 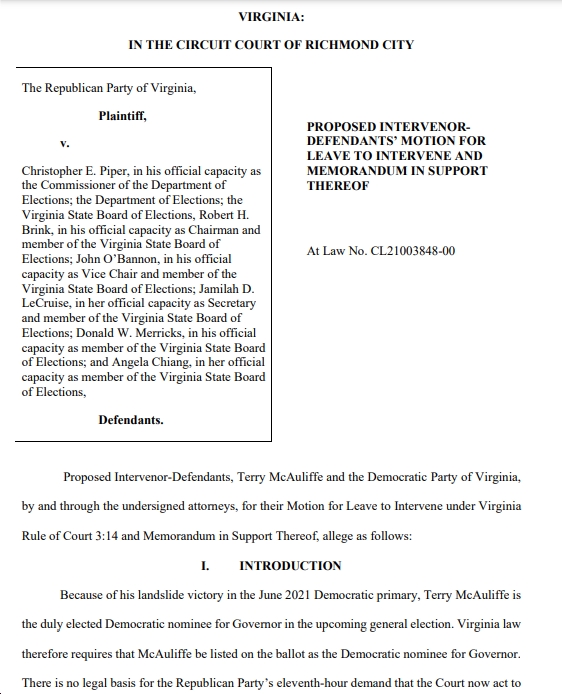 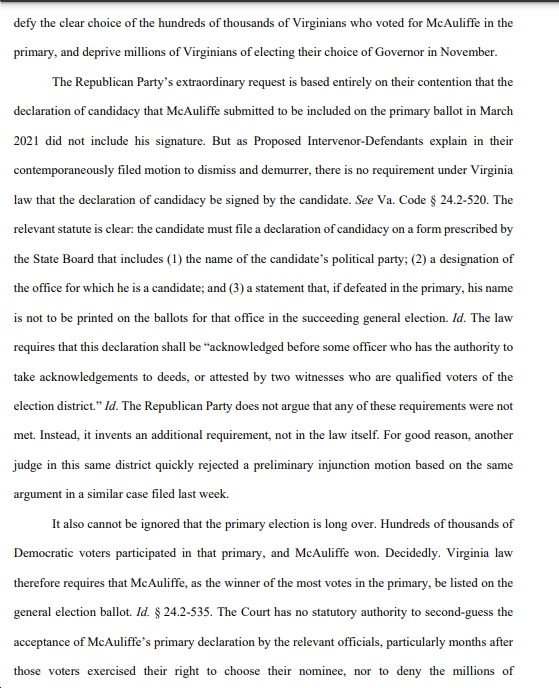 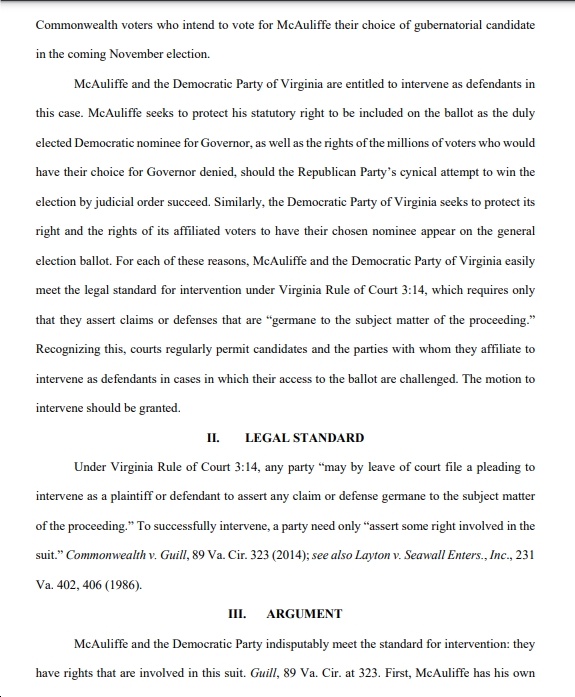 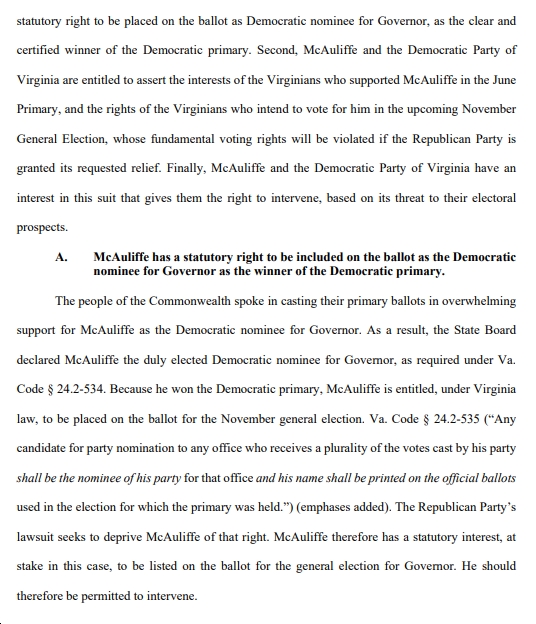 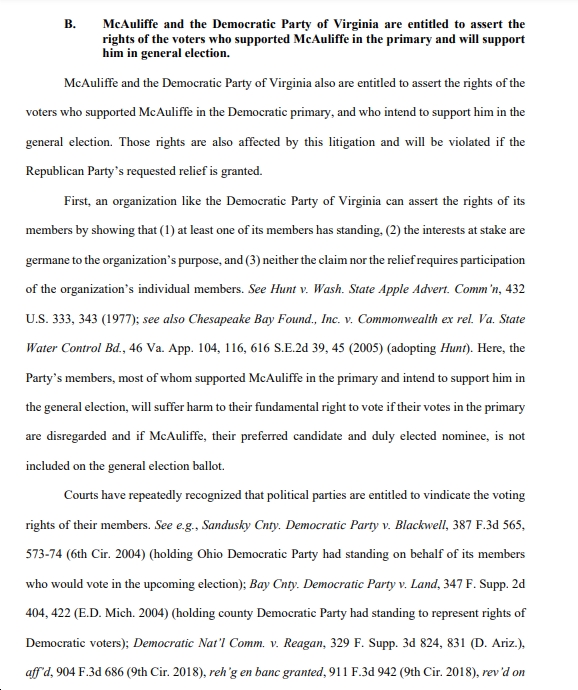 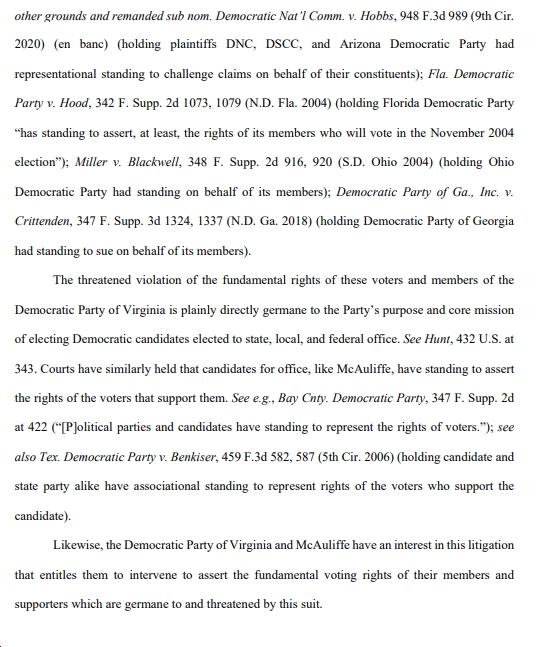 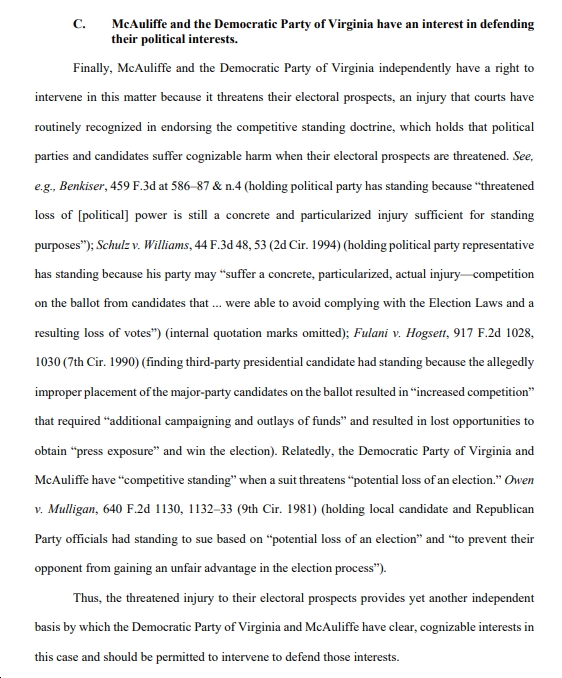 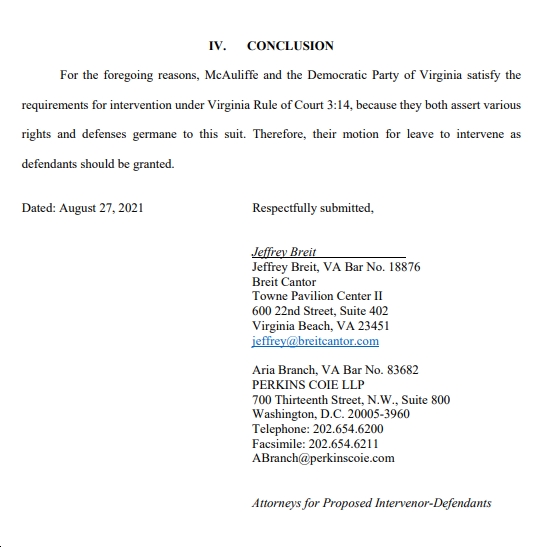