See below for some reactions to the VA GOP’s and Youngkin campaign’s latest “PR stunt” – a “hail Mary” attempt to force Terry McAuliffe off the ballot, which obviously isn’t going to happen, just coincidentally on the same day that a high-quality poll by AARP and CNU’s Wason Center found Trumpkin…er, Youngkin down 50%-41% to McAuliffe. Pathetic. 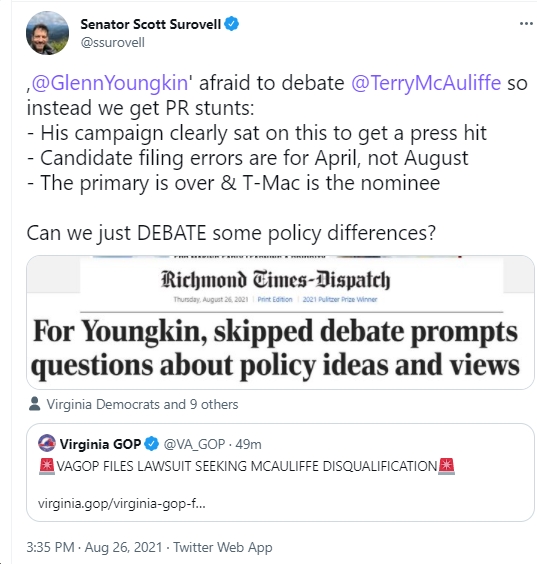 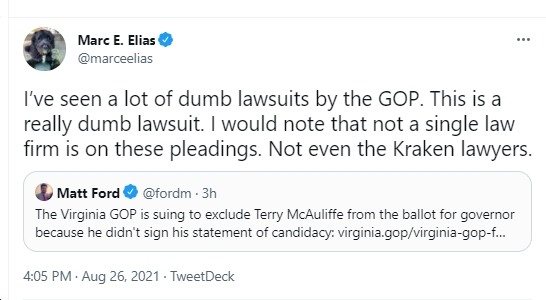 “Republicans touted the lawsuit on social media, but a similar suit against McAuliffe argued last week by a pair of Virginia voters failed to persuade a Richmond judge to halt the printing of ballots for the November election.” https://t.co/5W0BxImdoZ 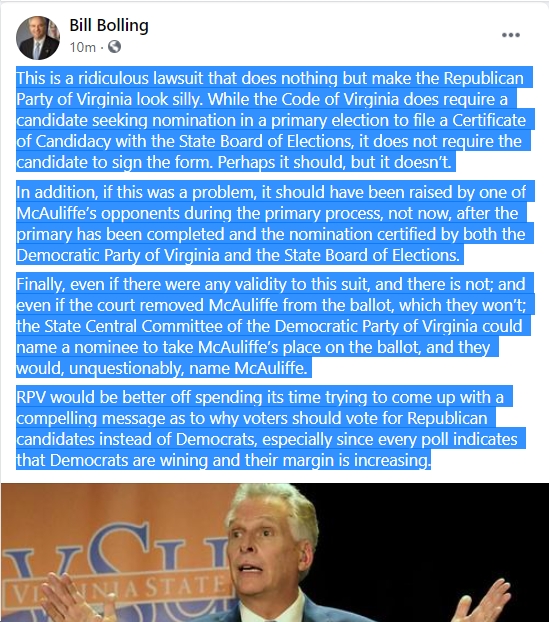 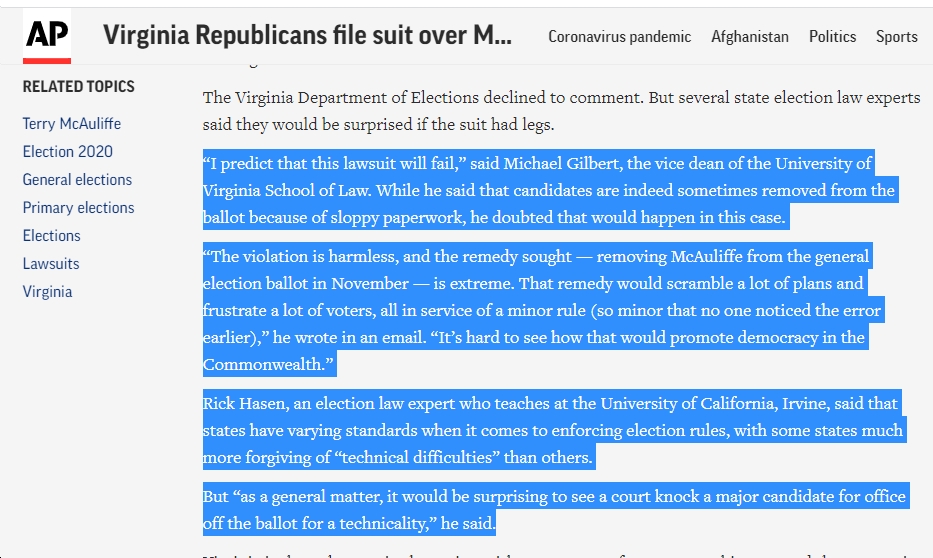 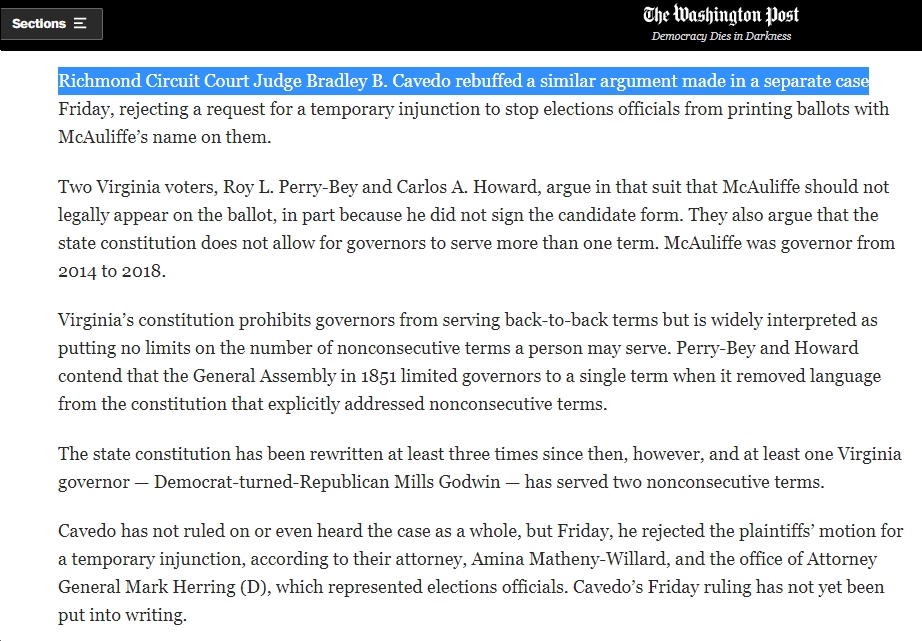 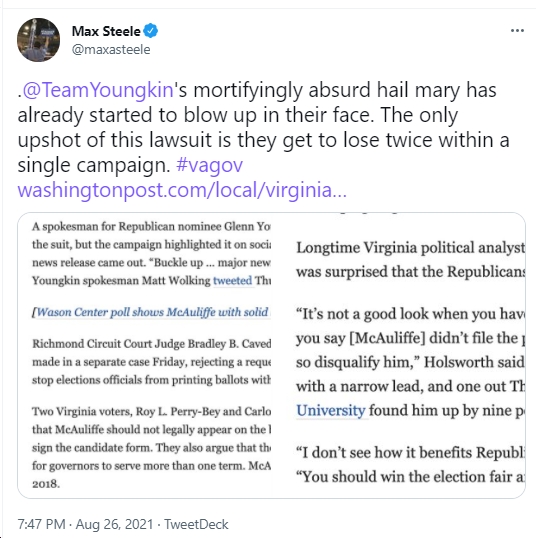