It’s been months, but we finally have an independent, non-Republican/non-Youngkin public poll (as opposed to all the Republican “internals,” etc.) of the Virginia governor’s race. Check out the new Roanoke College poll here, which finds that:

Democrats also lead the downticket races, with Del. Hala Ayala (D) leading former Del. Winsome Sears (R) by only 6 percentage points 42%-36% for lieutenant governor and Attorney General Mark Herring (D) leading Del. Jason Miyares (R) by 8 percentage points 45%-37% in the race for attorney general. The Institute for Policy and Opinion Research interviewed 558 likely Virginia voters between Aug. 3 and Aug. 17 and has a margin of error of +4.2%.

McAuliffe’s favorable rating is 44% while his unfavorable is 32% with 21% unsure or don’t know enough to have an opinion. Youngkin is at 27%/21% favorable/unfavorable, but half (50%) of likely voters still don’t have an opinion about him. 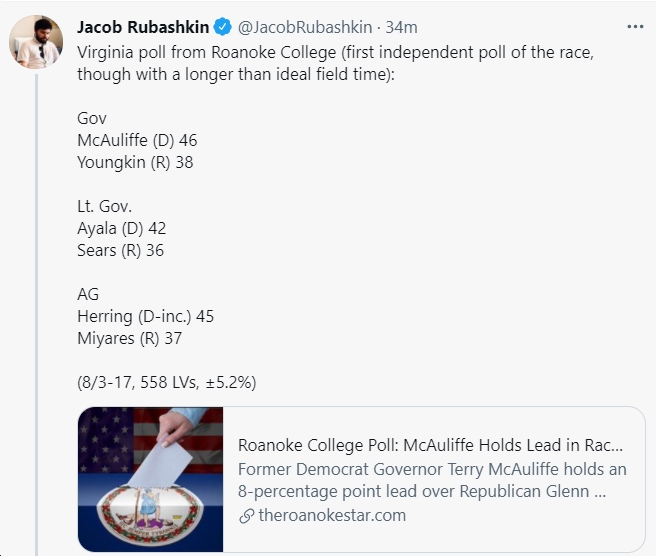 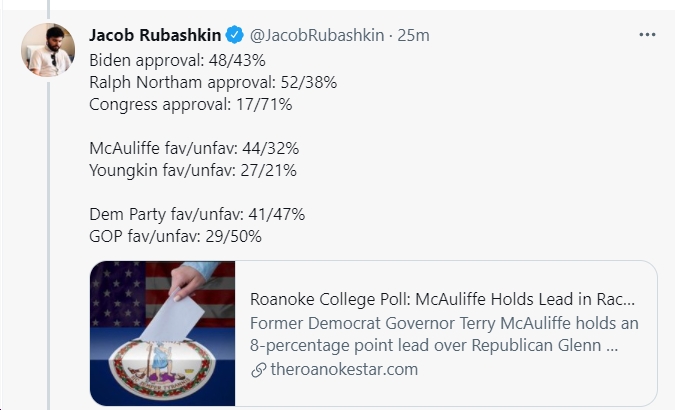 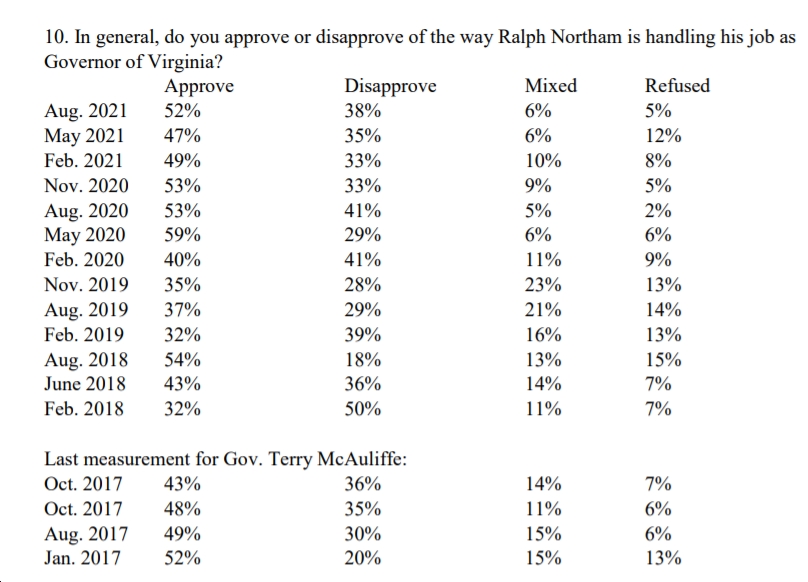 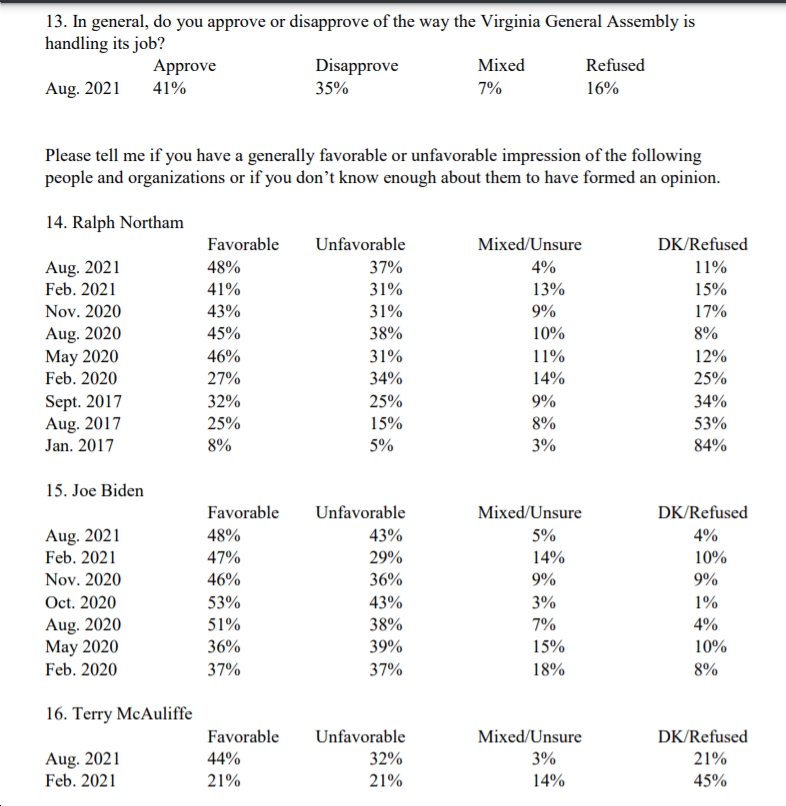 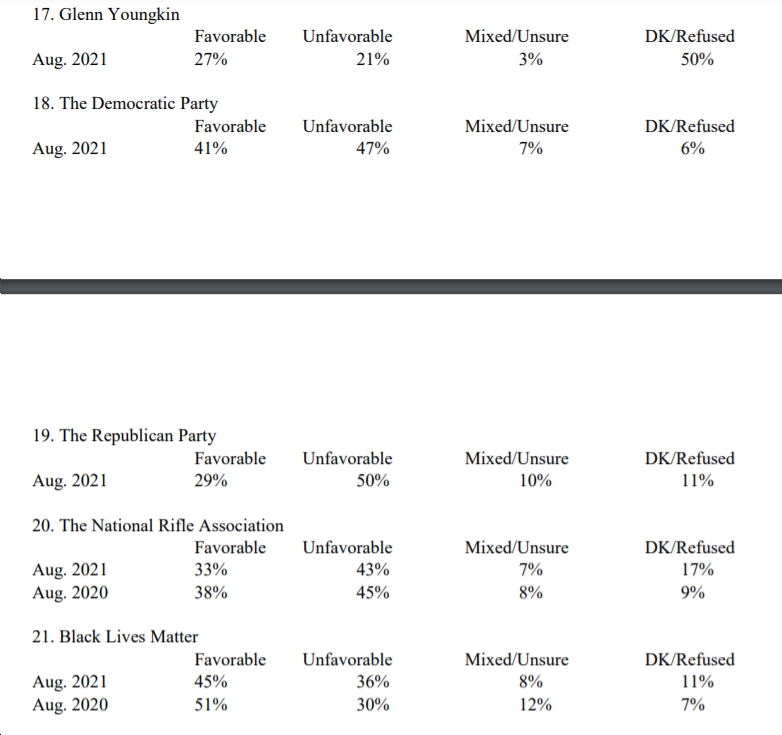 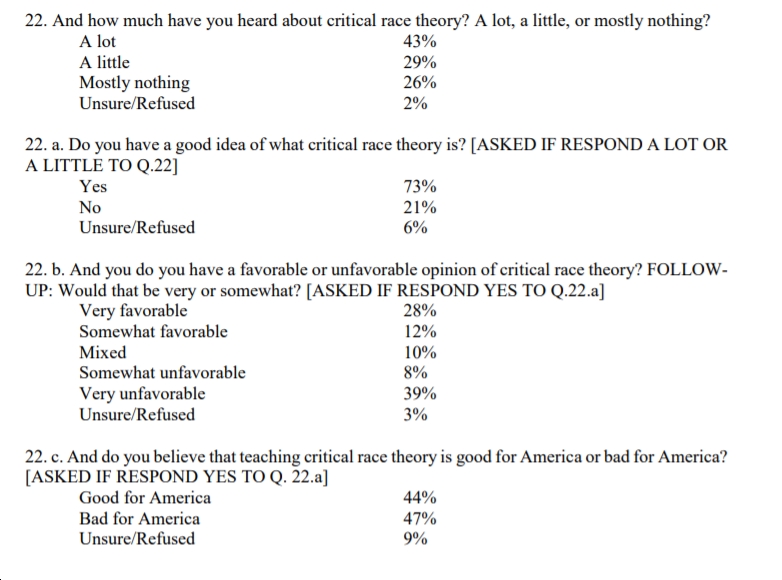