Earlier today, Sen. Tim Kaine attended (to quote his office’s description) a “hybrid outdoor and livestreamed celebration for Hispanic Heritage Month in Arlington where he [recognized] exemplary Latinos from across the Commonwealth for their contributions to their communities. Honorees are from Christiansburg, Roanoke, Fairfax, Alexandria, Virginia Beach, and Richmond.” See below for video of remarks by Sen. Kaine, Del. Alfonso Lopez and Del. Elizabeth Guzman (plus musicians, dancers, honorees, etc.). A few highlights include: 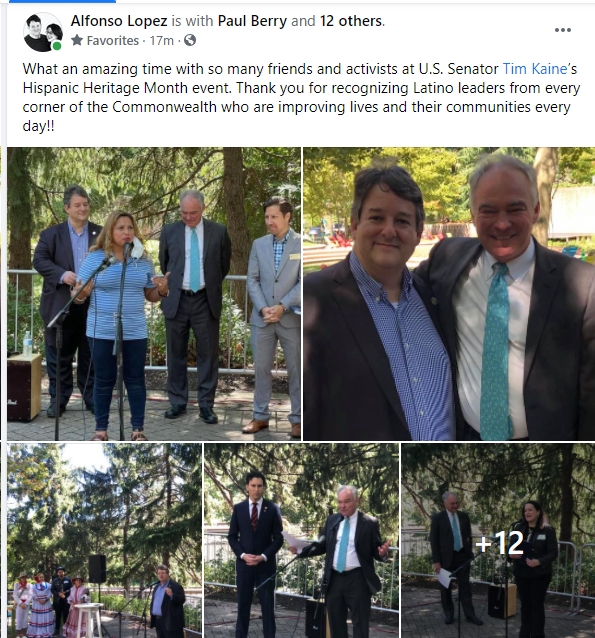