The latest from Glenn Youngkin…just appalling, “a new low.”

Richmond, VA –– Today, a brand new profile of Glenn Youngkin is highlighting exactly why he is too extreme for Virginia. This new reporting details Youngkin’s complete embrace of Donald Trump and the far-right figures who organized the GOP’s pro-insurrection rally in Virginia. It is also noted that Youngkin fundamentally opposes marriage equality and is using religion to attack and demean others.

Of course, a story about Youngkin wouldn’t be complete without his team having a meltdown about Glenn facing tough questions either. 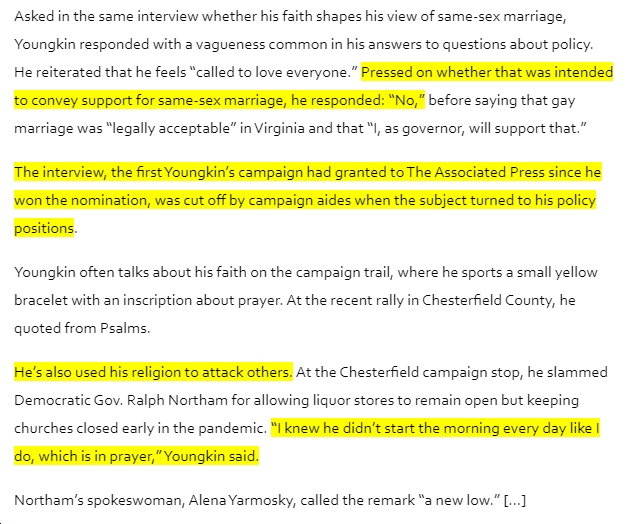