Congratulations to Jackie Hope Glass, who easily won tonight’s HD89 Democratic “firehouse caucus” in Norfolk, and will almost certainly be the next delegate from this overwhelmingly “blue” district. Glass defeated Alicia Smith by a 345-124 margin, according to Lauren Burke, with total turnout of 488 voters, according to Virginian Pilot/Daily Press reporter Ali Sullivan. The special election to replace Del. Jay Jones, who is resigning at the end of the year, will be held on January 11, 2022. Note that Smith was endorsed by Jones and many other elected officials, while Glass was endorsed by Norfolk Mayor Kenny Alexander, Norfolk City Council member Andria McClellan, etc. 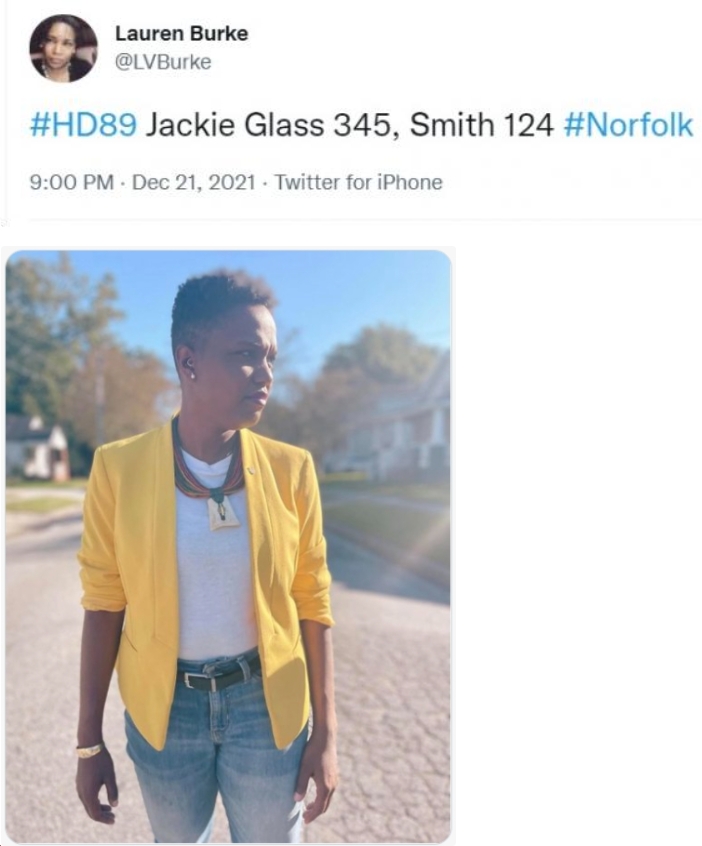 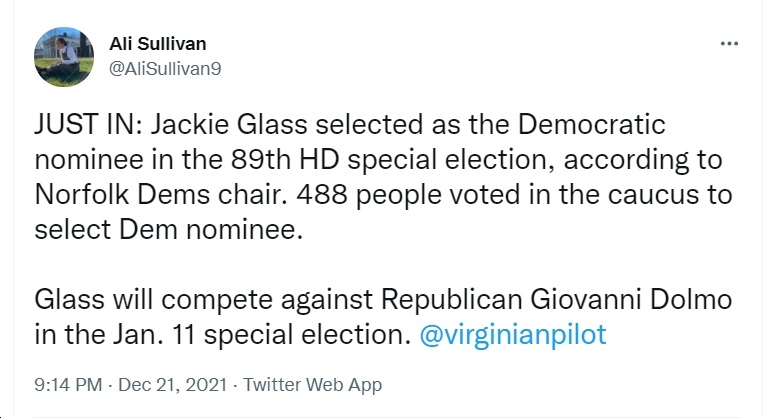