See below for Blue Virginia’s tweet this morning, which broke the news, followed by a tweet by Dave Wasserman of the Cook Political Report, which adds:

“Multiple people telling me suburban Richmond Rep. Abigail Spanberger (D) is gauging support for a run in a likely new Northern Virginia-based #VA07. If she faces a primary against several PWC-based Dems, she could take advantage of a divided field. If just one, tougher.”

Also note that Spanberger has something like $2.4 million cash on hand; that there could be multiple progressive candidates (e.g., Del. Elizabeth Guzman, Del. Josh Cole, former Del. Jennifer Carroll Foy)  in a VA07 Dem primary, possibly splitting the “left” vote; and that a VA07 primary without “ranked choice voting” would mean that Spanberger would only need a plurality to win. So…running in the new district definitely seems like something for Spanberger to consider, especially given that she doesn’t have many other options if she wants to remain in Congress. Of course, she doesn’t live in Prince William County, so she’d presumably need to move there, and could be seen as a “carpetbagger” or whatever. Or maybe Dem voters wouldn’t care too much about that? What do you think? 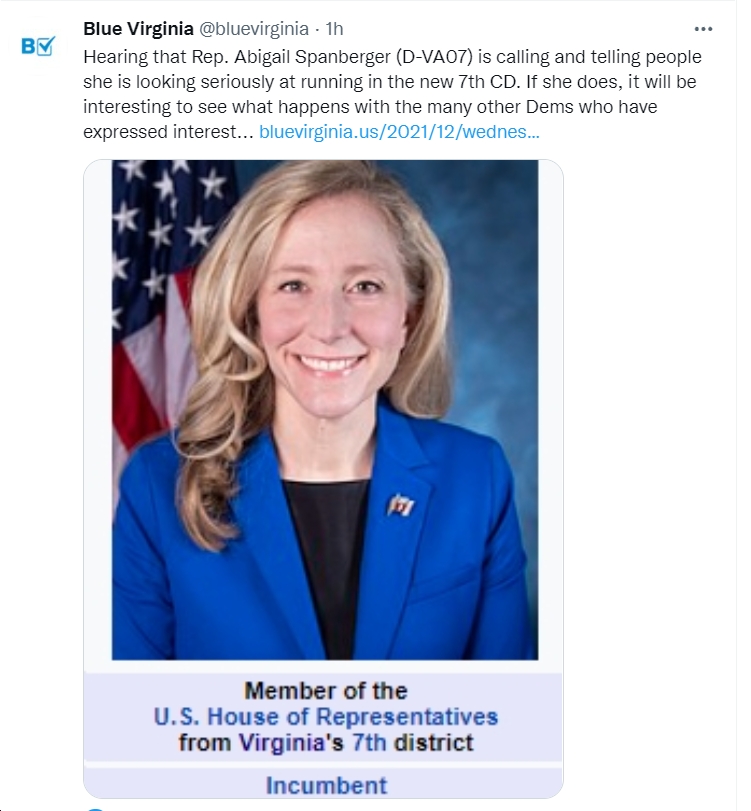 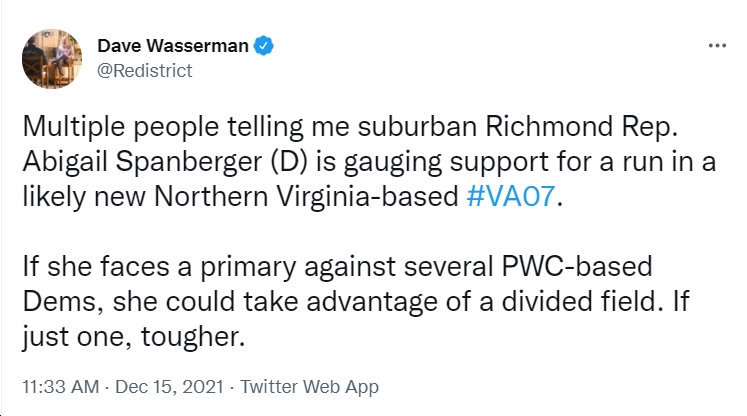