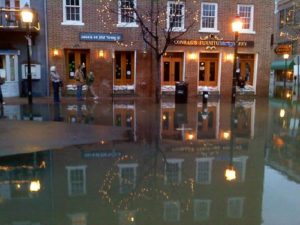 Governor-elect Glenn Youngkin has proven once again that he is far from the “moderate” he claims to be, as he has just pledged to pull Virginia out of the Regional Greenhouse Gas Initiative (RGGI), a program that represents our best chance to advance the Commonwealth to a clean energy future.

RGGI is an alliance of 10 Northeastern and Mid-Atlantic states + Virginia dedicated to reducing greenhouse gases by setting a region-wide cap on carbon dioxide (CO2) emissions from electric power plants and requiring power plants to buy CO2 “allowances” permitting them to release increasingly restricted quantities of the gas.

Auctions of these allowances raise millions of dollars for state clean energy programs – as a matter of fact, Virginia recently announced that its first year of participation in RGGI had netted the state a whopping $228 million. These funds are earmarked by state law to go primarily towards energy efficiency and flood protection programs. And funding of these programs is essential, considering the toll that floods have recently taken on Virginia communities ranging from Norfolk to Alexandria to Hurley.

Youngkin’s claim that pulling out of RGGI would save electric ratepayers money comes up hollow when you consider the impact of the over $100 million that will be going to state energy efficiency programs aimed at low-income residents – just this year alone. RGGI estimates that reinvestment by its member states of CO2 auction proceeds in 2019 generated $1.3 billion in energy bill savings while avoiding the emission of 2.5 million tons of CO2.

In short, Youngkin wants to reverse all the recent progress that we have made in finally turning Virginia into a clean energy leader, to pull us back to being a climate and energy loser once again.

The good news is that he does not appear to have the power to pull Virginia out of RGGI via executive order as promised. The Virginia Mercury quotes Cale Jaffe, director of the University of Virginia School of Law’s Environmental Law and Community Engagement Clinic on this: “The (State Air Pollution Control) Board has promulgated a regulation to join RGGI. No governor can issue an executive order to just undo a duly promulgated regulation.”

And while the Air Pollution Control Board’s members are appointed by the governor, only two of them have terms coming up for renewal in 2022. Furthermore, a law enacted by the General Assembly in 2020, the Clean Energy and Community Flood Preparedness Act, legally authorizes Virginia’s participation in RGGI – another potential legal barrier to implementation of Youngkin’s bad idea.

However, as lots of evidence has demonstrated recently, today’s Republicans don’t always follow laws and regulations.  Therefore, it is imperative for Virginia Democrats to oppose Youngkin’s war on clean energy in both word and deed.

“Governor-elect Youngkin’s proposal to remove Virginia from RGGI would be catastrophic to our commonwealth’s, region’s, and nation’s efforts to ensure a habitable world for future generations. We only have one world—with Hampton Roads perpetually flooded, the Chesapeake Bay’s future at risk, and Virginians’ health declining, there is no time left to play politics with Mother Nature.”

A good start! Now we all need to contact our Senators and Delegates to implore them to not only denounce the proposal to pull Virginia out of RGGI, but to pass legislative and budgetary roadblocks to actively prevent Youngkin from causing this damage to the Commonwealth.

You can find their contact info here for the Senate and here for the House of Delegates. Please fill up their email and voicemail boxes with your concerns – now there’s the type of flood from which we could all actually benefit.