Nicole Merlene – who primaried State Senator Barbara Favola (D) in 2019, losing 62%-38%; and who ran for the Arlington County Board of Supervisors in May 2020, finishing fourth, behind Takis Karantonis, Barbara Kanninen and Chanda Choun – is the first of (likely) many Democratic candidates to announce their candidacies in the new House of Delegates district 2 in Arlington County. In her announcement (see below), Merlene says “After decades of underrepresentation in the Virginia General Assembly, Arlington’s urban village deserves more,” listing her priorities as “expand middle class housing,” “require mental health parity in our healthcare system,” “expand criminal justice reform to eradicate the disproportionate incarceration of Black people,”  “include environmental sustainability in all legislation,” etc.

Other possible/rumored candidates include Adele McClure (@AdeleMcClure_) Yasmine Taeb (@YasmineTaeb) Atima Omara (@atima_omara) Matt Rogers (@Politidope) Brad Haywood (@BradleyRHaywood) Jonathan Dromgoole (@J_Dromgoole), Kevin Saucedo-Broach (@kevsaucebro) and Jarrod Nagurka (@JNagurka). Note that, as of now, we don’t know for sure when the next elections for Virginia House of Delegates will be – 2022? 2023? We’ll have to see what the courts decide. But in the meantime, candidates are gearing up to run in new district lines. 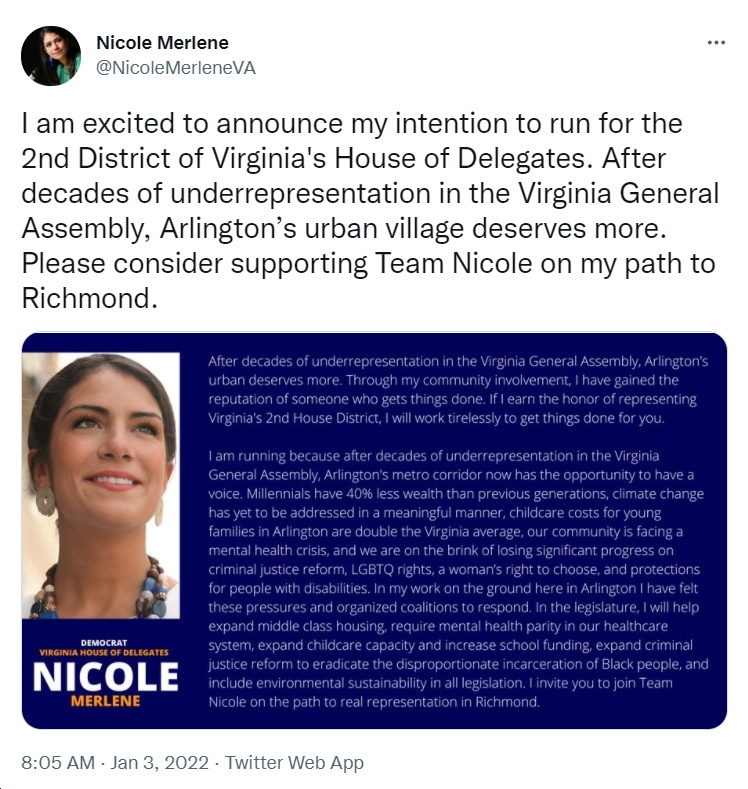 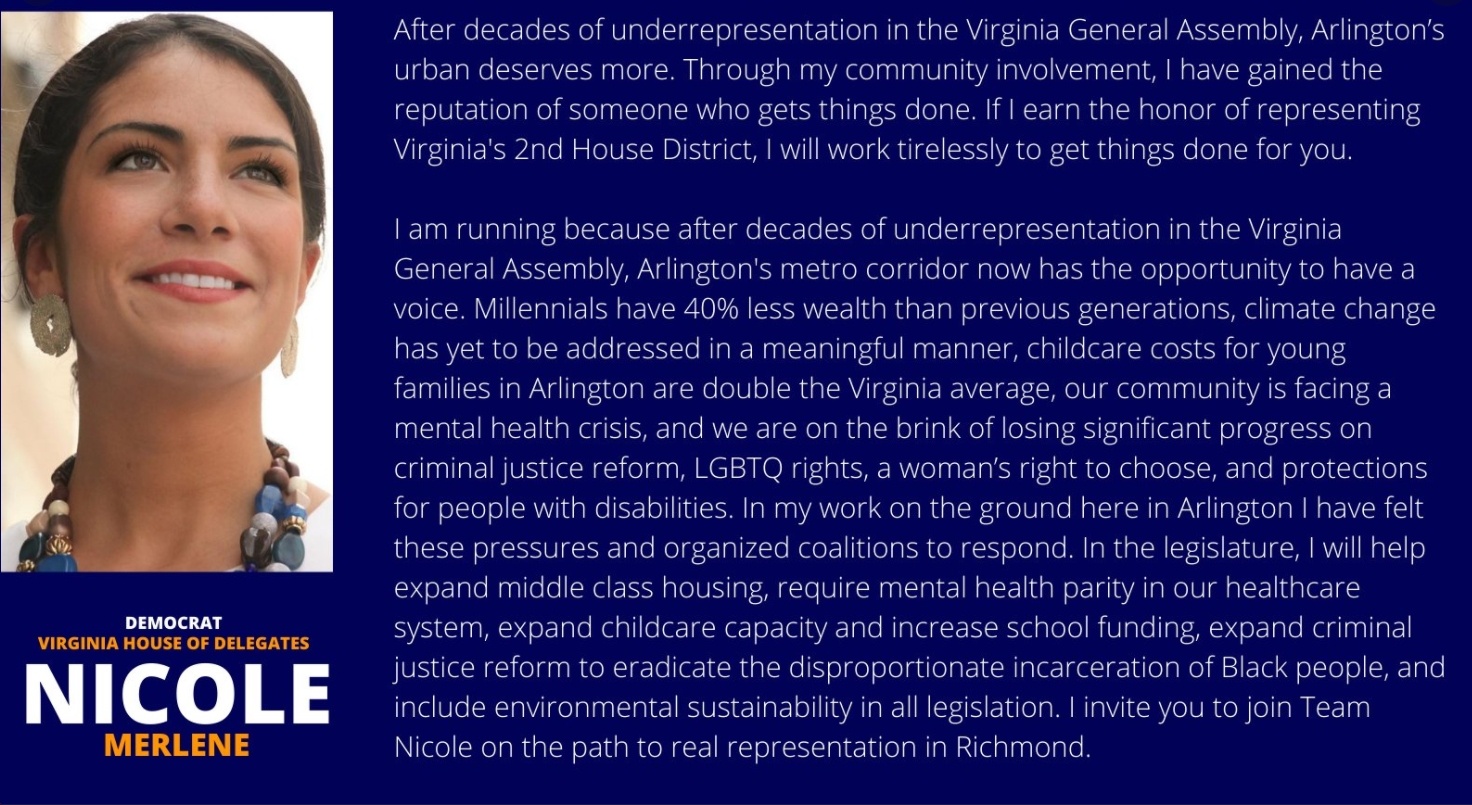