See below for a press release from Virginia Money Out of Politics and polling data from the Wason Center for Civic Leadership at Christopher Newport University, which finds that “78% of Virginians support reducing money from big campaign donors, and 88% of Virginians support public disclosure of contributions.” Now obviously, the Virginia General Assembly should pass these measures, but will they? Let’s just say, don’t hold your breath (but definitely let your legislator know you WANT this!).

This comes after Virginia just held its most expensive election in history, with a record amount of money — $7 million — contributed by undisclosed donors. Virginia was rated 46 out of 50 in the 2020 S.W.A.M.P Index, a ranking of states based on accountability and transparency in ethics and related legislation.

The polling confirms voters’ perceptions that unchecked political spending in Virginia by corporations, unions, special interest groups and wealthy individuals is overwhelming the voices of average citizens. As a result, candidates devote an increasing amount of time to fundraising, rather than engaging with voters and constituents. Big spending weakens the ability of Virginians to freely and fairly elect a representative government of, by and for the people.

“These polling results reveal that Virginia voters recognize that good governance is a critical barometer for our democracy,” said Shruti Shah, President and CEO of the Coalition for Integrity.

VaOurWay’s Executive Director, Heidi Drauschak, added “these issues have been discussed in Virginia for many years and these polling results show that Virginians now expect the General Assembly to act.”

Money Out Virginia, the Virginia chapter of American Promise, commissioned the poll. The group works to decrease the influence money has on politics by supporting an amendment to the U.S. Constitution that would give states more power in regulating election spending and supporting campaign finance reform in Virginia. Poll results revealed that 59% of Virginians support that constitutional amendment.

“Virginia citizens like myself seek campaign finance reform to enable our elected legislators to better reflect the interests and will of the average citizens of the Commonwealth,” said Nancy Morgan, coordinator of the Virginia chapter of American Promise.

“Virginians, like voters across America, want more accountability and less corruption in politics. They are tired of special interests rigging the system in their favor,” said Trevor Potter, president and founder of Campaign Legal Center (CLC). “Virginians and voters nationwide have a right to know who’s spending big money to influence our votes and our government. It’s time to pass state and federal reforms to boost transparency and protect our First Amendment rights to have our voices heard in government.”

Campaign finance reform legislation will be introduced during the upcoming 2022 General Assembly session. Bills seeking to restrict the personal use of campaign funds, strengthen current disclosure provisions, enhance oversight authority of the State Board of Elections and limit contributions have been sponsored by members of both parties. 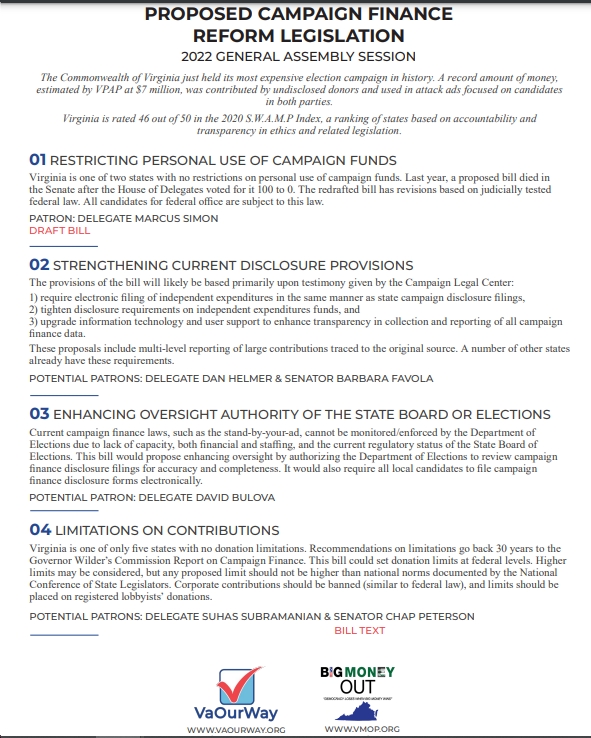 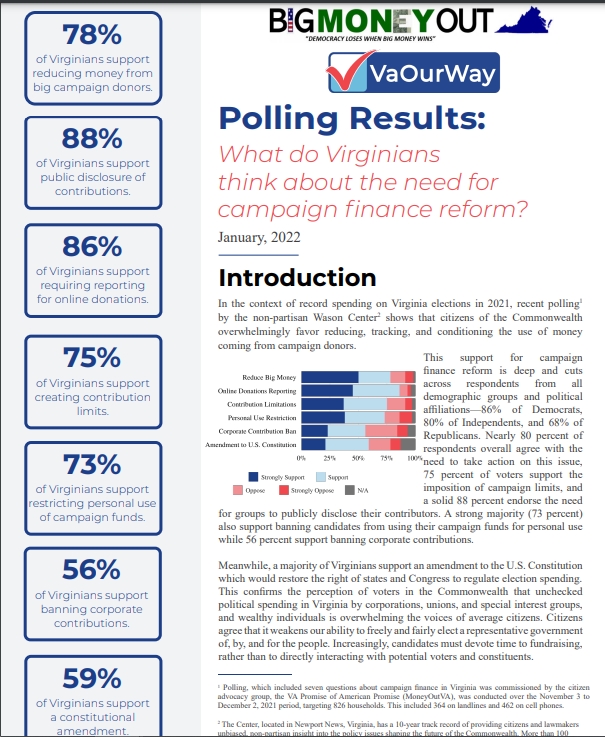 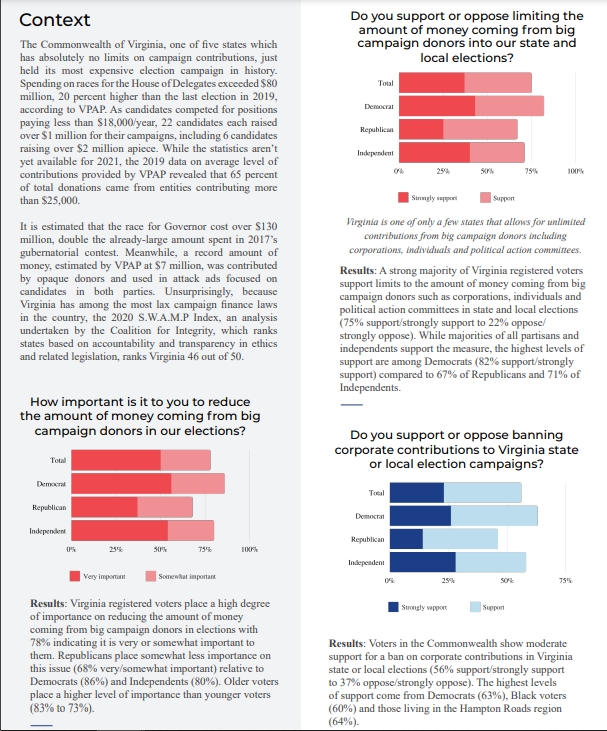 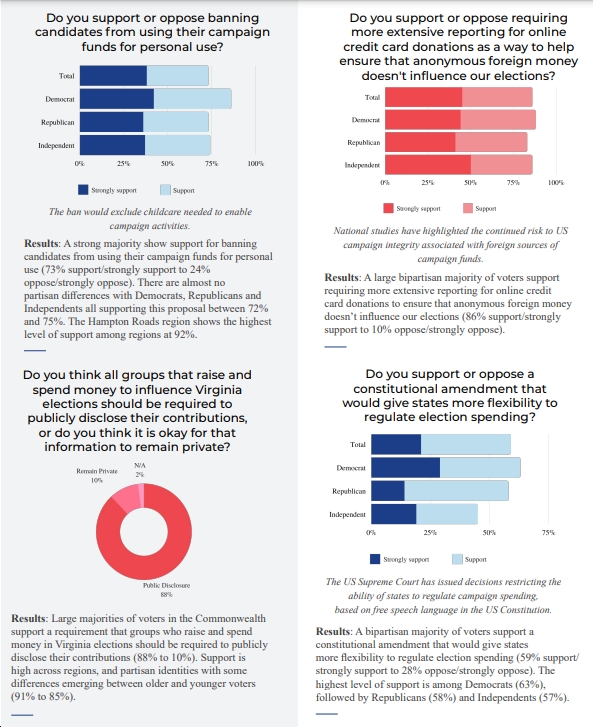