UPDATED 3/16: This morning on WRVA (right-wing talk radio), the President of VASS, Dr. Zebedee Talley, had the following to say.

UPDATED 3/12: It took them long enough to clarify, but it now turns out – “VASS Executive Director Ben Kiser clarified that the letter was crafted and adopted by the 12 member board and doesn’t necessarily reflect a consensus among all of its members.”

The following – by “133 Virginia school superintendents” – is a MUCH-deserved rebuttal of the appalling, disgraceful, 30-day “interim report” issued a few weeks ago by the Youngkin administration, regarding the status of the administration’s efforts to implement Youngkin’s absurd Executive Order #1, ” identifying and addressing inherently divisive concepts – including ‘Critical Race Theory and its progeny’ – in public education.” As the letter from the superintendents says: 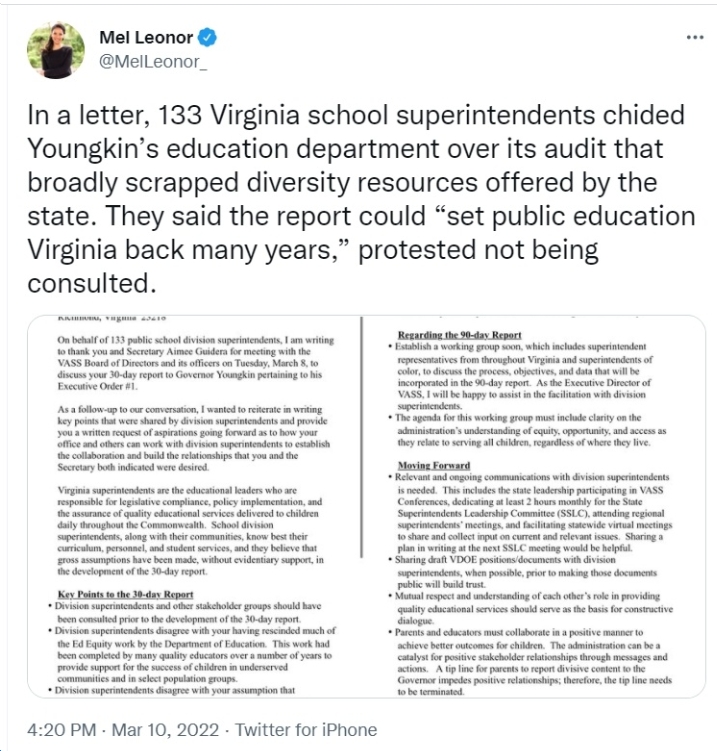