Brilliant thread by Thomas Zimmer (“Visiting Prof. @Georgetown  – 20th-Century History of Democracy and Its Discontents  – Contributing Opinion Writer @GuardianUS“) on an utterly bizarre, borderline unhinged editorial the other day by the NY Times, which “present[ed] a purely mythical idea of what ‘free speech’ is, an ahistorical tale of the country’s past, and a narrative that is detached from the current reality of the political conflict.” Among other problems with the NY Times’ hysterical editorial, as Zimmer points out, is that it provides “cover…for the reactionary ‘cancel culture’ crusade.” In doing so, the NY Times commissioned a “poll” which, after the paper “told [readers] many times about this supposedly massive problem,” it “then ask[ed]: Is it a problem?” So what is this “cancel culture” hysteria really about? According to Zimmer, it’s really about the following:

“A reactionary centrism fueled by a pervasive anxiety among elites who are convinced that the assault on traditional authority has gone too far. I think the key to understanding not just the cancel culture panic, but the political conflict in general is to conceptualize it as a struggle over authority – a struggle between those who want to uphold traditional authority vs. those who are challenging it…The reactionary political project behind the ‘cancel culture’ crusade is about maintaining hierarchies, about entrenching white Christian patriarchal dominance and authority in all spheres of American life: the local community, the public square, the workplace, the family. Weaponized ideas of “cancel culture” serve to uphold traditional norms of speech, and thereby traditional white patriarchal authority – they seek to entrench the ‘free speech’ of some at the expense of others, the right to expression only of certain groups.”

Read the entire thread by Zimmer, below, and keep this in mind the next time you hear anyone yammering on about “cancel culture.” 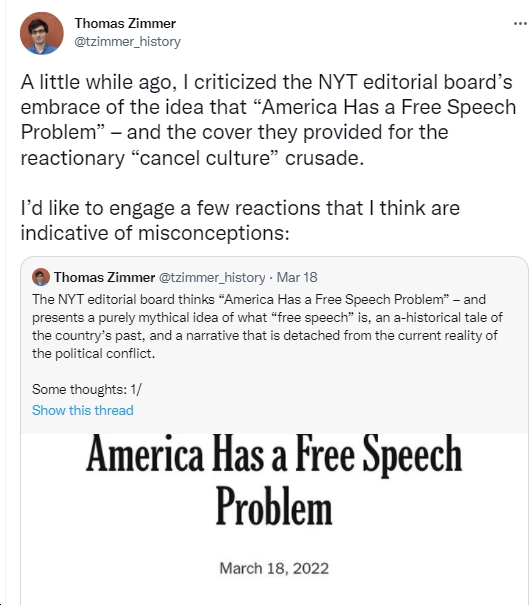 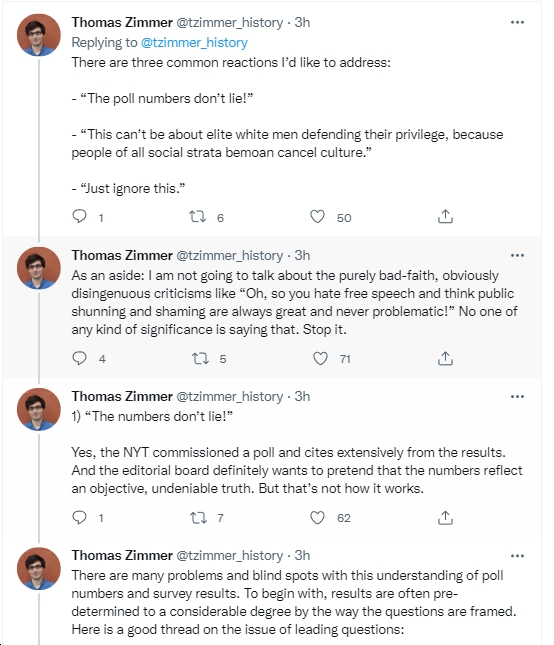 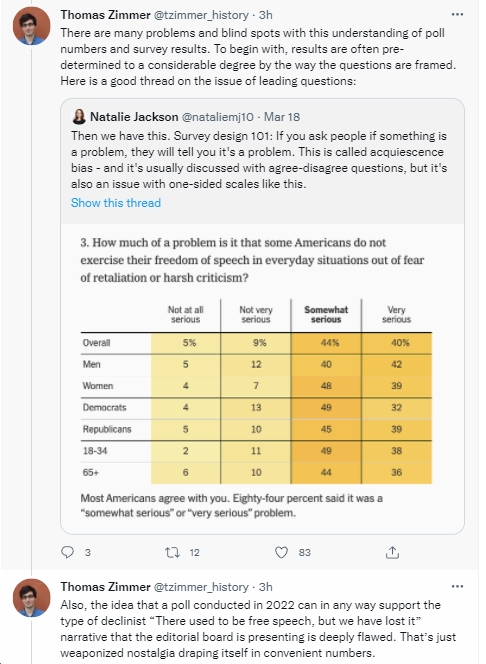 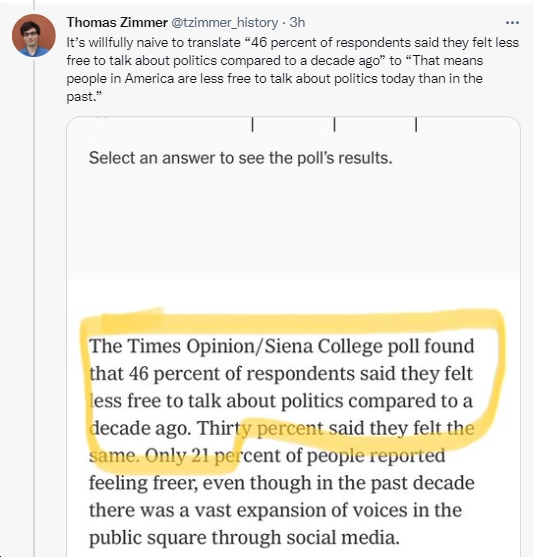 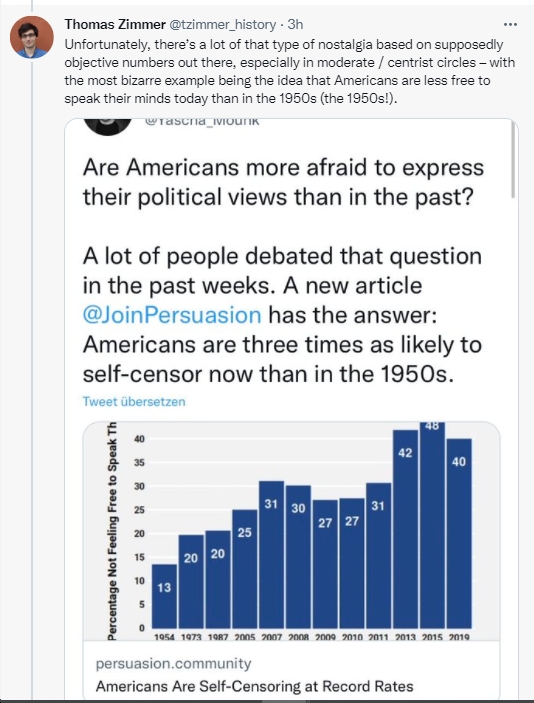 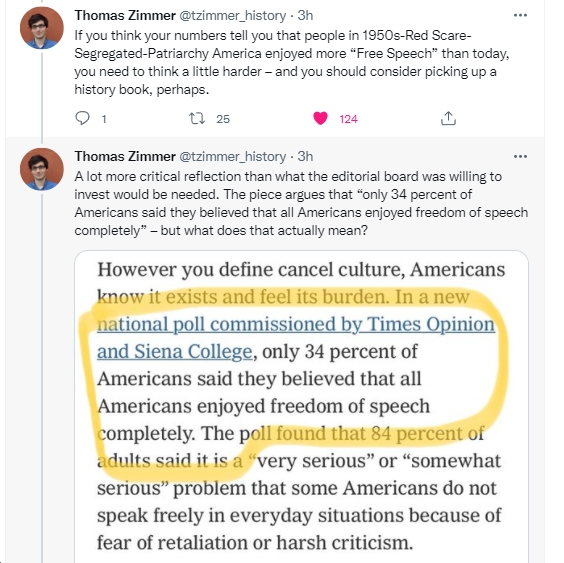 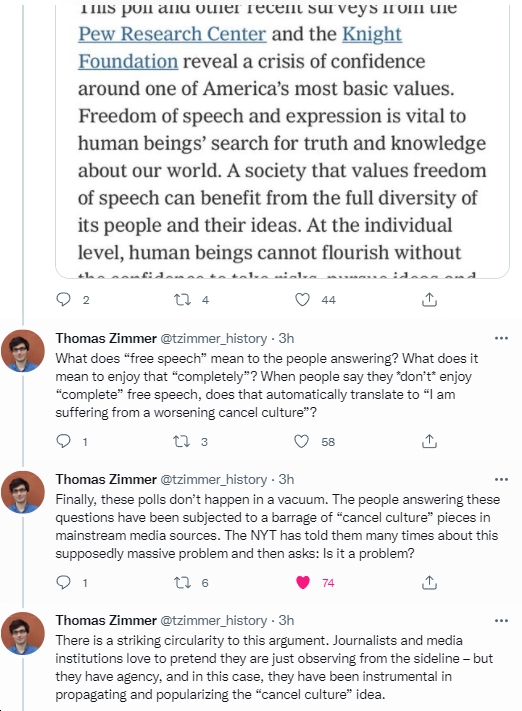 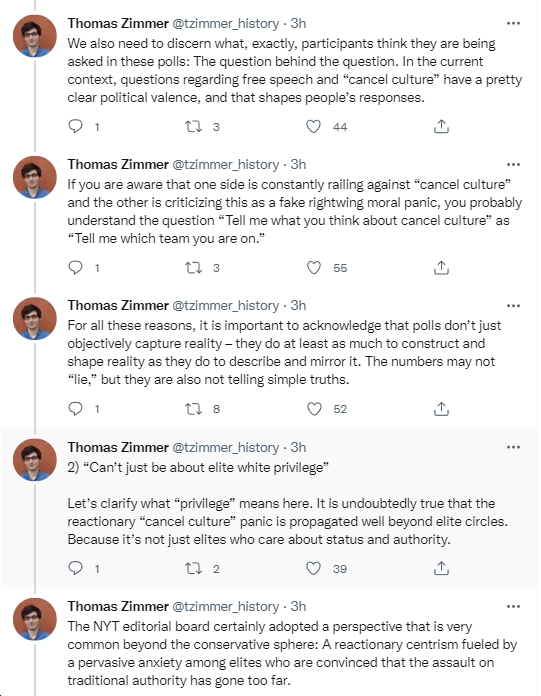 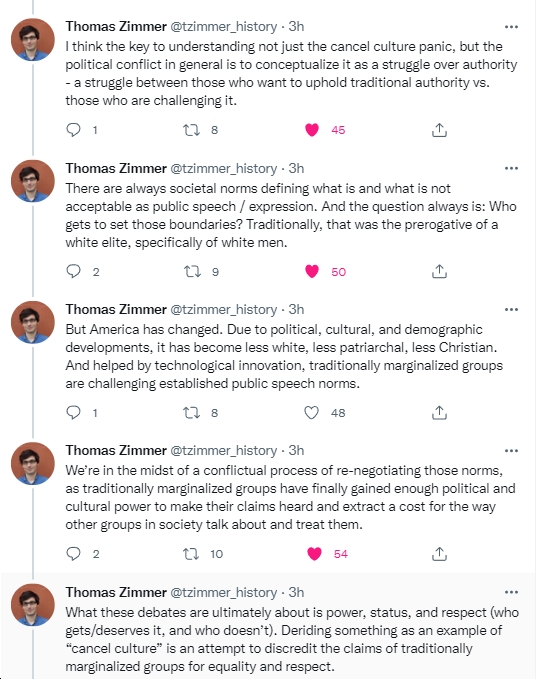 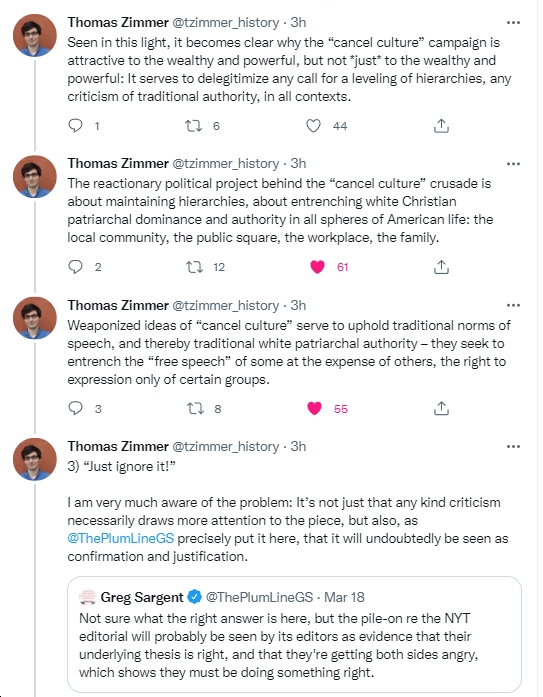 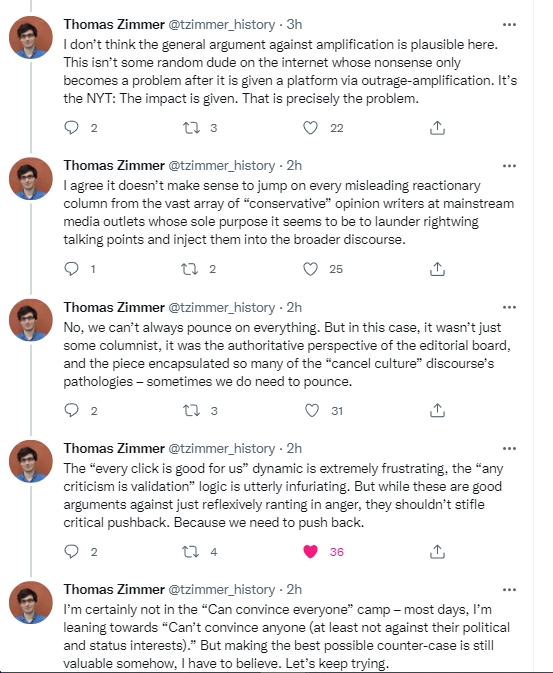