See below for video of Ukrainian President Volodomir Zelenskyy’s speech to Congress this morning, as well as reactions from Virginia Democratic members of Congress. Slava Ukraini!

~ On President Zelenskyy’s address to Congress ~

“I was incredibly moved by President Zelenskyy’s words this morning and by the powerful images of the destruction inflicted on the Ukrainian people as a result of Russia’s indiscriminate attacks on civilian targets. As President Zelenskyy noted, the U.S. has already taken unprecedented steps to rally the world to isolate Russia economically and to support Ukraine’s efforts to defend itself. We should heed President Zelenskyy’s call for additional defensive aid including anti-tank weapons and anti-aircraft missiles and for new sanctions on those responsible for supporting the Russian government’s barbaric invasion of a peaceful and sovereign neighbor.” 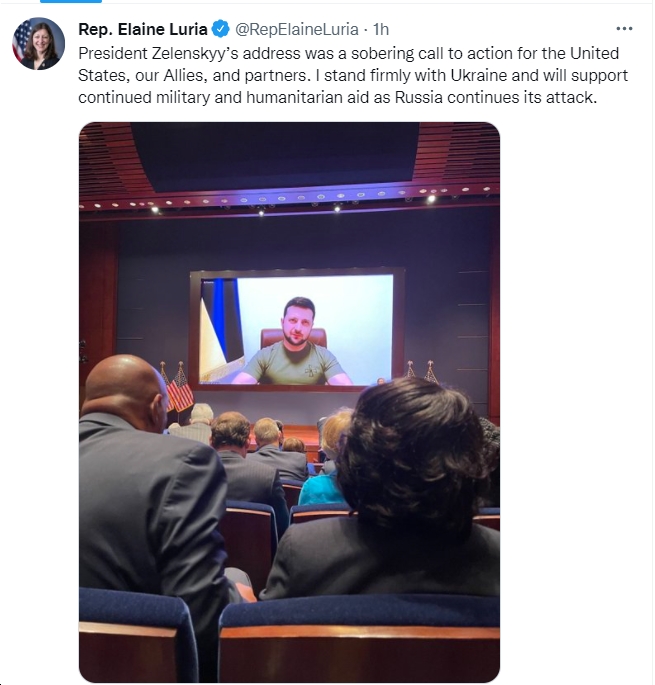 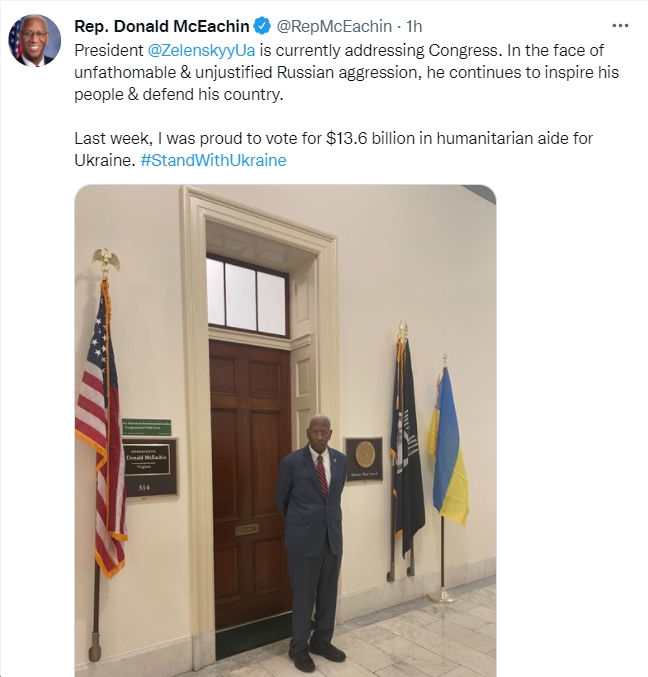 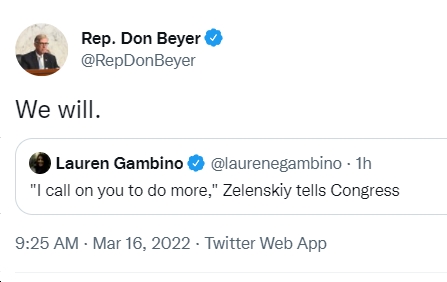 Great speech from President Zelenskyy this morning. I'm in awe of his leadership and the Ukrainian people’s courage.

We must continue to isolate Russia from the global economy, hold Putin and his oligarchs accountable, and support Ukraine in their fight for democracy. pic.twitter.com/2l8ldPpLpy