See below for a great thread by Georgetown University Visiting Professor Thomas Zimmer on the controversy around former VP Mike Pence’s speech to UVA’s chapter of the (hard-right) Young America’s Foundation this past week. If you want to watch the speech – which was, as usual with Pence, smarmy, oily, vapid, filled with lies and distortions, fear-mongering, bigoted, and right wingnut in general – check it out on CSPAN. But yeah, it really really sucked. As for the controversy around Pence giving the speech – and the Washington Post’s role in stoking that controversy – Thomas Zimmer really nails it. For instance, as he writes: 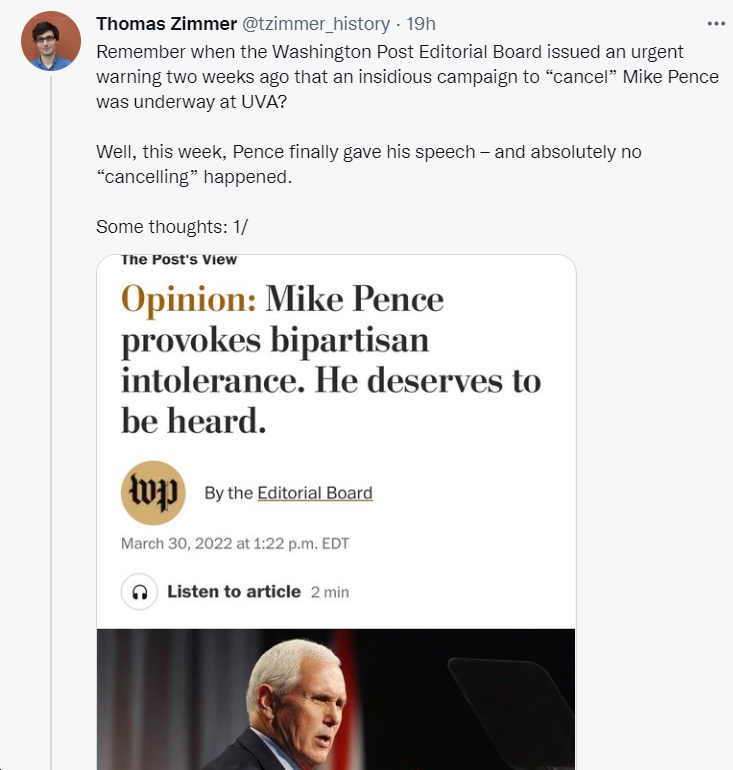 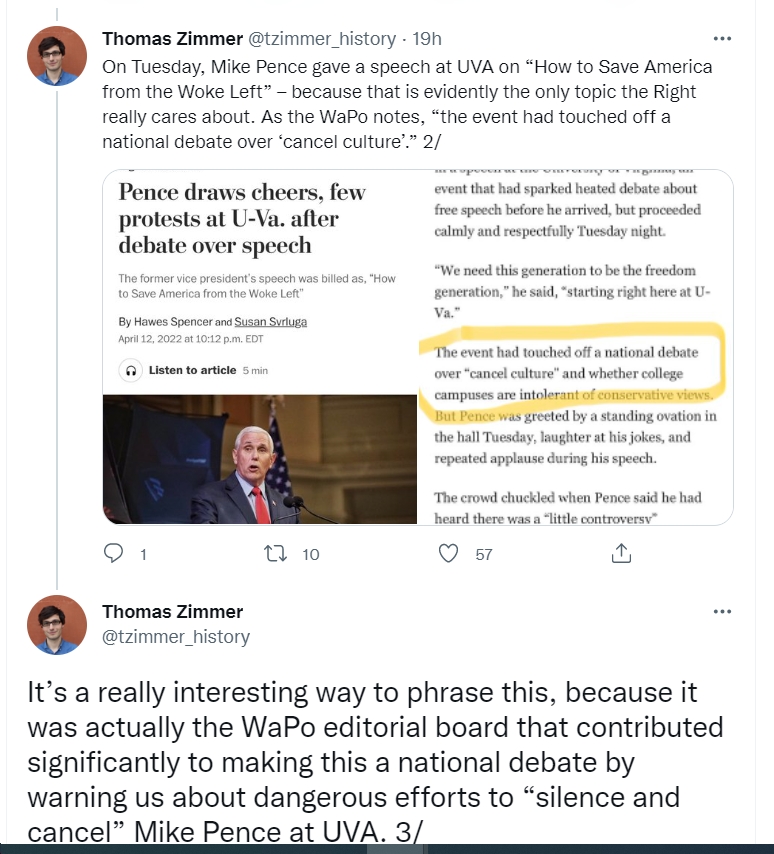 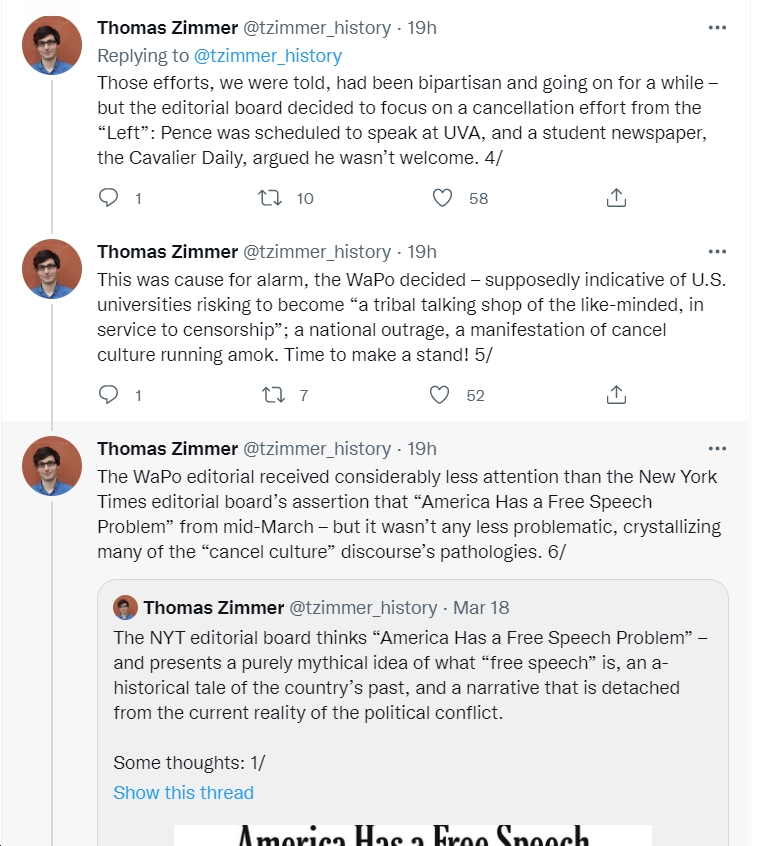 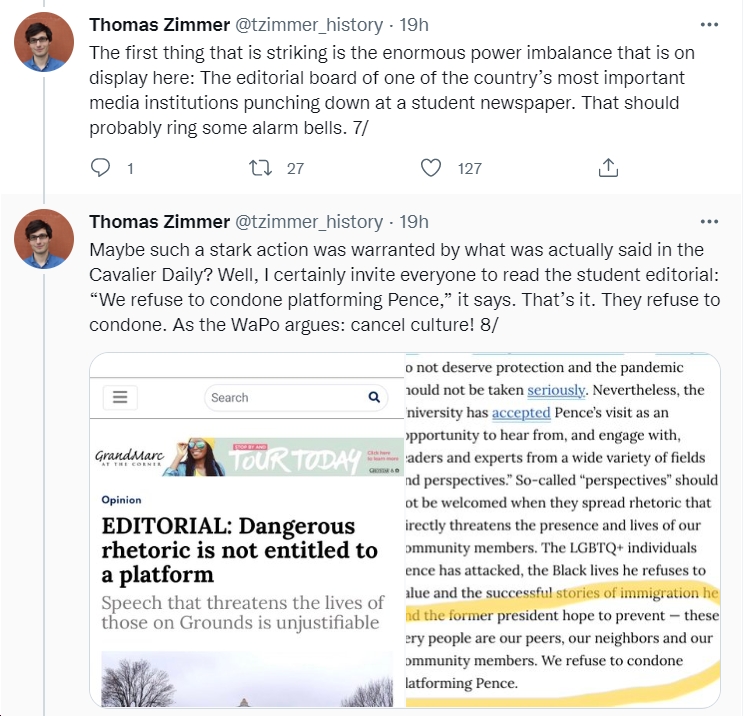 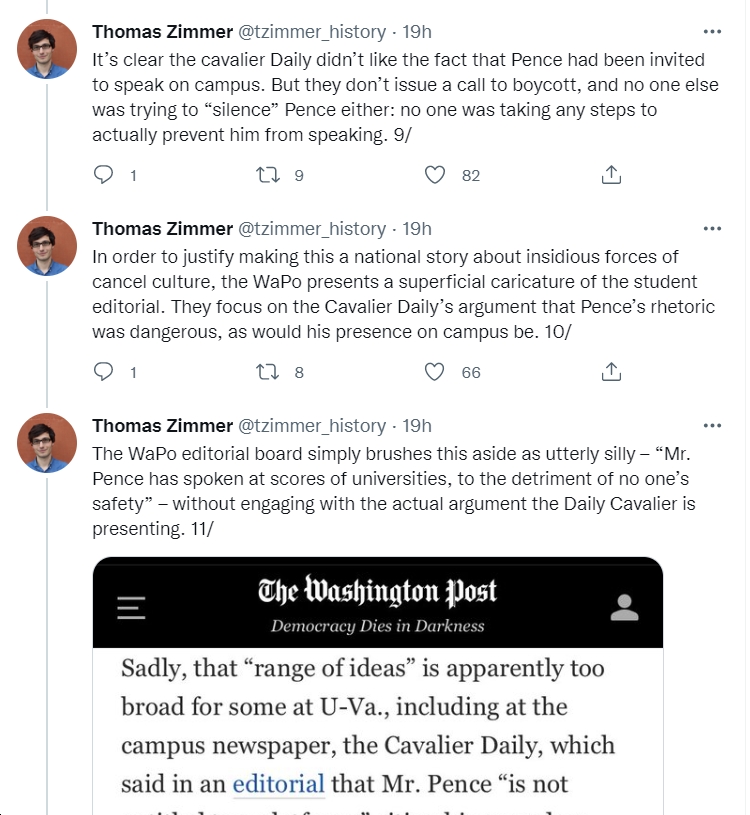 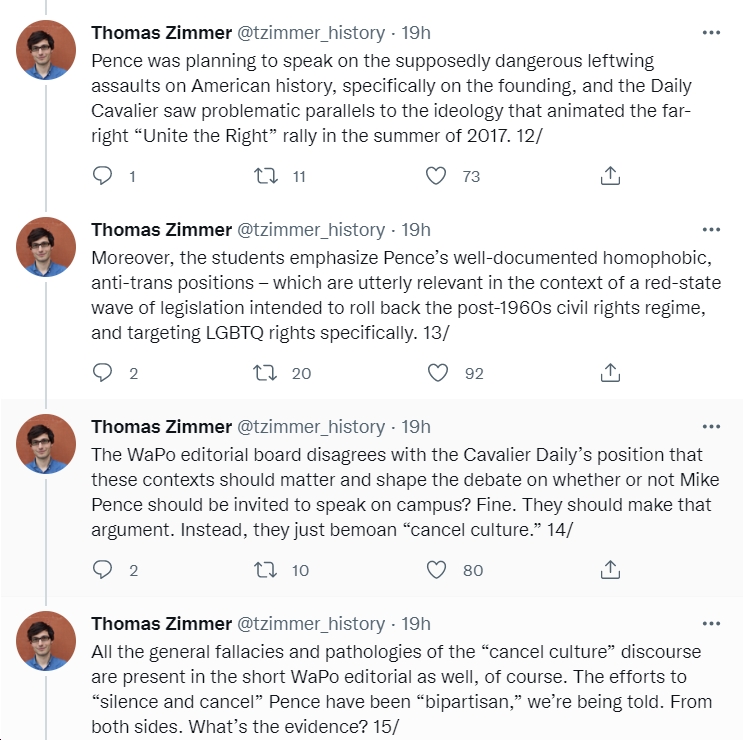 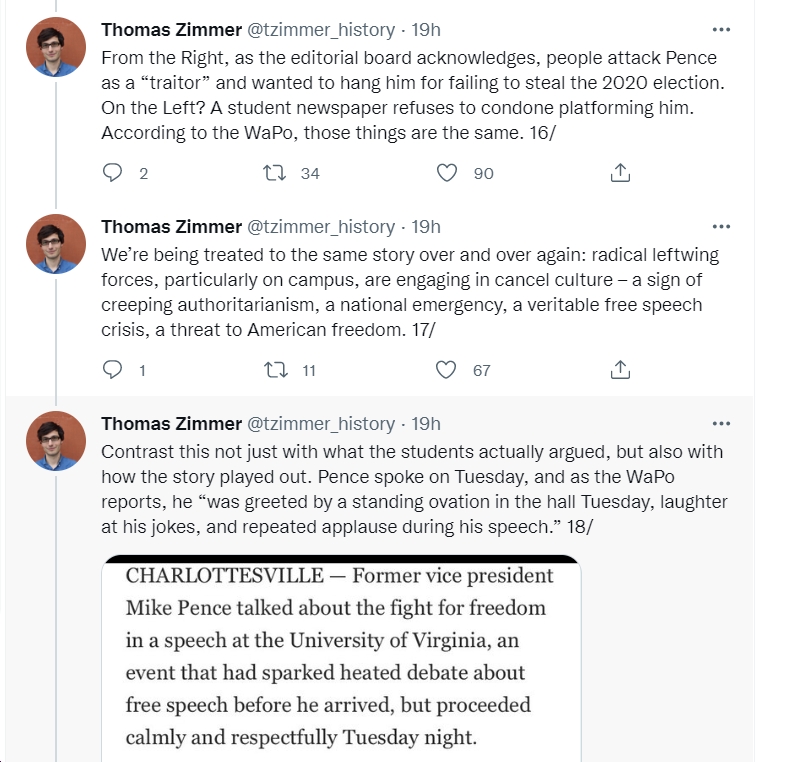 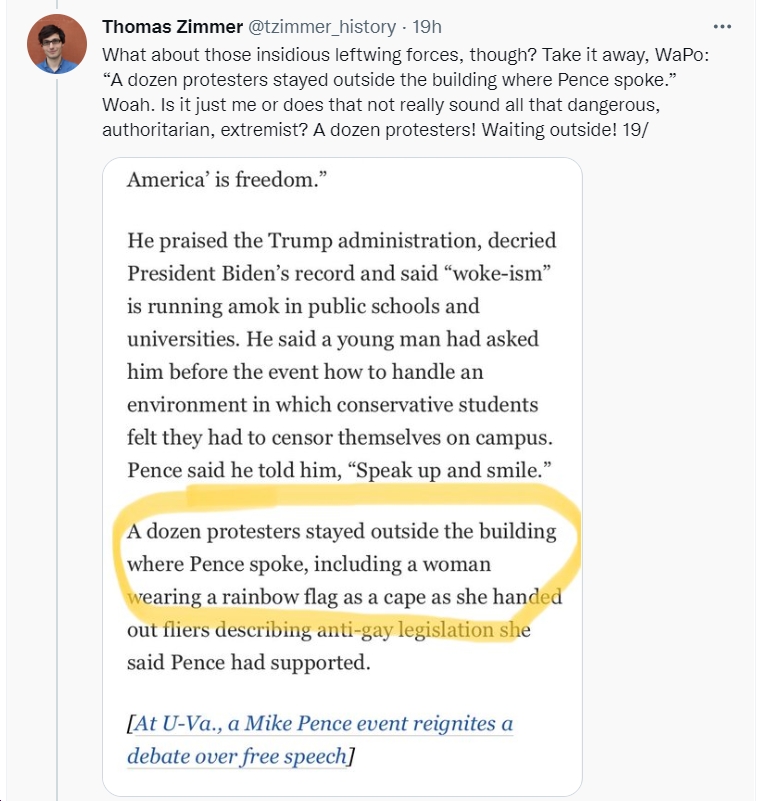 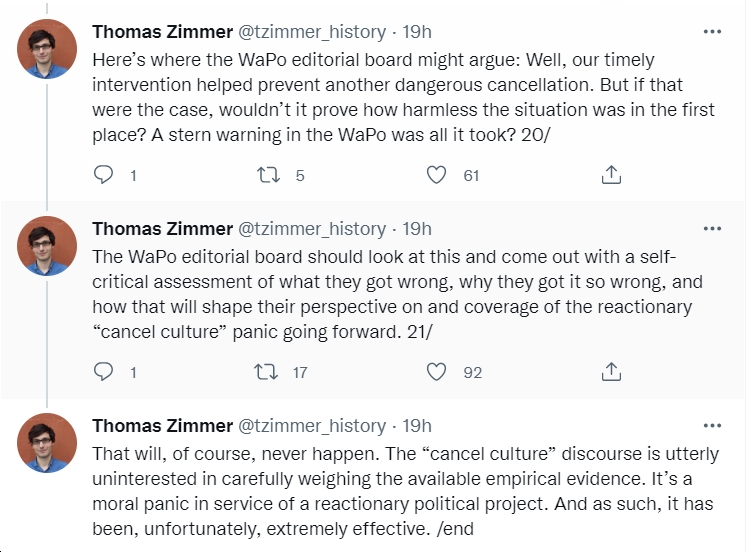 Georgetown Prof. Thomas Zimmer: “Thoughts on Twitter, Musk, and the destruction of the virtual public square”