Fascinating story by the Tallahassee Democrat, which has relevance to Virginia because Glenn Youngkin’s former firm – and possibly Youngkin himself – is prominently featured. Also note that Youngkin is a huge fan of Florida Governor Ron DeSantis, about whom Youngkin said, “I think Governor DeSantis has done a lot of really impressive things to lead and this is where I look to lead as governor.” Here are a few excerpts from the Tallahassee Democrat story: 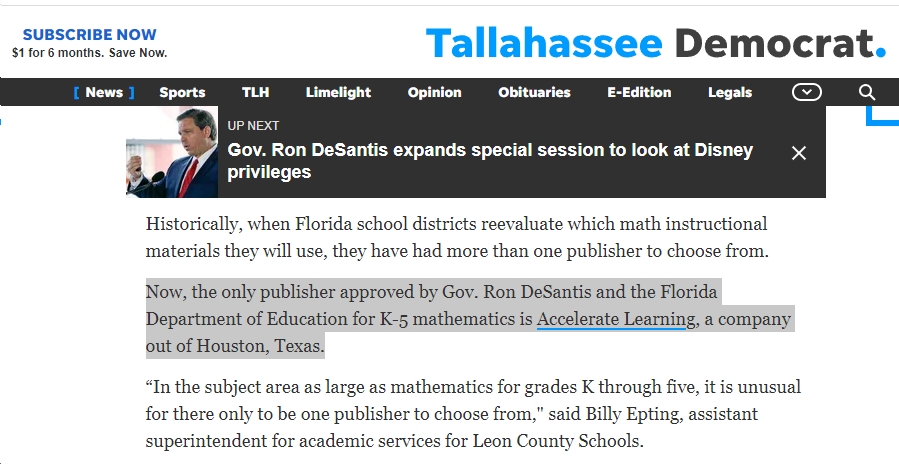 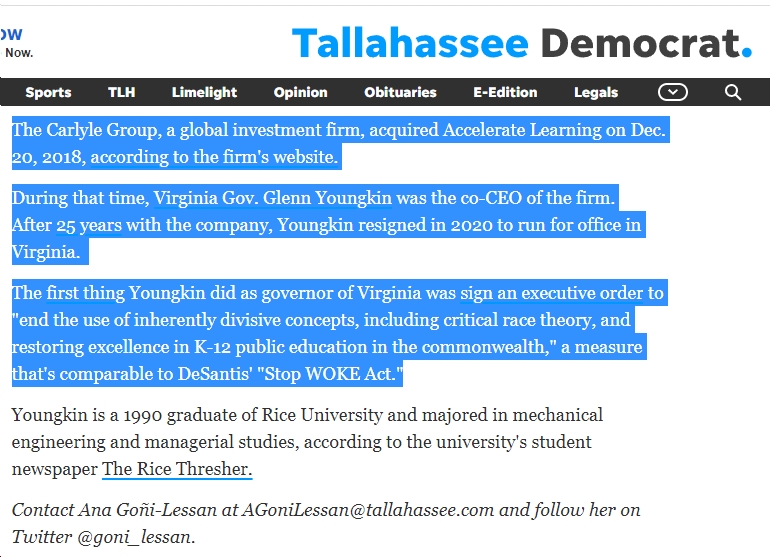 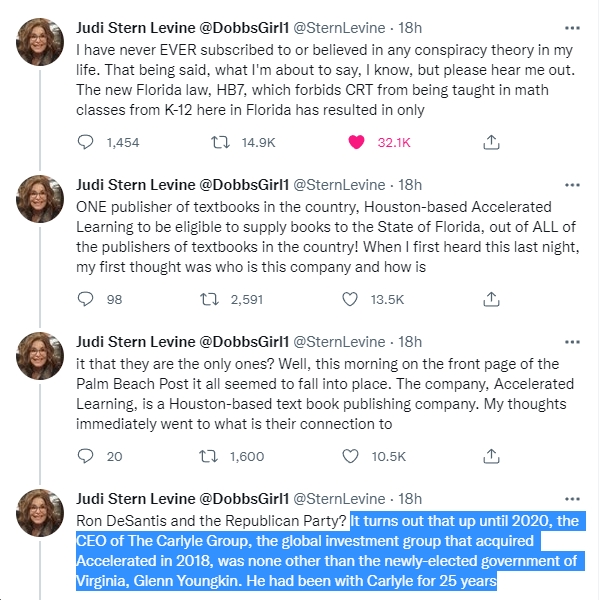 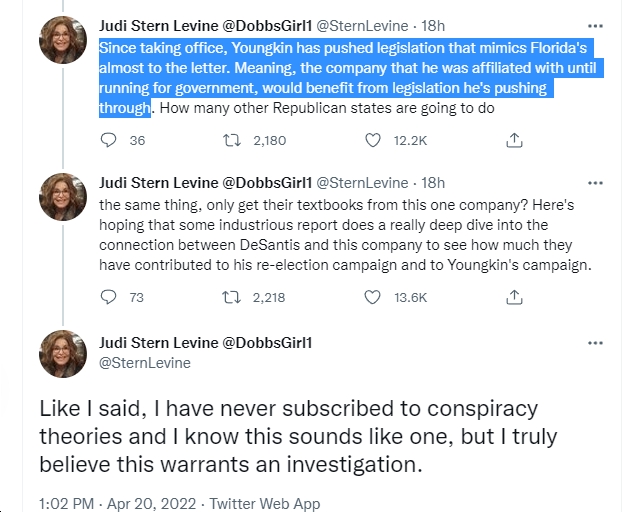 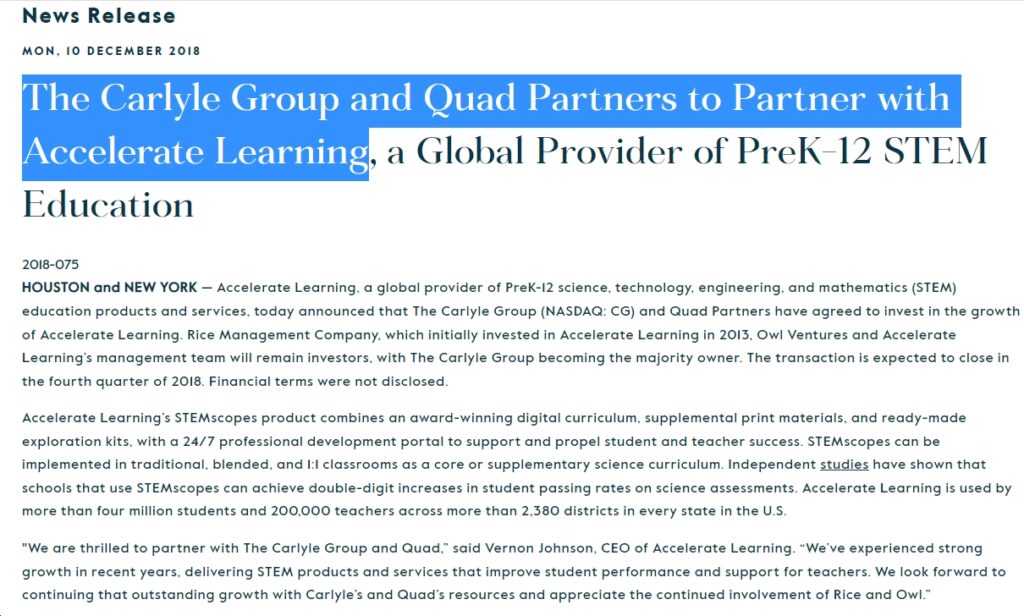 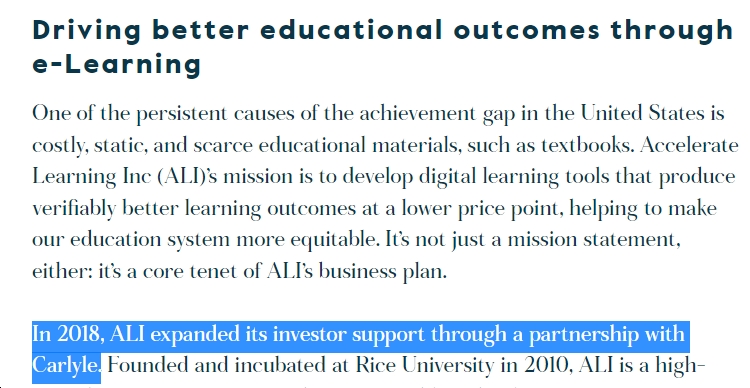 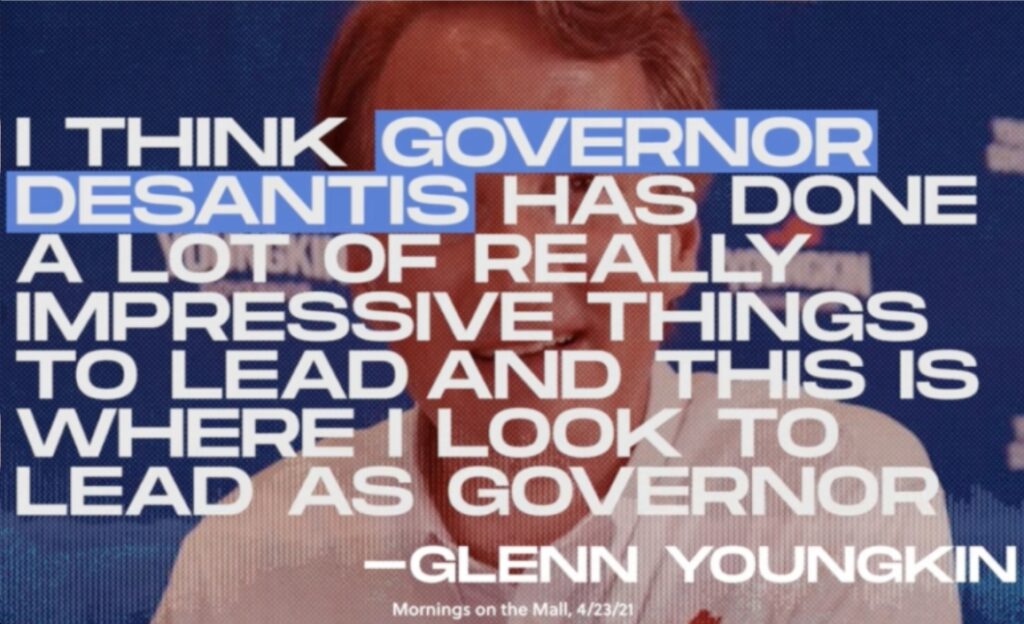