In general, if you’re a politician – particularly an ambitious one interested in being president one day – who’s proud of something you’ve done, you want the most people possible to find out about it. Pretty obvious, right? So if, for instance, that politician comes out with a new policy that they think is great, you’d think that they’d want as many people as possible to know about it. Which is why it’s so striking that Glenn Youngkin’s administration just resorted to the classic “Friday afternoon/evening news dump” tactic of burying something you want to sneak by, are not proud of, know is unpopular, etc.

In this case, we’re talking about the release of a document entitled, “2022 Model Policies on the Privacy, Dignity, and Respect for All Students and Parents in Virginia’s Public Schools.” Sounds pretty innocuous, right? Except that…it’s really not innocuous. Instead, what this document does is:

In other words, what we have here is an almost complete reversal of the efforts undertaken during the Northam administration to put forth enlightened, compassionate, constructive “Model Policies for the Treatment of Transgender Students in Virginia’s Public Schools.” And yes, what we are reminded of yet again is that electing Republicans means moving backwards, being meaner, and hurting kids for absolutely no good reason. Great, huh? 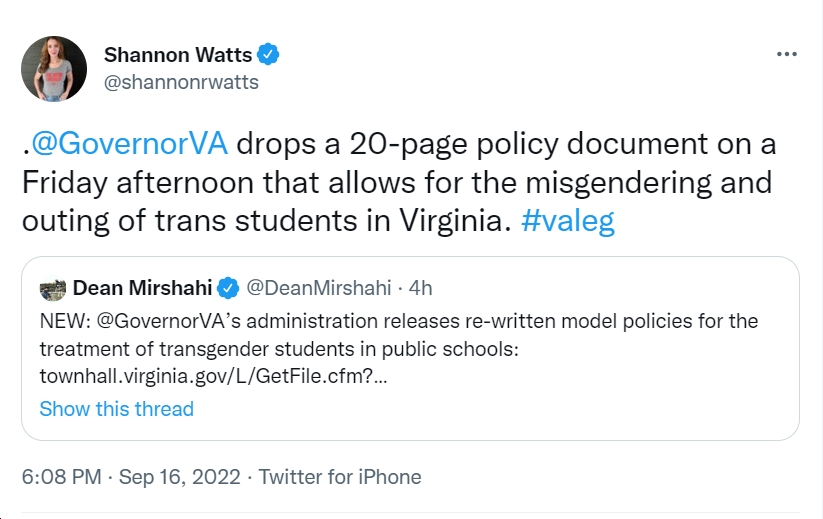 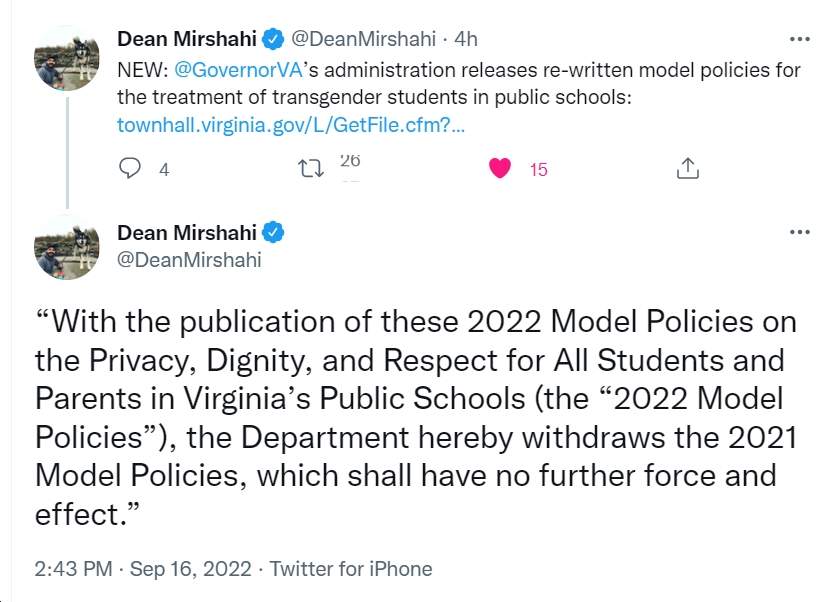 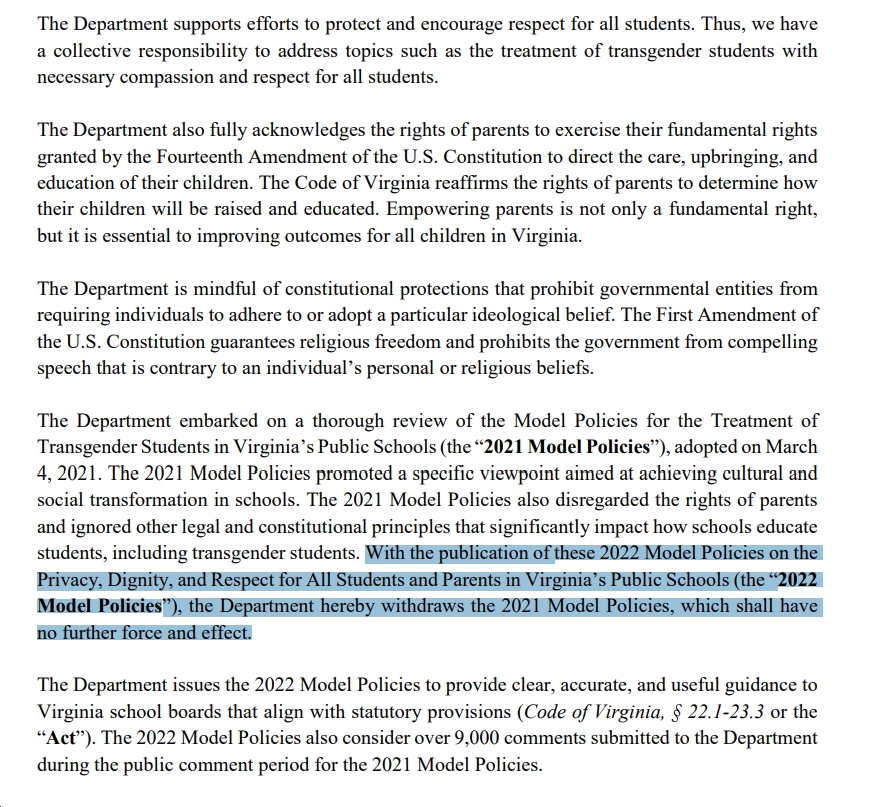