Donald Trump – about whom Glenn Youngkin once said, “President Trump represents SO MUCH of why I’m running” – strikes again. And Amanda Chase – who was a major campaign “surrogate” and political ally of Glenn Youngkin’s in 2021, also has some words of wisdom (not!). Now, of course, all of these people (Donald Trump, Amanda Chase, Glenn Youngkin and Winsome Sears – who, by the way, used to chair Black Americans Making America First) are right wingnuts, extremists, etc., so on one level it’s like, sure, tear each other to pieces. But on another level, what does this say about the Republican Party that all of these people are major figures, not just fringe wackos or whatever? And yet the media continues to “normalize” these fascists, nutjobs, etc? Why?

By the way, if you missed it last week, Winsome Sears said:

“No no, I’m not bailing on him; I think he bailed on us. Because, ultimately, you’ve got to come to the point where you see that this is all about him, and it can’t ever be that. It has to be about our country…Ultimately, how can you for example say, when it came to Mitch McConnell’s wife…he called her Elaine…Coco Chow Chow something. C’mon man, you know, you can’t do that! And then he called, just a few days before the election, he called Ron DeSantis ‘Ron DeSanctimonious.’  No sir, I think it’s you, I think it’s YOU who’s sanctimonious. He just goes after people. I don’t know, we can’t keep going down that road. I didn’t join the Trump Party, I joined the Republican Party.”

That, predictably, “triggered” Trump into his latest tirade. And yes, it continues to be astounding that this unhinged guy was our president, and that somehow we (barely) survived those four years. 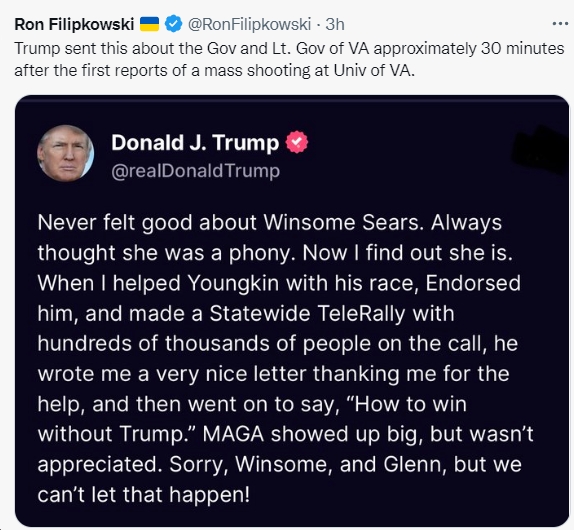 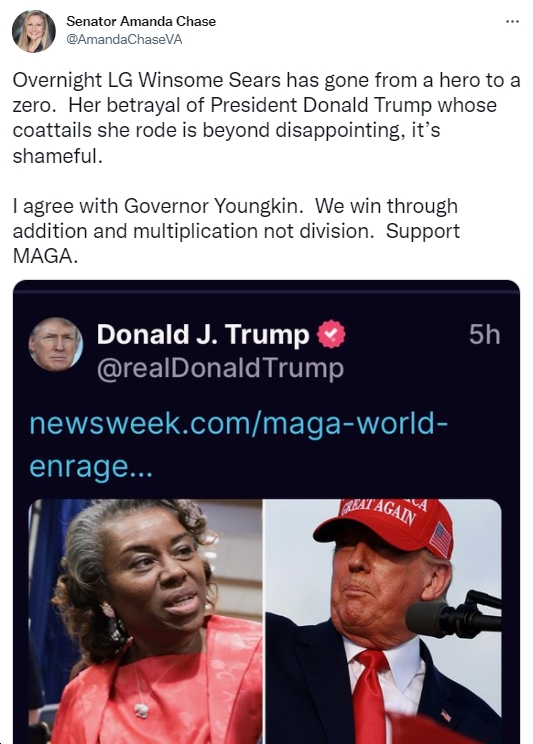