No public middle elementary or secondary school student shall be a participant on or try out for any school interscholastic, intramural, or club athletic team or squad sport with a predetermined roster, regular practices, and scheduled competitions with other middle schools sponsored by a public school unless such student has submitted to the school principal a signed report an athletics eligibility form signed from by a licensed physician, a licensed nurse practitioner practicing in accordance with the provisions of § 54.1-2957, or a licensed physician assistant acting under the supervision of a licensed physician attesting: (i) that such student has been examined, within the preceding 12 months, and (ii) that such student was found to be physically fit for athletic competition, and (iii) to such student’s biological sex.

As Jamelle Bouie of the NY Times puts it, “Virginia Republicans joining their colleagues nationwide in wanting the state to investigate your child’s genitals.” Bizarre, creepy…yep, that’s Republicans for you.

By the way, just to demonstrate how importance every vote is, the sponsor of this bill, Karen Greenhalgh, only won election by 127 votes (over the excellent Alex Askew) in 2021. For more on Greenhalgh, see VA Del. Alex Askew Denounces “Overtly Racist” GOP Mailers Depicting Him “Bound and Hanging By Taut Rope” and “That Showed His Likeness Burning” and DLCC Calls on Candidates, VA GOP, RSLC to Condemn Series of Racist and Anti-Semitic Mailers in Virginia Legislative Races. Only the “best people” in today’s Republican Party, huh? 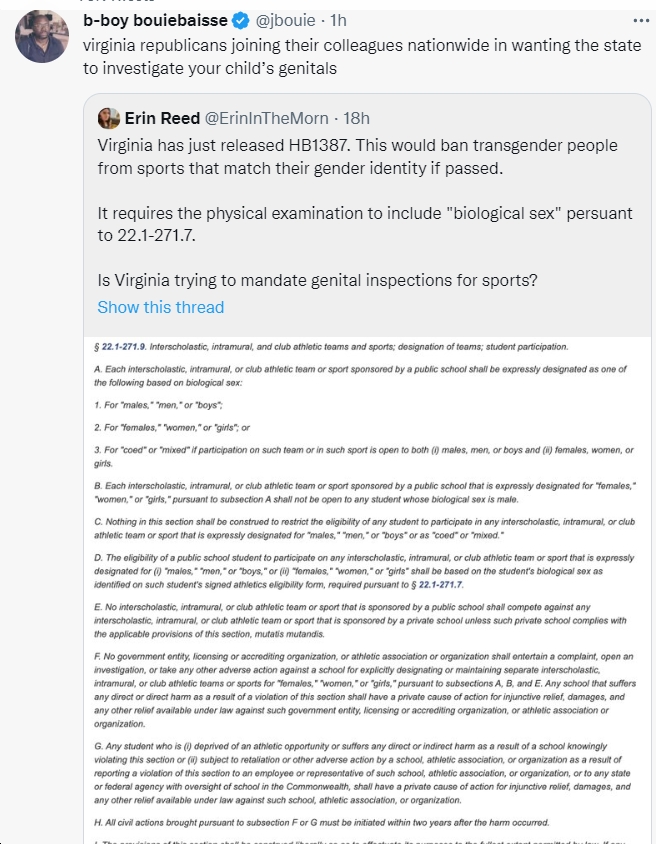 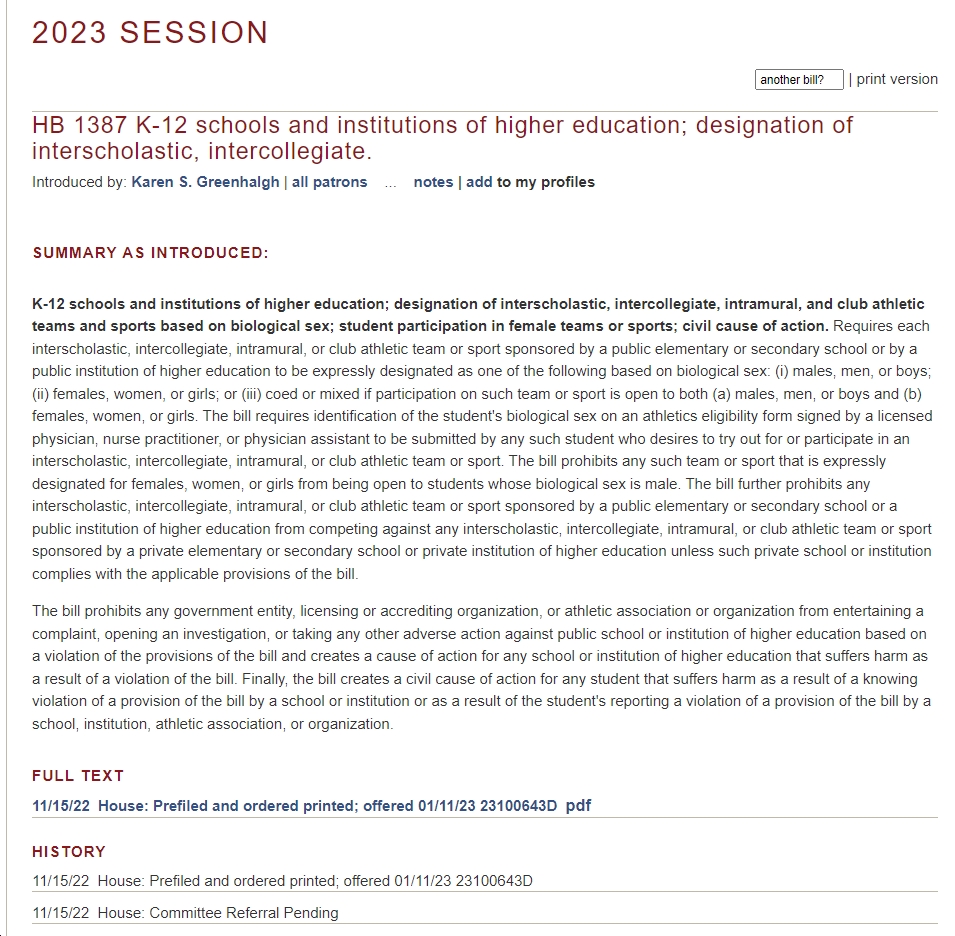