See below for a press release in which SD31 Democratic candidate Russet Perry (note: for more information about her, see here) rips Sen. Jill Vogel (R-SD31) for her role in Kanye West’s presidential campaign, adding that it’s “jaw-dropping” that Vogel was part of “an operation driven by dark money, bigotry and extremism” and calls for an investigation “into any attempt to subvert or hide Jill Vogel’s involvement in the campaign, including any and all alleged…FEC and ethics violations.” Strong words…and very well deserved for Vogel, who has been a shadowy Republican/right-wing operative for years, and was also mocked nationally for her role in the “transvaginal ultrasounds” fiasco.

BTW, it will be very interesting to see if Vogel even runs for reelection in the newly drawn SD31, which is MUCH friendlier to Democrats, and also given the fact that Vogel would face a primary challenge from her *right*.  My guess is she doesn’t run, but we’ll see – stay tuned! 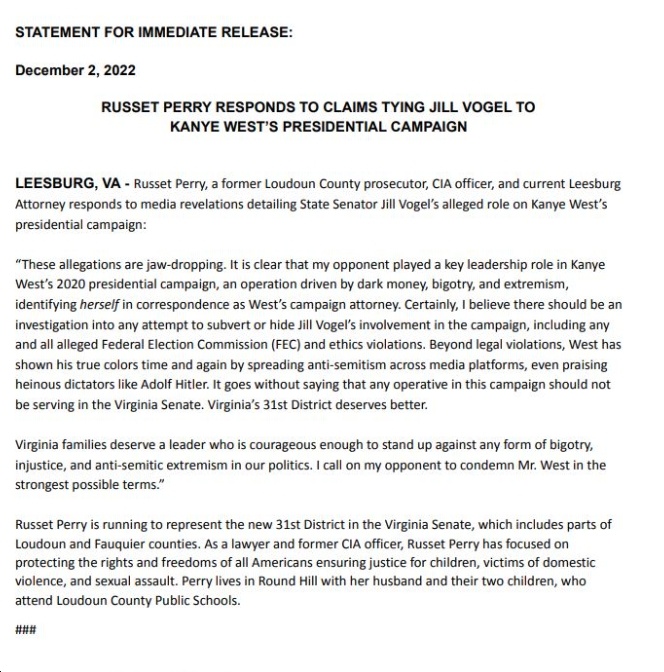 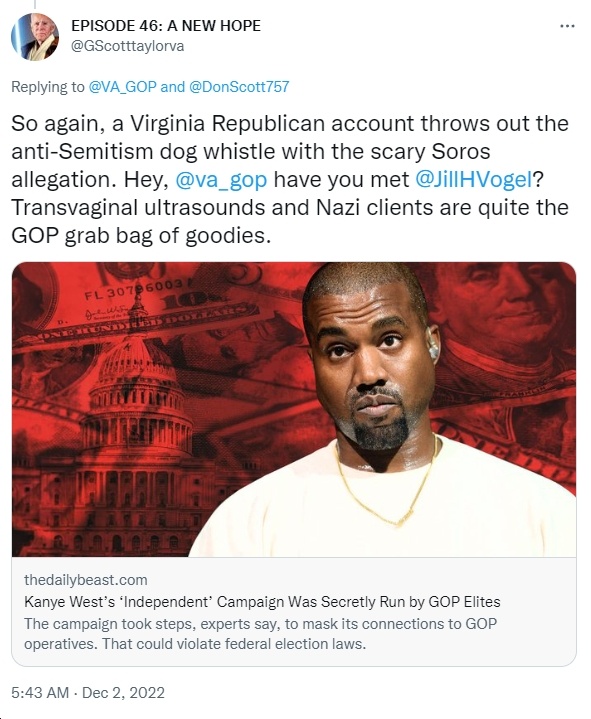