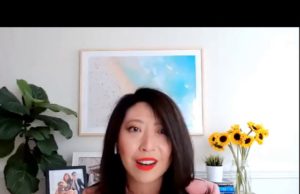 The Groan-Inducing Right-Wing Battle Cry of “SOCIALISM! LOLVENEZUELA!”…and How to Address...

Kellen Squire - August 21, 2018 4
by Kellen Squire Well, it's a day that ends in "y," so it must be a time for another Republican to cleverly go "LOLVENEZUELA" when...

A Bit More Background on the Corporate Welfare Bill That Prompted...

lowkell - February 27, 2018 3
Lost in all the brouhaha over Del. Mark Keam holding up the hammer-and-sickle image behind Del. Lee Carter's head yesterday is the actual substance...

Why They Call Us Socialist

You are probably so used to hearing the epithets "socialist", "commie", "radical", etc. from our Republican friends that you don't even bother to think about why they call us that in the first place.

So consider this: It's been a whopping 22 years since the Berlin Wall fell.  China is in many ways more capitalist than we are these days and anyone who actually considers Cuba a serious threat is smoking something way more potent than cigars.

The best examples we have of semi-socialist ideas incorporated into democratic capitalist systems like our own are in Western Europe -- you know, like those poor, oppressed, suffering Scandinavians.

In short, the threat of world communist revolution sweeping over us in the foreseeable future is, shall we say, rather unlikely.

So why, in this day and age, so much talk of socialism?  I think the reason is fundamentally strategic. Repubs gain and keep power through the unlikely feat of harnessing populist fervor to support elitist, corporate interests.  In order to prevent Democrats from stealing their populist thunder, conservative propagandists must ensure that Dems and progressive strategists do not propose a program of economic empowerment for the lower and middle classes.

And how to do that?  Why, you have to scare Democrats away from even thinking about such a thing.  You have to brand all forms of economic populism, and all policies that may help anyone other than the upper classes, as "socialist".