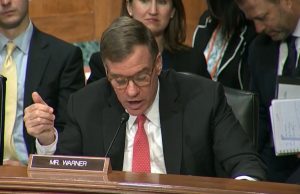 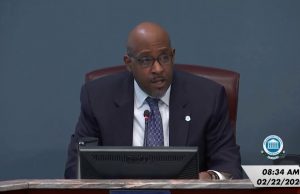 lowkell - February 22, 2020 1
As you might have read about, Arlington County Board member Christian Dorsey (D) has been enmeshed in controversy - entirely of his own making,... Polls show DC area residents support train, bus, biking and pedestrian projects much more than they support building new or wider highways. However, the Washington Post editorial board strongly supports new highways and spun a poll this week to mean that our fellow Virginians don't support the Silver Line. As Slate's Matt Yglesias points out, the numbers don't necessarily back up that spin:

But the really weird thing is that it's by no means clear that this is what the poll has found. What it says is that 32 percent of the population says the Silver Line project is "not at all important" while 32 percent deems it either "extremely" or "very" important and a further 32 percent says it's "somewhat" important. The "not important to most Virginians" interpretation is supported by lumping the "somewhat" and "not at all" categories together as "negative" responses. But the straightforward reading of the poll is that the median Virginian thinks the Silver Line project is somewhat important. And it is somewhat important! So why not just say that?

In the face of Republican political games, The New Republic's Alec MacGillis says strong support of the Silver Line can be a winner for Tim Kaine in his U.S. Senate race against George Allen. At exactly the time when governments should be working to meet rising public demand for transit, they're instead cutting back:

The economic downturn is playing havoc with the nation's public transit systems even as ridership remains near record levels: since 2010, 71 percent of the nation's large systems have cut service, and half have raised fares, according to a survey released Wednesday by the American Public Transportation Association, a transit advocacy group.

And in many cases, those fare increases and service cuts - made necessary by flat or reduced state and local aid - are being implemented on top of similar moves earlier in the downturn.

"It's compounding," Art Guzzetti, the vice president for policy at the transportation association, said of the repeated years of service cuts and fare increases. "I've been in the business 32 years. We've had a lot of ups and downs along the way. That's been the nature of the business. But notwithstanding that, this is the worst it's been in my time."

Since 2006, transit systems have been carrying passengers on more than 10 billion trips a year, a level not seen since the 1950s, the association has found. But on average, they get around a third of their operating money from fares. Most of the money comes from state and local governments, and with tax collections still struggling to get back to pre-recession levels, 83 percent of the transit agencies surveyed reported receiving flat or reduced state aid.

Two things. First, it kills me that progressives are reluctant to raise gas taxes to fund transit because of the myth that the gas tax is regressive. In reality, as ClimateProgress' Joe Romm has detailed, 1 in 4 low-income households don't even own a car. And "most, if not all" gas-guzzling SUVs & pickups are bought by mid- and high-income households. Makes sense - if you're barely scraping by, are you going to buy a Corolla or a Canyonero?

And second, for all the people who take to their smartphones to complain about Metro, how many have ever written Gov. Bob McDonnell to urge Virginia to finally give Metro a dedicated funding source? Who took action to support Democrats like Rep. Jim Moran & Rep. Gerry Connolly in their fight against efforts by Republicans like Rep. Eric Cantor & Rep. Frank Wolf to gut Metro funding?

To get updated on when you can take action to support public transit in the DC area, sign up for emails from the Coalition for Smarter Growth. Or for national news, visit Smart Growth America.

What’s Next for Metro in Virginia? From the Washington Examiner's Kytja Weir:

Metro officials are eyeing a Brown Line to join the system's existing palette.

The transit agency is planning for the future, looking at creating a train line that dips from Friendship Heights into the District and back up to Silver Spring and past White Oak. It's also studying a line along the Capital Beltway loop, diverting the Blue Line from its current route across downtown to create a midcity rail line, or running an offshoot from the Green Line to National Harbor.

None of the plans is funded or even firm. Engineering hasn't been done and land hasn't been set aside. But the transit agency is studying what it will need by 2040 to accommodate growth in the region and relieve pressure on the system.

Officials plan to discuss some possibilities with regional leaders Wednesday, then hold workshops in July to hear riders' thoughts. By next spring, Metro hopes to have a final plan identifying which projects it will consider developing.

In general, I'd support new lines that get people into & out of DC's center (serving both transportation needs and security purposes) over loop lines. In particular, a new midcity Blue Line could fill in major Metro gaps in places like Georgetown & Thomas Circle.

So what would you like to see after the Silver Line is completed? Maybe a Gold Line down Route 7 as GreaterGreaterWashington.org's Steve Offutt has suggested? There's also the long-discussed Columbia Pike streetcar project.

As Cantor Moves to Kill Jobs, Is McDonnell Even Paying Attention?

Moody's says the Republican Continuing Resolution plan would cost the jobs of 700,000 Americans. Considering how many federal workers live in Virginia, such a move would be sure to hit Virginia families especially hard. That staggering figure would go on top of the already mind-blowing jobless numbers:It's the second independent economic analysis in recent days showing the Republican budget stopgap would be an economic disaster. Meanwhile, from his lazily misinformed comments on the massive cut in Metro funding in the House Continuing Resolution, it's not clear Gov. Bob McDonnell is even fully engaged on the issue. Too busy trying to manage women's bodies to govern Virginia's economy?

How Much Time & Money Does the DC Area’s Metro Save? Washington ranks 6th in the nation for "operational treatment savings" -- services like management of road incidents, street signal coordination and access to HOV lanes that help mitigate traffic. These save D.C. commuters 14,315 hours of delay, the report says.

When you add the cost of the gas (about $75 million) to the $766 million savings figure ... and think about how much money & land it would cost to accommodate the 500,000 cars Metro takes off the road ... and events like inaugurations that would be impossible without Metro's ability to move people quickly ... and all the pollution Metro keeps out of our air & water ... suddenly Metro's $1.5 billion annual budget seems like a bargain.