Two dubious legacies are already emerging as the hallmarks of Bob McDonnell's tenure as governor. The first, certainly not entirely his fault, is the burgeoning shortfall in the Virginia Retirement System, which now is only funded at 68% of its future liabilities. The second is a failing transportation system with an inadequate revenue stream to maintain and modernize it, even as McDonnell happily acquiesced to a phony transportation plan driven by debt, much of it to be paid back with future federal road money, money certain to be cut in subsequent federal budgets.

Get ready for one consequence from the VRS shortfall in the next session of the General Assembly. Now that the GOP controls all of state government, I fully expect some form of defined contribution (401k) VRS retirement plan to pass the General Assembly.That's how the state will deal with its past irresponsibility. All the risk and vagaries of the stock market will be shifted onto future retirees, while state services will suffer to pay back some of the past VRS fund borrowing.

As for transportation, the Republican aversion to paying for necessary vital services with tax revenue means that McDonnell is punting the continuing crisis in transportation down the field to a successor. By using the typical Republican ploy of borrow and spend, McDonnell has assured that he won't have to solve that problem, one that has been screaming for a solution for years.

So, get ready Virginia. Federal budget cutbacks will have serious consequences for our state, felt most severely in northern Virginia and Hampton Roads. The two biggest money problems in the state have been swept under the rug yet again. Meanwhile, our state tax system has loopholes and tax expenditures almost equal to the revenue the state does collect. All of this means there is a fiscal train wreck in our future, especially if voters continue to elect Republicans. 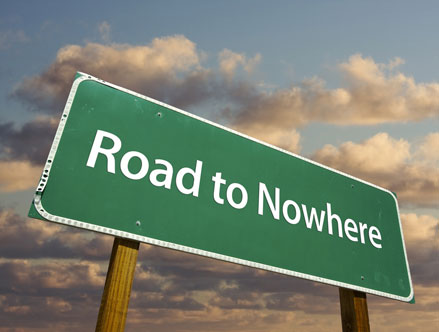 We all now have been subjected to yet another "transportation plan" from Bob McDonnell. I've lost count on whether it's the third or fourth. This time there is no reliance on mythical oil rigs off Virginia Beach, no imaginary tolls on roads leading into Virginia from North Carolina, no giving away the state's wholesale alcohol system to private FOB (friends of Bob). This time we have a simpler "plan": billions of dollars in debt for our children and grandchildren to pay, a tripling of the retail outlets that sell liquor, and tapping the General Fund for $140 million.

I agree with Sen. Dick Saslaw (D-Fairfax). "What are they thinking?"

Expert after expert has looked at the debacle that is Virginia's transportation system and concluded the same thing. In order to correct the delays and deficiencies in transportation, the state needs at least $1 billion annually for the foreseeable future. The state budget is in such a mess that the General Assembly "balanced" the current budget and created the imaginary "surplus" that McDonnell also wants the spend by borrowing 2/3 of a billion dollars from the state retirement fund, replacing it with an IOU due after McDonnell leaves office. How can anyone then justify taking another $140 million out of the already depleted General Fund that is used for schools, police protection, necessary social services, etc.?

Republicans have reached the inevitable end of their adamant assertion that they will never raise revenue to pay for vital services. Infrastructure ages, Virginia's population grows. It is obvious to most people, if not to GOPers, that transportation must have a dedicated source of additional revenue. We cannot borrow ourselves out of this mess, nor can we get out of it by shortchanging other state services. Indeed, we might not be in this big of a mess if another Republican governor, Jim Gilmore, hadn't pushed through his idiotic "no car tax" plan that presently costs the state $950 million every year.

Even the Roanoke Regional Chamber of Commerce, normally a group that would be friendly to Republican notions of taxation, is pushing for new revenue sources for transportation.

In his eight years in the White House, George W. Bush led the federal government into an economic crisis created by letting business do whatever it wanted, spending vast amounts of borrowed money on two unfunded wars and putting in place tax cuts that did nothing to create jobs as was promised but lined the pockets of the already-wealthy and gave the federal government a structural deficit. Now, all of Washington is consumed with a national debt that threatens the long-term fiscal health of our nation.

Here in Virginia, Bob McDonnell knows quite well that we have an ongoing transportation crisis in the state, one that is responsible for the gridlocked roads in northern Virginia and Hampton Roads, a growing backlog of transportation maintenance that needs to be done, and the prospect that Virginia won't have the money to qualify for federal matching funds. His solution is straight out of the Bushonomics handbook: Borrow massive amounts of money, spend it now, absolutely refuse to look for revenue sources, and kick fiscal responsibility to the next generation.

Amazingly, McDonnell told a transportation conference at the Hotel Roanoke that he has a "plan" to fix Virginia's road crisis, one that relies on massive bond sales, spending money held by VDOT to pay contracts in a timely fashion, and committing the General Assembly to spend whatever fiscal surpluses might appear in the future on building roads. Never mind if the state needs to pay back money already borrowed from the state pension fund, return to a reasonable funding of colleges and universities, increase education funding, end the shortchanging of other social services, etc.

According to the Roanoke Times, here's the outline of McDonnell's ridiculous "plan."

The plan envisions selling more than $2.9 billion in new bonds. Officials would allocate $400 million in already-identified surplus state money to loans, loan guarantees and grants to local governments strapped for road dollars. To garner the other $700 million, the governor mentioned the possibility of future surpluses and whatever money the state would make if it privatizes state-owned liquor stores.