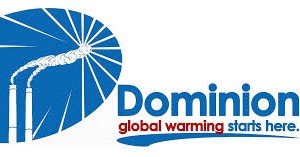 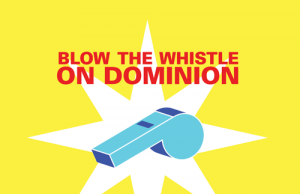 lowkell - May 10, 2016 0
The following press release is from the Virginia Citizens Consumer Council (VCCC). The bottom line is that there is absolutely no excuse for Dominion...

What Would Another Fukushima in America Mean for the Foundations of...

If a nuclear disaster like Fukushima can rip apart a historically cohesive society like Japan, what effect would a Fukushima-like disaster have on American society? The Asahi Shimbun reports that "ties" have unraveled in Japanese society in the wake of the Fukushima catastrophe. Thus, what was once seen as a benign source of energy for the Japanese people has turned into an issue that stands to undermine the very foundations upon which modern Japanese society is resting upon: the government, the family, social trust.

In America, we're assured by engineers, nuclear industry experts, government bureaucrats, and political "leaders" that the dangers posed by nuclear power are miniscule and in particular, a Fukushima-like disaster can never and will never happen here in the U.S. Whether or not we experience another Fukushima here in the U.S., however, there are disturbing trends that collectively add up to serious human and environmental health consequences. For instance, there have been at least 48 U.S. nuke sites that have been found with tritium leaks, a highly toxic substance. This list could grow in the coming years.

What might be most frustrating of all is that some nuclear power suppliers and their cronies in political office are attempting to force their respective customers and constituents to foot the bill for new nuclear power plants years in advance of their actual construction. In Georgia, such a taxpayer subsidy is being proffered by Georgia Power and their political stooges. But even if the idea of paying for energy years, maybe even a decade, in advance of its actual use doesn't bother you, the horrific history of nuclear plant delays and eventual abandonments are enough to make anyone reconsider any bid for down-payments for nuclear power plants, payments which may never be recovered by the taxpayers if the project is abandoned. 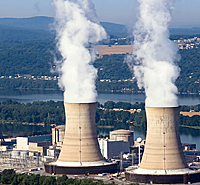 Welcome to the future of nuclear power in Virginia. Dominion Virginia Power announced on Tuesday that its second nuclear reactor in Surry stalled amid attempts to restart it after an April 16 tornado knocked out electricity in the area.

Richard Zuercher, spokesman for Dominion Virginia Power, said that Unit 2 was shutdown on Monday following the detection of a problem in one of Unit 2's cooling ducts.

It remains unclear when another try will be attempted to restart the second nuclear reactor.

Let's face it, nuclear power has a number of drawbacks, and one of the least significant in the grand scheme of things is the inability of nuclear reactors to stay online when the electricity goes out.

We should also consider the elephant in the room: where to put all of the spent nuclear fuel.

As CBS reports, "President Obama signs a major pact with Russian President Medvedev, cutting the number of nuclear weapons by a third." Most of us are thrilled about this, I'm fairly certain. But not the boys and girls over at Faux "News" ("unfair and unbalanced")!  For instance, check out this post, aptly titled, "Teh Stupidz! It Burnz!" Apparently, the right-wingnuts at Faux think we're all DOOOOOOOMED!!!! because President Obama and President Medvedev have just signed a New Strategic Arms Reduction Treaty. So, what's so horrible in this treaty to make us all DOOOOOOOMED? As nuclear expert Page van der Linden points out, absolutely nothing. For instance:

MYTH: President Obama does not have the support of top military brass on his nuclear weapons plans.

Not true. I'll just point you to comments from the Chairman of the Joint Chiefs of Staff Admiral Mike Mullen and the Vice-Chairman of the Joint Chiefs of Staff General Cartwright upon the release of the Nuclear Posture Review. That other important (former military) guy, Secretary of Defense Gates, also has good things to say about the Nuclear Posture Review as well as the New START treaty.

As Page van der Linden, aka "Plutonium Page," notes, the lying isn't just laughable, "but it's also sinister, because people start to believe it." Of course, that never stopped Faux and the rest of the right-wing noise machine before. Fortunately, there are smart people out there like Page van der Linden, who earned her nickname "working with the nuclear waste at the Hanford Nuclear Site in Washington State," to set the record straight.

P.S. My own expertise on nuclear weapons is limited to graduate-level work on U.S. National Security Policy at GWU. I also have a modest degree of experience on nuclear power from my 17 years at the US Energy Information Administration.