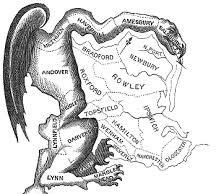 Why U-VA Should Be Compensated for Cuccinelli’s Follies Virginia Senate Democrats recently submitted their demands for the state budget, and in a stroke of inspiration, included compensating the University of Virginia $576,000 for its legal costs in fighting Attorney General Cuccinelli's appalling legal assault on it.

In the grand scheme of an $85 billion budget, this is a relatively small item and I suspect that even some of the Senators who submitted this demand may just see it as a political gimmick to get some publicity and impress key constituents.  Here's why it needs to be treated as much more than that:

Our Attorney General, acting officially in the name of every citizen of the Commonwealth, tried to inject the powerful hand of government into a scientific matter.  As the Virginia Supreme Court found in its slapdown of him, he wrongly tried to use a state statute aimed at prosecuting cases of fraud against the government to actually criminalize a climate scientist for engaging in fully legitimate research.  The Supreme Court threw his trumped-up case out based on the threshold issue that the University was not covered under the fraud statute -- meaning that this was at a minimum an instance of unbelievable official incompetence which cost a great Virginia university money, time and aggravation for no reason other than raw politics.