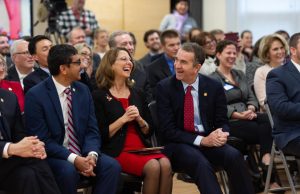 Saturday News: “On land, Australia’s rising heat is ‘apocalyptic.’ In the...

lowkell - December 28, 2019
5
by Lowell Here are a few national and Virginia news headlines, political and otherwise, for Saturday, December 28. On land, Australia's rising heat is ‘apocalyptic.’...

lowkell - December 24, 2019
0
by Lowell Here are a few national and Virginia news headlines, political and otherwise, for Tuesday, December 24. India’s protests should be regarded as a... 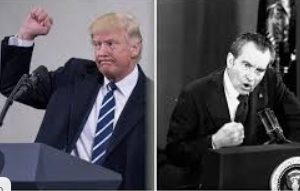 lowkell - December 17, 2019
3
by Lowell Here are a few national and Virginia news headlines, political and otherwise, for Tuesday, December 17. We Need a Massive Climate War Effort—Now ...

lowkell - May 23, 2019
2
by Lowell Here are a few national and Virginia news headlines, political and otherwise, for Thursday, May 23. ﻿ India Election Results Live: Modi’s Party Set...

lowkell - February 27, 2019
4
by Lowell Here are a few national and Virginia news headlines, political and otherwise, for Wednesday, February 27. As Trump meets Kim in Vietnam, he’s...

lowkell - February 26, 2019
6
by Lowell Here are a few national and Virginia news headlines, political and otherwise, for Tuesday, February 26. India strikes inside Pakistan after deadly Kashmir...

McDonnell's failed trade mission to China, an expensive effort at personal aggrandizement that netted two jobs (in Shanghai) may have had a blessing in disguise. After all is said and done, his bumbling attempt to conduct economic diplomacy saved him from an association with Bo Xilai's venal Chongquing administration.

With no trade success to report during last year's trip, much of the press coverage of McDonnell's boondoggle was filled with other issues like Virginia's own Republican Delegate Phil Hamilton scandal. The Governor never managed to meet with officials in the municipality that was to be the focus of his visit to promote Virginia tourism, wines, or anything he could claim as an accomplishment. Just as well, these fellows play for keeps, way out of the league of an international neophyte.

'You cross me - never come to China, you'll never get out of jail'. Gu Kailai, wife of Bo, warning a British businessman attempting to start up a tourism venture.

There were so many missteps, it is difficult to fix a cause for the failure. McDonnell's front man for commerce, Jim Cheng might have been one reason for the failed effort to engage. As a practical matter, Cheng's close ties to Taiwan aren't the bona fides the Chinese look at good naturedly. Whether it was that or McDonnell's inept planning, they dodged a bullet. An association with the disgraced Bo would not curry favor with the likes of Hu Jintao, China's leader himself, who is said to have been the subject of Bo's wiretapping. All of this could have been avoided by leveraging State Department resources in China. Or it easily could have been poor relations with staffers in China that set things headed downhill.