Former Democrat-turned-Independent-turned-Republican and now Constitution Party presidential candidate Virgil Goode has submitted more than 20,500 petition signatures to get on the Virginia presidential ballot, but it remains to be seen whether the Republican Party can keep him off. In Pennsylvania, home of Goode's weird running mate James Clymer, the Republican Party was successful in getting them off the ballot by threatening legal action, something that could have cost Goode's new party hundreds of thousands of dollars. The Pennsylvania GOP must have been scared of Clymer's record of running for various state offices and garnering from 4% to 13% of the vote.

In Virginia, the Board of Elections has already asked Ken Cuccinelli to look into some of the petitions from northern Virginia because it appears the same person filled in the names of various petition signers, something that kept Newt Gingrich off the Republican primary ballot a few months ago, but Gingrich had few signatures to spare.

Since Goode practiced petition overkill in exceeding 20,000 signatures and over 1,000 in each congressional district, I don't see how he can fail to qualify for the November election, barring some bizarre shenanigans that would disqualify more than half of his signatures. So, what exactly does Goode on the ballot mean for the presidential race in Virginia? I'll contend that Willard "Mitt" Romney will lose hundreds of votes at a minimum in the 5th and 6th districts because people will be able to vote for Goode.

Even if Goode only gets 1-2% or so of the vote in Virginia, that could pretty much guarantee that President Obama wins the state and with it, most likely a second term. Goode fits the ideal of the older, white, zenophobic, homophobic, knuckle-dragging, reality-deniers who form a crucial section of the Tea Party movement. So, I say, "Go Virgil!"

Former 5th District Congressman Virgil Goode's recent bigoted comments calling Mitt Romney "the father of homosexual marriages"  in a statement released to the media before the Republican presidential nominee's visit to Liberty University over the weekend is as telling as it is unconscionable.

It is a rare moment when I feel Romney needs to be defended against his opponents. But in the face of such blatant inflammatory political rhetoric, a change of course is warranted.

First and foremost, there isn't a single shred of evidence that Romney is "the father of homosexual marriages," if such a ridiculous claim could even be objectively tested.

What is most interesting about Goode's public statement to the media is his foremost rationale for restricting the rights of marriage to heterosexual couples. Goode states that "If homosexual marriages become normal across the country...State taxpayers will have to pay for the expanded health insurance costs and State retirement costs." Essentially what Goode is saying is that fundamental human rights can be denied to individuals if the economic costs outweigh the economic benefits. Welcome to the conservative version of capitalism in the 21st Century U.S.

In a similar vein, would Goode have also argued that slaves in the U.S. should not have been freed because of the supposedly huge economic burden this would have on the U.S.? One shivers to think of his answer.

Look Out! He’s Back!

The far-right, flat-earth, nativist Constitution Party has nominated Virgil Goode, the political chameleon defeated by Tom Perriello in 2008, as its candidate for president in November. In his dubious political career, Goode morphed from being a rational Democrat, to an Independent who was the reason the Republicans got a good deal when the State Senate was last evenly divided, to an ultra- conservative Republican Islamophobe, and now to the presidential representative of a fringe third party.

The one thing I hope is that Goode will pull a few hundred nutcake votes in the 5th that would have gone to Williard. However, his presence on the ballot is not good news for any Democrat running against empty-suit Robert Hurt. Far too many good ole boys in Franklin County still love Virgil and just might come out and vote because he's on the ballot.

The Constitution Party believes life begins at conception, that education cannot be separated from religion (read that "Christian religion"), that the Voting Rights Act should be repealed, that private property rights trump environmental protection, that laws against "offensive sexual behavior" are fine, that the U.S. should not participate in any international organizations, that illegal immigrants should be identified and deported, etc., etc.They seem to be a perfect fit for the latest edition of Virgil Goode.

It's just a shame that the first modern Virginia politician to end up as a national presidential candidate would be somebody as nutty as Goode, representing a political party just as nutty as he is. 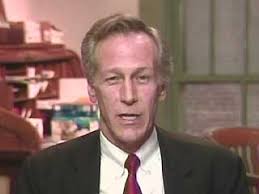 Former Virginia Congressman Virgil Goode has reportedly joined the far right Constitution Party, a surprising move that could presage an unconventional bid for a comeback.

Goode lost narrowly in 2008 to Thomas Perriello, marking one of the most dramatic ideological shifts in the Congress, and this move can spur "speculation that he might run for his old congressional seat in 2010 or for president in 2012," according to the Independent Political Report, which reported the move.

One of Goode's main issues is, as he puts it, "[supporting] the state of Arizona as they fight against the invasion by illegal aliens."  Apparently, the Republican Party isn't crazy and extreme enough on this issue (or any other) for ol' Virgil. Whatever.

Anyway, let's just hope that Goode runs for Congress this year, handing Tom Perriello an almost certain path to (easy) reelection. Of course, Goode could also run in 2012 for President, helping to hand Barack Obama an easier path to reelection as President. Either way, all I can say is "Go Virgil!" :)