Is Rational Argument Worthless? (This week’s op/ed in red VA-06)

The 2nd Amendment: Where Did It Come From, What Does It...

PART ONE: THE SLAVE PATROLS

Today's American NRA gun enthusiasts and their opponents, gun control advocates, are parsing every word (and comma) of the Second Amendment to make their cases, and thus determine public safety policy. We are even presented with re-written history and made-up historical narratives, based on twenty-seven words:

A well regulated Militia, being necessary to the security of a free State, the right of the people to keep and bear Arms, shall not be infringed."


To most Americans, these words conjure up visions of minutemen rushing to the defense of liberty at Lexington and Concord; it is assumed that must be why the Founders inserted a "well-regulated" militia in The Bill of Rights. This misleading myth has cooked in the American collective consciousness for years, reflecting  what Dr. Carl Bogus, writing in the 1998 UC-Davis Law Review called the judicial  "collective rights" theory, in which the Second Amendment "grants people a right to keep and bear arms only within the state-regulated militia." 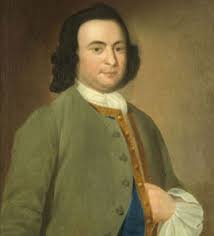