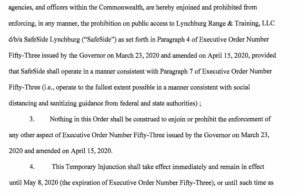 AG Mark Herring’s Office to “Analyze the Decision and Decide How... 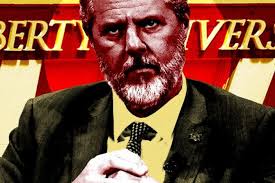 Jerry Falwell, Jr.: More Like the Power-Seeking Romans than the Christians

Andy Schmookler - March 29, 2020 0
My work appears regularly in the Lynchburg, Virginia, newspaper, the News & Advance. I haven’t decided yet whether I will be using this piece as... 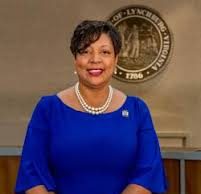 Lynchburg Mayor Treney Tweedy: “I was very surprised and disappointed to...

Will Nonpartisan Redistricting Ever Happen?

About a year ago a small group convened to investigate the possibility of revitalizing the issue of redistricting. They believe that the in-state legislative districts belong to the citizens of the Commonwealth; not to any legislator, political party, or special interest. They are fighting for an independent commission on redistricting.

The core issue that underlies the dysfunction, gridlock, and disrespect in Richmond is the current redistricting process where the Party in power, Democratic or Republican, goes behind closed doors, chooses its own criteria, and draws maps where they actually choose their voters rather than allowing citizens to choose their elected officials. It is the deliberate manipulation of district lines for political power. As a result, we live the fifth most gerrymandered state in the Union.

"Look at the last General Election. The difference separating Ed Gillespie and Senator Warner was less than one percentage point. We arguably live in a purple state. But the closest Congressional District in the state was 16 points. There is no doubt to the outcomes. At the local level that means there is a disincentive for state legislators to debate ideas to find solutions and work together on the issues." - former Delegate Shannon Valentine

81 seats in the House of Delegates are completely safe; the remaining 19 are considered somewhat competitive but rarely feature an opposing major party candidate. There might be 10 races where there is a doubt about the outcome and maybe two seats change out each election.

59 localities in the House districts are divided. 46 of 40 in the state Senate are divided meaning they are divided more than once. Culpepper residents, for instance, are represented by three different Senators. In Lynchburg there are 72,000 households and there are four different ballots required.

Since the February 2014 launch of One Virginia 2021; Virginians for Fair Redistricting the group has built an organization with a foundation and a public policy council. They are committed to being multi-partisan. 40% of Virginians consider themselves independent. There is a member of the Tea Party Executive Committee on the policy council. All of them know what is at stake with redistricting. Shannon Valentine is one of many disciples crisscrossing the state encouraging redistricting reform.

Eagles Soar Again on the James

As a child growing up in Lynchburg, home to more than five generations of my family, I learned to love the James River, the first great "highway" for European settlers in America. Over the years, I watched the river become less polluted, thanks to the federal Clean Water Act. I also saw the return of hawks soaring through the sky, thanks to the federal ban on the use of DDT. Now, the Lynchburg News & Advance is reporting that bald eagles have returned to the James.