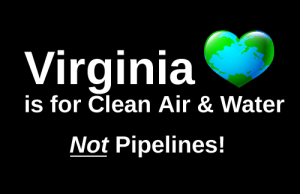 Kenny Boddye - August 8, 2018 1
Earlier this year, grassroots healthcare activists formed the first People’s Caravan; a mobile rally for Virginians across the commonwealth to join the fight for...

Why Trump Should Be Blamed, Not Praised, for the High GDP...

Andy Schmookler - July 29, 2018 1
Generally, voters give a President credit for an expanding economy. Much of the time, that's like the old Chinese Emperors being praised or blamed...

Eagles Soar Again on the James

As a child growing up in Lynchburg, home to more than five generations of my family, I learned to love the James River, the first great "highway" for European settlers in America. Over the years, I watched the river become less polluted, thanks to the federal Clean Water Act. I also saw the return of hawks soaring through the sky, thanks to the federal ban on the use of DDT. Now, the Lynchburg News & Advance is reporting that bald eagles have returned to the James.