The following lists Virginia’s 100 House of Delegates districts, the percentage that Mark Warner won in 2014 against Ed Gillespie just to give an idea of the district’s partisan “lean” the geographic makeup of the district; and who the Democratic candidate (if any) is. Please let me know if I’m missing anything here or if there are any errors. Thanks!

P.S. I’ve added yellow background color to the 17 districts won by Clinton that are currently held by a Republican. Those should be the top priorities, in roughly descending order of Clinton percentage, IMHO. 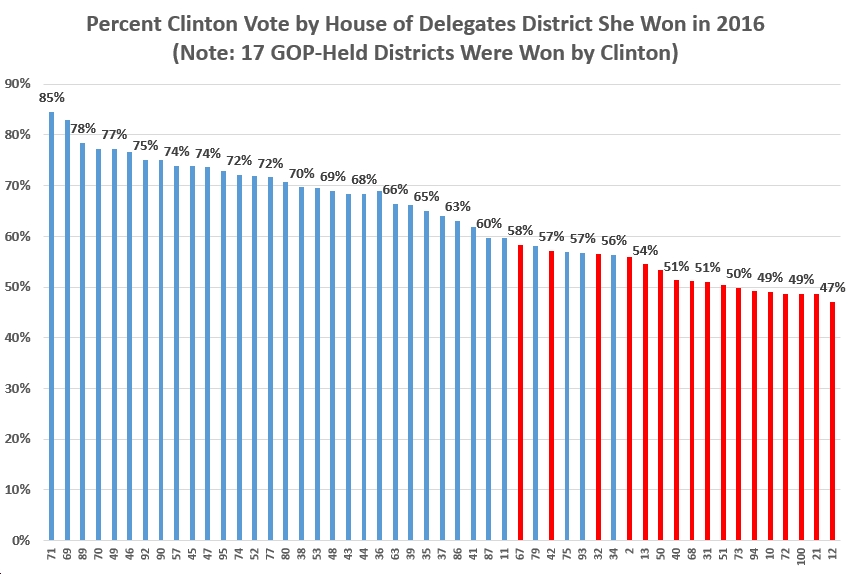