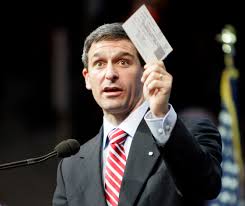 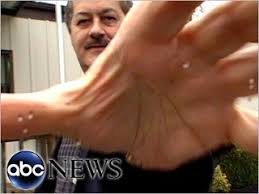 Early today, there was a terrible tragedy at a coal mine in West Virginia. Our hearts go out to all the victims, as well as to their families, friends and coworkers, in what’s being called “the worst U.S. mine disaster since 1984.”

In addition to sadness, this explosion should also make you angry. The fact is, this mine had “a history of violations for not properly ventilating highly combustible methane gas, safety officials said.”  Why was that situation never dealt with adequately?

For a possible answer to that question [NOTE: see update #3 below], see NLS, which points out that: 1) Massey Energy is based in Richmond; 2) Massey’s Knox Creek site in Tazewell County “was one of ten sites in the country to be cited for major health and safety violations last October”; 3) our fine Attorney General is not only NOT cracking down on Massey, he “is actually working with Massey Energy on his lawsuit against the EPA;” and 4) Massey hearts Virginia Republicans, having donated $61,000 to Virginia Republicans in 2009 (“and $0 to the Dems”), not to mention $441,463 to Virginia Republicans since 1997 (just $8,250 to Democrats), including $40,000 to Bob McDonnell for Governor and $10,000 to Ken Cuccinelli for Attorney General.

So, as NLS concludes:

Now Ken Cuccinelli has a choice to make. Will he open up an investigation and ensure that the Massey mining site in Tazewell that has had so many violations of health and safety will comply with the law and ensure its workers safety?  Or is he going to ignore safety warnings even after yesterday’s tragedy and hope by 2013 that Massey continues to reward him with large political contributions for his efforts to help in their legal actions against the EPA?

Yes, we are waiting for an answer, but don’t expect one anytime soon. The fact is, Ken Cuccinelli and others in Virginia government – overwhelmingly Republican – are deeply in the pocket of Massey Energy and Don Blankenship, far more concerned with doing their bidding than in protecting workers, the environment, etc.

More broadly, the question is why, in the year 2010, we are still stuck in a 19th century energy economy (coal and other fossil fuels) instead of a 21st century one (energy efficiency, wind, solar, geothermal, etc.)? Also, why do we let scumbags like Massey Chairman/CEO Don Blankenship get away with murder – repeated, serious safety violations leading to the deaths of miners?  On both of those questions, there’s a very simple answer: follow the money…

UPDATE #2: Daily Kos has more on Don Blankenship and the politicians he gives $$$ to.

UPDATE #3: Just to be clear, let me just state that there is absolutely no evidence Ken Cuccinelli caused or contributed to the terrible tragedy in West Virginia. What I’m saying is that Cuccinelli (and Virginia Republicans more broadly) receives large sums of money from Richmond-based Massey, that this is not a good thing, and that Cooch should be focused on cracking down against safety violations in Virginia before we have a mine disaster here as well. Cooch also needs to stop doing the anti-worker, anti-environment bidding of companies like Massey.