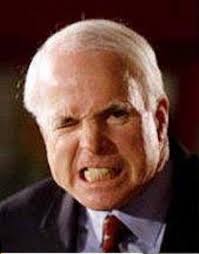 Recently, we’ve seen a lot of fulmination over a suggestion by former Fed Chairman (under both the Carter and Reagan administrations) Paul Volcker regarding the so-called “Value Added Tax” (VAT). According to Volcker, a VAT is an option that might be considered to close this country’s structural budget deficits. In brief, here’s the argument for a VAT tax.

Economists across the political spectrum argue that a VAT, which taxes spending rather than income, should at least be on the table when a commission appointed by Obama meets next week to craft a plan to reduce soaring budget deficits. Providing federal support to a vast wave of retiring baby boomers is almost certain to require higher taxes, budget experts say, and a VAT would be efficient and easy to collect and could raise significant revenue without imposing additional taxes on earnings.

Whatever your view of this argument, you’d think that an intelligent, serious, open, adult discussion of a VAT might be in the cards, particularly in light of this nation’s severe, long-term, structural budget deficit problem, and particularly in light of the fact that economists “across the political spectrum” think it’s an idea worth considering.

…last week, in a tax-day speech on the Senate floor, Sen. John McCain (R-Ariz.) accused the Obama administration of having “floated the idea of” a VAT and called on his Senate colleagues to go “on record on this onerous new tax.”

Eighty-five senators voted for McCain’s amendment, which declared the VAT “a massive tax increase that will cripple families on fixed income and only further push back America’s economic recovery.”

Amazingly, 13 (courageous? foolish? both?) Senators actually voted “no” on McCain’s demagoguery.  Among those was our own Jim Webb, who has now come under attack – completely predictable, of course – by Virginia Republicans. According to RPV Chairman Pat Mullins, Jim Webb should “denounce” the VAT, which Mullins oh-so-subtly calls a “$1 trillion burden onto the backs of taxpayers.” Mullins also claims, implausibly, that “Webb put the wishes of his political party ahead of the people who sent him to Washington.”

I say “implausibly” because the Obama Administration has publicly ruled out a VAT, and because the vast majority of Senate Democrats voted for John McCain’s anti-VAT resolution. So, how is Webb, who took the politically courageous stand on this issue, putting the “wishes of his political party” ahead of anyone? As usual, the RPV makes no sense, beyond ratcheting up anger and generally foaming at the mouth.

In short, what we have here is yet more evidence that the RPV’s position on fiscal matters is completely non-serious.  Thus, the RPV rants that deficits – which, they conveniently ignore, skyrocketed under George W. Bush and a Republican Congress – are out of control, while taking every conceivable option to fix those deficits off the table, a priori. Sweet.

Unfortunately, what’s not so sweet is that our nation is facing severe fiscal challenges: an aging population, rapidly rising entitlement spending (Social Security and Medicare), but no political will to pay for any of it.  Here’s how a nonpartisan expert explains the sorry situation.

“We’re taking all the feasible, non-disastrous ways of dealing with our budget problems off the table,” said Leonard Burman, former director of the nonpartisan Tax Policy Center, who now teaches at Syracuse University. “We can’t cut Medicare. We can’t enact a VAT. We can’t raise any income taxes ever, except possibly on the 17 people who make over $1 billion a year.”

“Behind closed doors, almost everyone serious in Washington understands there’s a big problem,” Burman said. “But in public, basically if you say anything intelligent, you’re killed.”

Cue the Republicans, shouting down the mere thought of a “tax” of any kind, whether it’s on “value added,” energy, carbon, or anything else. In fairness, cue the Democrats to shout down any cuts to “entitlements.” The end result: stalemate, drift, deficits as far as the eye can see, and eventually a disastrous fiscal crisis facing our country. Sadly, that’s the state of our political system in the year 2010.