I’ve been legally carrying for 28 years, and I’ve never even had to draw my pistol, let alone use it.  The whole point of concealed carry is safety, not mayhem. The “raging armed drunks” are already breaking a bunch of laws, including not having concealed carry permits.  Law-abiding citizens, such as myself, need to be able to defend themselves.  If you choose not to carry, that’s OK, but it is a citizen’s duty and right to defend himself and his family.  When I want to take my wife to a restaurant, I have to worry about whether or not they serve alcohol–even if I don’t drink myself.  Then, if they do serve alcohol, I’m required by law to disarm before going in.  Any lunatic who doesn’t care about the law can carry a pistol in there, but an honest citizen can’t.  This bill, passed 72-27, should be signed by the Governor.  There’s no reason not to.  Remember, if an armed permit-holder drinks even one sip at that restaurant, he is breaking this law.  I know that, having gone through the training, time, trouble, and expense of getting a permit, 99.9% of permit holders do not risk breaking the law. 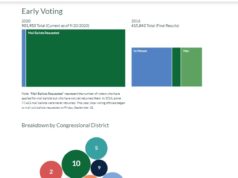