Delegate Scott Surovell was named a “Legislative Rookie of the Year” by the Virginia Education Association in recognition of his efforts to strengthen public education throughout the Commonwealth during the 2010 legislative session. “As a product of Fairfax County Public Schools, I am honored to be recognized by the VEA,” said Surovell. Surovell was one of six newly elected delegates to receive a 100% rating from the VEA.

The VEA, founded in 1863 comprises over 60,000 educators in Virginia. Dr. Kitty Boitnott, president of the VEA said of Surovell: “Delegate Surovell has begun his legislative career as a solid supporter of our public schools. We have acknowledged his 100% pro-education voting record by awarding him VEA’s Rookie of the Year award. We look forward to working with Delegate Surovell in the years ahead. He is a welcomed friend of public education.”

Surovell graduated from West Potomac High School in 1989, James Madison University in 1993, and the University of Virginia School of Law in 1996. He made public education one of the cornerstones of his 2009 campaign. “Education, from pre-K to graduate school, is a top priority in the Mount Vernon community and throughout the Commonwealth,” the Delegate noted. “Fairfax County public schools are one of the most effective economic development tools in our government’s toolkit. Strong schools mean good jobs, a strong economy and a better way of life for area residents.”

Surovell was one of several legislators who took the lead in maintaining state funding for public school systems throughout Northern Virginia. “While the Local Composite Index is a flawed set of rules, we have used it to allocate school funding for years,” Surovell said. “We can’t abandon it when it produces a result that some members of the legislature don’t like.”

Looking ahead, Surovell stated, “I appreciate the work the VEA does for students and teachers throughout the Commonwealth. I look forward to working alongside them as we defend and improve Virginia’s reputation for educational excellence.” Surovell is currently examining means to increase preschool access in Mount Vernon and along the Route 1 corridor. 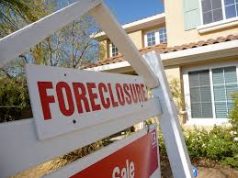 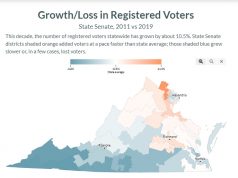 And of course Republicans don't want this either. Nice work Del. Sally Hudson and Dems! https://bluevirginia.us/2020/02/tuesday-news-can-solar-power-compete-with-coal-in-india-its-gaining-ground-trump-rejects-obama-taking-credit-for-strong-economy-spoiler-obama-is-right-voters-of-color-are-se#comment-4801052422