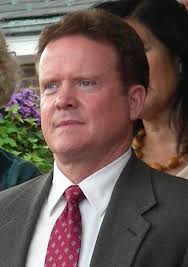 In the early days of our republic, President Andrew Jackson established an important principle of American-style democracy – that we should measure the health of our society not at its apex, but at its base. That focus has been lost, as many on Wall Street have accumulated vast wealth while the middle class falls steadily behind. When regions of Virginia are experiencing more than 21 percent unemployment and so many working Americans continue to struggle in this economy, it is only just that our leaders protect the interests of America’s working people.

The reckless practices on Wall Street that led to the financial meltdown were unfair to the average worker and risked the United States’ economic position in the world. The regulatory structure in place failed to protect both our financial system and the U.S. taxpayer. We must act to prevent another financial crisis and future bailouts. Americans need a reformed financial system that puts their homes and retirements before Wall Street bonuses.

The Senate is now considering a financial reform bill, which could be an important step forward in reining in some of the worst abuses of recent years and bringing enhanced oversight and transparency to our financial system. However, it could be improved in a number of areas.

Jim Webb, ever the Jacksonian economic populist. In fact, the first conversation I ever had with Webb was largely about Jacksonian Democracy. As a U.S. Senator, Webb doesn’t appear to have changed his belief that “we should measure the health of our society not at its apex, but at its base” one iota. I’m glad to see that.