Sen. Mark Warner said today on C-SPAN’s “Newsmakers” that the Senate could approve an amendment to reinstate a main element of the Glass-Steagall Act of 1933. That law separated commercial banks and investment banks into separate entities.

Sen. Warner is a member of the Senate Banking Committee and has been closely involved in negotiations to get a Wall Street reform bill to the floor. Warner said that he personally opposed such a measure, but there is a bipartisan group of senators who have pushed for the reinstatement of Glass-Steagall,  which would force banks to separate their commercial and investment activities.

The reason Warner gave for opposing reinstatement was that he thinks that it would put U.S. banks at a competitive disadvantage compared to the banks of other nations. (Perhaps this is where the G-8 could do something about that situation, instead of simply gathering from time to time for photo ops.)

“I think that we can’t unscramble those things. A lot of senators wish they had their votes back in 1999 when they basically did away with the walls and the barriers between investment banking and banking that Glass-Steagall had in place,” Warner said. “But the world has changed pretty dramatically.”

“Let’s put rules of the road in place that can stand the test of time,” Warner stated.

Sen. Carter Glass of Lynchburg was a former Secretary of the Treasury and the brain behind creation of the Federal Reserve System. He worked with Rep. Henry Steagall to devise the bill that forced the separation of commercial banking from investment activity in 1933 and also created the FDIC to insure bank accounts.

According to Sen. Warner, the world economy is so much more complex now that Glass-Steagall may not be what we need right now in regulation. He noted that Canada did not have the extent of problems with their banking that the United States had, even though Canadian banks are relatively large. He implied that there is a way short of bringing Glass-Steagall back that can mitigate the sort of risk taking that almost brought down the world economy in the past few years.

Warner wants the Senate bill to include some strong language that will allow regulators to look at bank leverage and risk management. “There’s a way to find common ground,” Warner said.

That remains to be seen in the partisan atmosphere that is poisoning Washington these days. 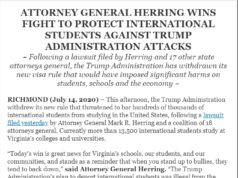 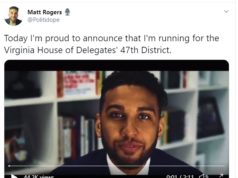 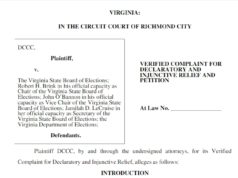