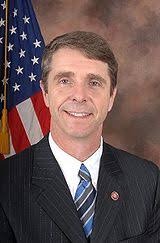 Please use this as an open thread to discuss the primary results – Virginia and national, if you wish – as they come in tonight.  Personally, I’m crossing my fingers for Bill Halter over Blanche Lincoln, plus the craziest, most far-right-wing, and hopefully least electable Republicans in every one of their contests. For instance, go Sharron Angle in Nevada!

UPDATE 7:33 pm: Rob Wittman is annihilating Catherine Crabill, 89%-11%, with 47% of precincts reporting in.  Wittman is the winner.

UPDATE 7:43 pm: With 53% of precincts reporting in the 5th CD, Robert Hurt is pulling away (46%) over Jim McKelvey (28%) and everyone else under 10%.  I think it’s fair to say that Hurt will win this one. If only the tea partiers could have united around 1 candidate; united they stand, divided they fall?

UPDATE 7:48 pm: Wow, Pat Herrity is getting walloped by Keith Fimian with 25% of precincts reporting — 62% Fimian, 38% Herrity.  It looks like NLS nailed the call of Fimian over Herrity. Also, turnout appears on track to surpass Leslie Byrne’s key number of 30,000. We’ll see.

UPDATE 7:52 pm: Scott Rigell is extending his lead in the 2nd CD with 37% of precincts reporting. Currently Rigell 41%, Loyola 23%, Mizusawa 21%. This one appears to be pretty much in the bag for Rigell.

UPDATE 7:56 pm: With 40% of precincts reporting in the 11th, Fimian is winning easily over Herrity, 62%-38%. Big win for Vincent Harris of Too Conservative; he was Fimian’s netroots guy on this one.

UPDATE 8:04 pm: With Hurt’s win in the 5th CD, the question is whether – and how many – independent candidates, “tea party” or otherwise, there will be.  Seems like Hurt winning makes it more likely, but we’ll have to see.

UPDATE 8:15 pm: In the 8th CD, with 74% of precincts reporting, Patrick Murray leads Matthew Berry by just 16 votes.  Most exciting race of the night so far!

UPDATE 8:53 pm: Turnout in the 11th CD is over Leslie Byrne’s magic number of 30,000, meaning that Keith Fimian has a shot this November. Not a good one, mind you, but a shot nonetheless!  Also, it looks like Patrick Murray will be the Republican sacrificial lamb nominee against Jim Moran.

Well just look at that: another leading insurrectionist - and one of the worst people in America, period - Rudy Giuliani is gung ho for Glenn Youngkin! https://bluevirginia.us/2021/10/looking-forward-to-hearing-glenn-youngkin-defend-trumps-malevolent-spiteful-narcissistic-statement-about-gen-colin-powell#comment-5577214780