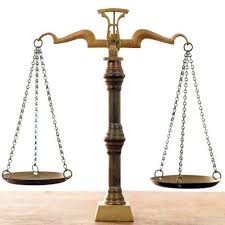 It was expected that SCOTUS would support the government’s right to prosecute those who give material support for terrorist acts.  That is as it should be.  But, yesterday the Court went further.  It issued its support (6-3) for the government to use the so-called Patriot Act to charge those who advice in methods of peacemaking and due process those who either are or later become designated terrorist groups.  And so, the ruling puts into question the works of groups such as The Humanitarian Law Project.  That organization, which brought the suit, apparently advises groups, in such peaceful processes as how to bring up a grievance to the United Nations or how to work constructively through other peacemaking organizations. The Carter Center has also raised concerns about the ruling’s potential to affect its peacemaking efforts.   Here’s a partial description of the ruling from SCOTUSblog.com.


The cases of Holder v. Humanitarian Law Project, et al. (08-1498) and Humanitarian Law Project, et al., v. Holder (09-89) are the only war-on-terrorism cases the Court will decide this Term. They involved the federal law that bans “material support” to listed foreign terrorist organizations – the law that is the government’s favorite legal weapon against terrorists. Although that law is most often used for criminal charges against violent actions or threats of violence, Monday’s decision did not involve that situation.  The groups and individual involved do not support any terrorist actions by the listed groups.  Rather, they wanted to avoid criminal prosecution for what they considered free speech or other forms of public advocacy to help the listed groups achieve peaceful goals.

Here is the reference.

So, the Court limited the applicability of its ruling to speech , advice (even peacemaking advice), or effort with, for or in conjunction with terrorist groups.  I quote again from SCOTUSblog:

“But the Court added a significant qualifier: such activity may be banned only if it is coordinated with or controlled by the overseas terrorist group. That limitation, however, may be fairly difficult for lower courts to apply case by case; the Court provided little specific guidance.”

You can imagine that there will be lower court abuses of this ruling.  You have only to listen to politicians, such as John McCain, and more recently another Republican lawmaker, urging to kick out of the country those exerting private speech to have concern.  And it is only a short distance to labeling the speech of domestic organizations , who do not coordinate or work for or on behalf of any terrorist groups, but rather raise questions of or various administrations, to be falsely labeled as such.

There is this supposed assurance from the Court:


Speech or other forms of advocacy will escape criminal prosecution so long as it is “independent advocacy,” or constitutes “any activities not directed to, coordinated with, or controlled by foreign terrorist groups,” in language used in the Chief Justice’s opinion.

More will be written concerning this recent ruling.  As always, we invite the lawyers among us to weigh in.

Update: Note I corrected the number of those on each side of the ruling.  Note that Stevens sided w/ the majority this time.