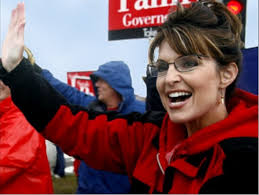 Not that this is a big surprise, but still interesting:

Democrats are pleased that Palin chose Hurt as one of the candidates benefiting from her $87,500 in donations this quarter because they believe she fires up their own base. Now they can goad Hurt into saying whether Palin will come campaign for him in the 5th District.

It’s not the first political celebrity to get involved in the race. Both Laura Ingraham and Joe The Plumber backed Laurence Verga, an early conservative favorite who flamed out before the primary.

Let’s just hope Palin has as much success with her candidate of choice as Laura Ingraham and “Joe” the “Plumber” had with theirs! LOL