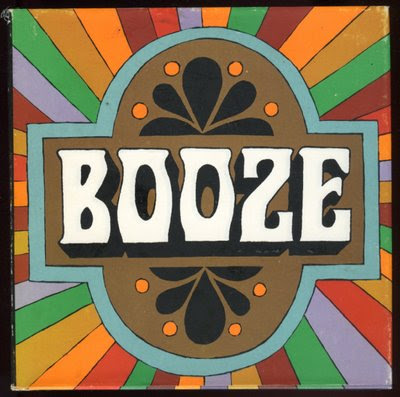 According to the Washington Post, Bob McDonnell is selling his ABC store privatization scheme by touting a couple of research reports funded by think tanks established for one purpose: to promote small government, an unregulated free market, and other conservative ideas. The big question for Virginians is just how much credence can be put into reports by groups like the Virginia Institute for Public Policy and Pennsylvania’s Commonwealth Foundation.

McDonnell’s studies come from two sources. The Virginia Institute for Public Policy is a think tank with a mission to promote “free enterprise, private property…and constitutionally limited government.” While it is “nonpartisan,” it has a point of view that directs which reports it will fund and publish. It’s a sure bet that if a study doesn’t match its philosophy, it won’t see the light of day. Pennsylvania’s Commonwealth Foundation has the same mission: to promote “limited government…and personal responsibility.”

Normally, research must follow certain rules to be taken seriously, including using a methodology that can be replicated and reviewed blindly by others in order to reach the truth. Studies published by these conservative think tanks have a different purpose: to make public policy shift to the right. According to the media watchdog FAIR,  research reports like those McDonnell is using to sell privatization “offer a very limited menu: They only publish reports advocating deregulation, privatization, property rights, school choice and a few other topics.”

You can bet that McDonnell won’t mention other studies that show states with alcohol monopolies have fewer problems. Add to that the state revenue loss and the cost of enforcement and his  privatization house of cards really falls apart.

According to the Post article, a 2006 study in the journal Accident Analysis and Prevention found that states with a monopoly on retail alcohol sales had driving fatalities among young people more than 9 percent lower than privatized states. Ted Miller, the author of that study, said research which lumps “states that control wholesaling with those that control retail sales are flawed.” State control of retailing is the key, he said, because ABC cashiers are state employees whose first duty is to uphold the law rather than boost profits.

Based on his research, Miller estimated that Virginia would see 220 more alcohol-related deaths a year if it gave up its retail monopoly and $40 million a year in additional costs related to criminal justice and substance abuse. Remember, McDonnell has promised that his plan will include a “robust strategy” for enforcing ABC laws, including making sure that retailers don’t sell to underage customers. Who’s going to pay for that? How is that extra cost going to be covered?

The Post noted that several Virginia police chiefs recently met with people in the McDonnell administration, urging strict rules for new liquor stores and, above all, “significant new funding for the state’s ABC enforcement division, whose budget has been slashed in recent years.”

This Republican governor has to confront the truth at some point and give up his dream of Virginia’s transportation horror being solved by a flood of 80 proof liquor. ABC privatization has been studied twice before, both under Democratic governors who also agreed that the state being in the liquor business wasn’t such a great thing. Both of those efforts fell apart because of lost General Fund revenue and the increased cost of law enforcement.

There is no way that Bob McDonnell can ignore addition and subtraction forever. Virginia tried ignoring basic rules of arithmetic once before when a Republican governor promised us that it wouldn’t cost very much to eliminate the local personal property tax on cars and trucks. That didn’t work out, and we still have a car tax and an annual drain on the state budget to reimburse localities for lost revenue. This boondoggle won’t work any better.