I just got back a few minutes ago from the “One Nation Working Together rally on the National Mall.  I took some video of Ed Schultz’s fiery speech and am uploading that to YouTube now. Other than that, here are some photos from the event.  I met some Democratic friends from NOVA, including the amazing Mary Detweiler (who did more than almost anyone in 2006 to elect Jim Webb), at the rally, and we all thought it was comparable in size to the Glenn Beck/Sarah Palin event a few weeks ago.  By 2 pm or so, both sides of the Reflecting Pool were filled with people, the Lincoln Memorial was full so they weren’t letting anyone else up there, and there were groups of people all the way to the Washington Monument. Among the groups participating were the NAACP, AFL-CIO, American Federation of Teachers, SEIU, the Sierra Club, and many others. A very diverse crowd – black, white, Latino, young, old, gay, straight, you name it – and a stark contrast from the overwhelming older, white crowd for Beck/Palin.

P.S. Humorous anecdote: on the Metro ride in from Virginia, a guy from Texas wearing an NAACP tshirt asked which stop Foggy Bottom would be. I told him it was right after we went under the river, and he responded in (apparent) horror, “UNDER the river?” It turns out, he’d never been under a body of water before, so he was a bit nervous, but he made it nonetheless. He also told me he had been on a marathon bus ride from Texas, and was heading back right after the rally. Now that’s dedication! 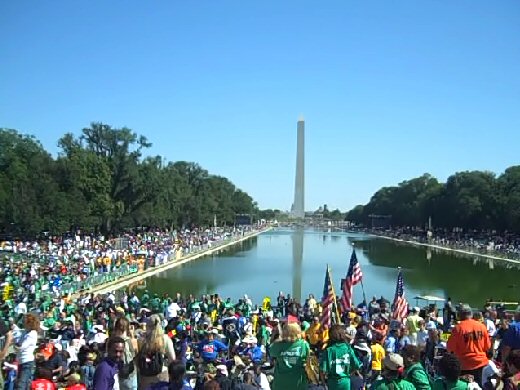 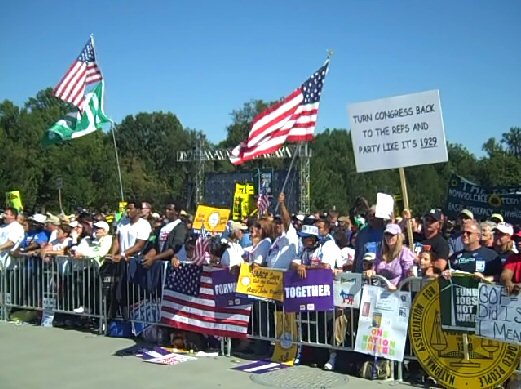 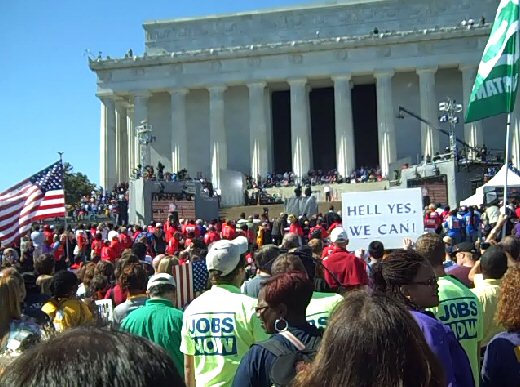 UPDATE: A bunch of excellent photos are available here. 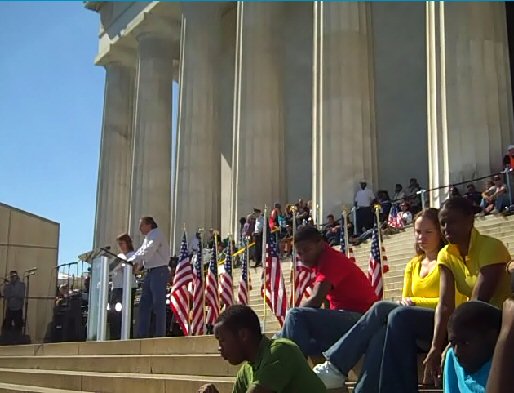 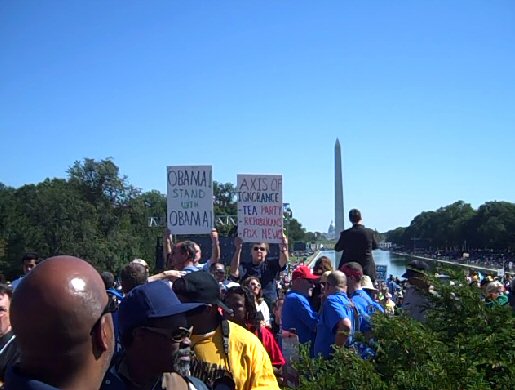 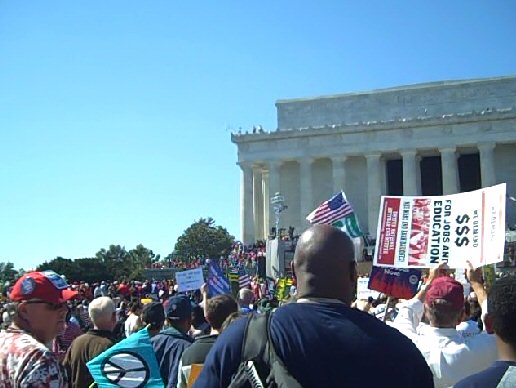 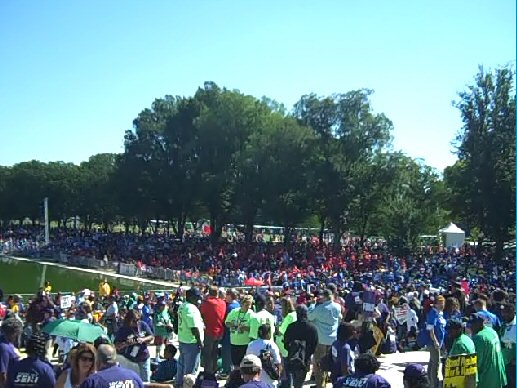 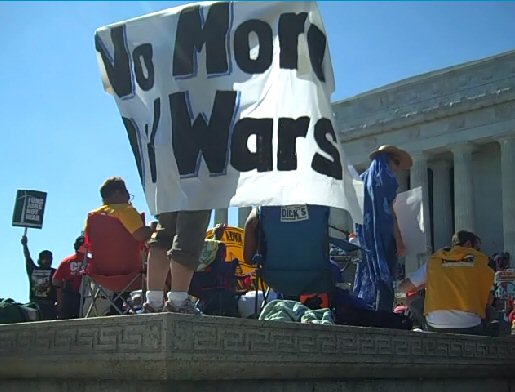 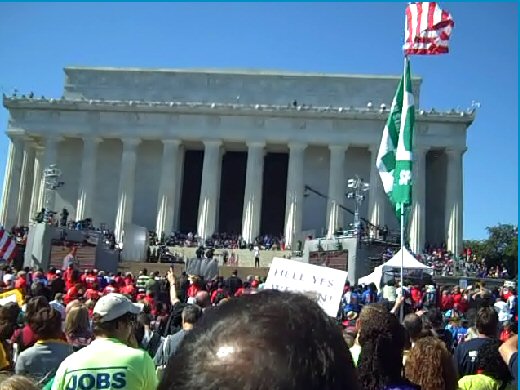 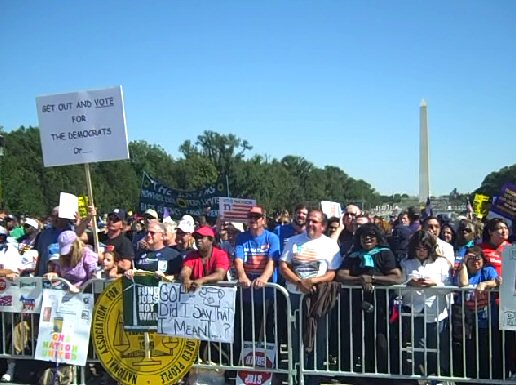 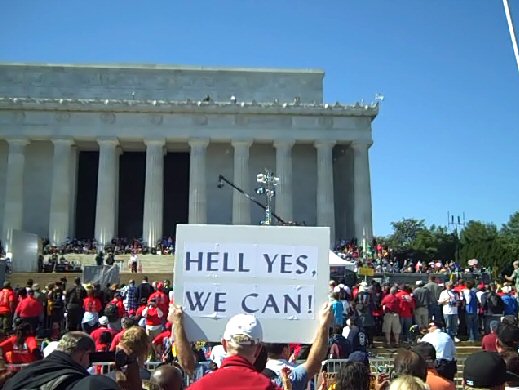 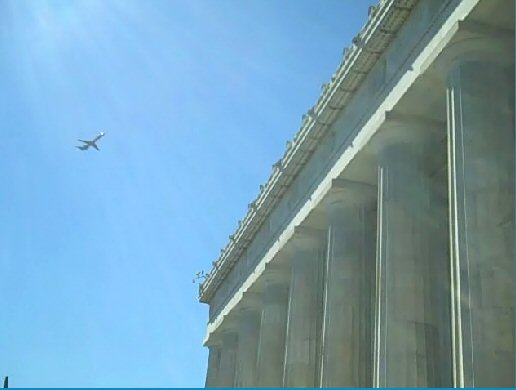 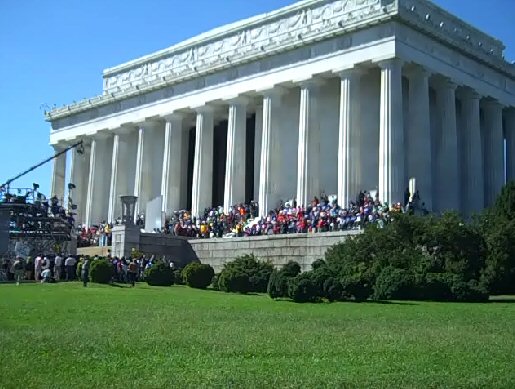 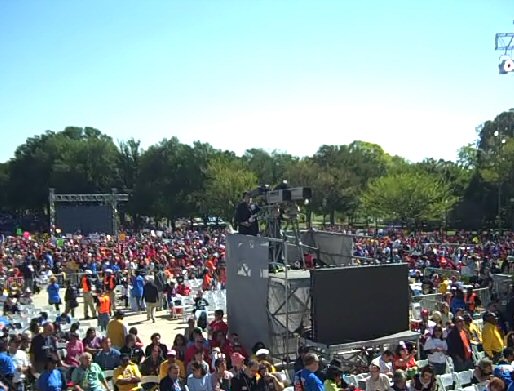 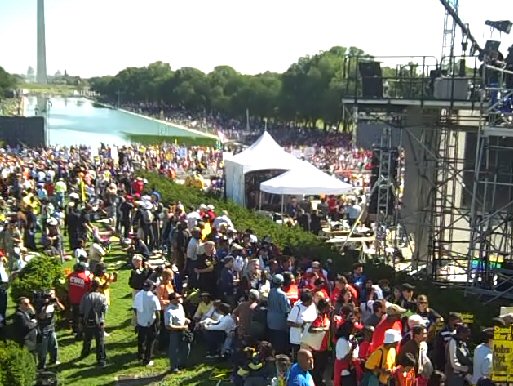 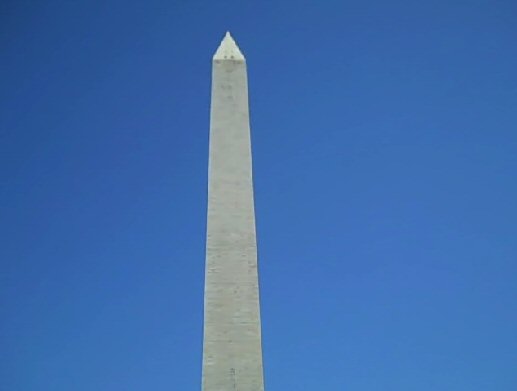 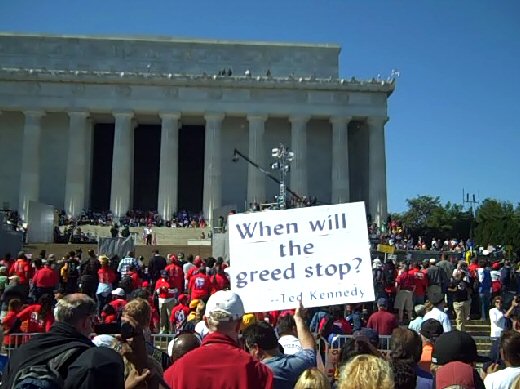