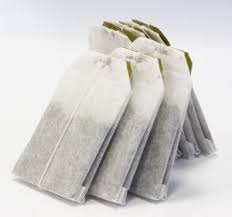 In an OPED piece published this morning by the Richmond Times Dispatch, Republican delegate Bob Marshall exposes the Tea Party as anti-American, at least as defined by the heroes of the American Revolution. He may have a point, as will be discussed below, since they have named themselves after a beverage created in China, not America. I mean: Tea Party conspiracy buffs would surely ask the Drudge Report, Fox News and Rush Limbaugh to investigate a situation where Democrats named themselves after something Chinese.

Let’s be honest: What was stopping the Tea Party from naming itself after a true American product, such as Bourbon Whiskey, so declared as pure Americana by the Congress of the United States? For example, if the Tea Party is really anti-tax as they claim, why not name themselves after the Whiskey Rebellion of the 1790’s? The basic anti-big government argument they make is similar is it not? Instead, they choose a Chinese beverage over one of ours. What do our Korean War veterans think of that?

I ask you: Is there proof the Tea Party isn’t taking Chinese cash? During the Bush Administration, the fact that you couldn’t prove something was considered proof that it was being purposely hidden from view. So the fact there is no documentary proof of a Tea Party-China connection, by GOP standards, should make conservative conspiracy theorists more, not less, worried the situation.

Tea Partiers are constantly asking the President to produce his birth certificate. Where is there proof of their being real Americans, not a form of Manchurian candidates as in the movie with Frank Sinatra and Montgomery Cliff? The Tea Party says we need to control our borders. They are right. But that also means China could easily be planting tea leaves right here in America. Logic suggests such Chinese plants would favor tea over a real American drink doesn’t it?

Why doesn’t Dick Cheney see the clear and present danger presented by a political group lionizing a Chinese drink to our American way of life?

Let me ask you: When was the last time you saw a real red-blooded conservative drinking weak tea if tea at all?

Surely Sarah Palin isn’t washing down her moose burgers with tea. In the iconic scene from a “Dirty Harry”movie, conservative icon Clint Eastwood wasn’t tipped off to the bad guys by too much sugar in his morning tea. When our boys stormed the beaches on D-Day, they didn’t have tea in their canteens now did they?

But more on this part of Mr. Marshall’s article, or more accurately my reading of it’s tea leaves, in a moment. Let’s deal with the legal and constitutional basis of his concern over the anti-Americanism of the Tea Party.

Mr. Marshall’s assertion is that the Tea Party’s main platform plank –  what they call the “Repeal Amendment” to the U S. Constitution – would if ratified destroy the very basis of the document written by all those American heroes at the Convention of 1787. What could be more anti-American, he observes, than trying to destroy the Constitution? The Marshall analysis is two-fold. First, the “Repeal Amendment”, by allowing 2/3 of the states to join together to repeal any law, totally undermines the federalism which is the governmental glue holding the Constitution together, indeed the great philosophic creation of the Constitutional Convention originally called to repair, not replace, the unworkable Articles of Confederation. By allowing a combination of states to have such a veto over Acts of Congress, this in effect sets us back over 200 years, when individual states had similar veto rights,. which has George Washington among others pointed out made Virginia and the individual states more powerful than the national government.

Secondly, Mr. Marshall points out that the real purpose of the Tea Party’s “repeal amendment” is as a vehicle to get the Congress to call a Constitutional Convention as required by Article V of the U.S. Constitution if 2/3 of the state’s so demand. The Marshall OP-ED argues that such a Convention would likely create chaos in terms of how it would operate and what would be the ultimate outcome of the body’s proposals in terms of the process and possibilities of their superceding current provision of the Constitution. Surely such a Convention in today’s Internet world would create wild swings in the financial markets, world opinion, and international relations on a daily basis, as each day’s events would lead to all kinds of speculation as to the final outcome of this first such body since 1787.

It seems to me the Constitution does have the only practicable protections against such potential havoc within the context of allowing future generations to change the document consist with the true needs of the times, since the future is unpredictable and no document is perfect. Still, there is no way to refute the possibilities suggested by Mr. Marshall should the wrong people get the wrong type of power.

Moreover, his basic point is not about the calling for a Convention, but the Tea Party’s endorsement of anti-federalism in the extreme, that is to say the undermining of the very Constitution they claim to want to improve, not replace, not destroy.

Again, as a practical matter, the ability of 2/3 of the state’s to pass resolutions overriding any particular law, which as Mr. Marshall points out would appear to include even a Treaty, would seem limited in actual fact to only a few such instances. Take the current debate on what the Tea Party would call Obamacare. Right now, 2/3 of the state attorneys general don’t agree on trying to overturn this law although clearly some due, and indeed believe their law suits will propel them to higher political office. But a repeal resolution couldn’t be enacted by 2/3 of the state’s even for this controversial law.

On the other hand, the Obamacare law is actually a combination of individual statutory enactments, some big, some small, all under the umbrella of one big entitlement yet actually broken into many legal parts. The “Repeal Amendment” would allow any one these parts to be nullified by the requisite number of the states, although the Congress would retain the power of reenactment.

Thus, looking at Obamacare as many different laws working as one, a “repeal amendment” could in theory gut any such national initiative by striking, as the saying goes, where the chain has it’s weakest political link. Thus, Marshall’s basic point, that such a “repeal amendment” is just a Trojan horse to destroy federalism, and thus the basis of the Constitution, has a philosophic consistency even if it might be very hard to make happen in practice.

The Boston Tea Party, from which the Tea Party circa 2009-? takes it’s name, was a pro-federalism movement by the standards of the time. Back then, the individual colonies saw themselves as sovereign above all others in their respective jurisdiction. Thus, for example, they would not have endorsed a “repeal amendment” allowing individual towns in MASS. to vote to repeal certain acts of the Commonwealth if they had been allowed such statewide government by the British.

At the time, the concept of a United States of America was not a viable vision, indeed such federalism is part of the great innovative experiment agreed upon at the Constitutional Convention.

As Mr. Marshall implicitly points out, the greatest beneficiaries today of the kind of anti-federalism chaos endorsed by the Tea Party would be China, our greatest economic rival. The fears of a long period of uncertainty in the U.S about our future legal and constitutional laws would cause huge sums of capital to leave this country for the more stable situation in China and even Europe.

Net, net: Mr. Marshall has a point therefore in suggesting, or perhaps more accurately my  describing his suggestion,  the Tea Party could be China’s best friend right now among politicians in America.

If we follow their advice on matters of the Constitution, we could so weaken ourselves as to expose  our national security – economically, internationally and homeland – to great threat. It may very well be that the Tea Party has not properly understood these ramifications and I would feel they should be given an opportunity to reconsider since Mr. Marshall’s OPED could be an eye-opener for them, coming as it does from such a recognized card-carrying conservative.

The Boston Tea Party threw our rival British tea into the harbor. Mr. Marshall suggests that if the Tea Party isn’t anti-American, then we need to see them throw their Chinese overboard as well.

“Man up” Tea Party types as your favorite Senate candidate from Nevada said the other night. You can’t build a strong America on weak tea.