Good news, I’m sure it’s no fun to have a blood clot in an artery but it’s fortunate Congressman Connolly caught it before anything really bad happened!

Congressman Gerry Connolly has been released from the hospital and is resting comfortably at home.  During a routine exam by his physician late last week, Congressman Connolly experienced some discomfort and he checked into the hospital for some tests.  While hospitalized, he was treated for a blood clot in an artery. All functions are now normal and he is prepared to go back to work for the people of Northern Virginia.  Before returning to his Fairfax home, he stopped at his congressional district office in Annandale Monday to meet with staff.

UPDATE: The Washington Post reports, “Republican Keith Fimian will concede defeat Tuesday in the congressional race in Virginia’s 11th district, paving the way for Rep. Gerald Connolly (D) to serve a second term in the seat.”  Now, let’s just hope that Keith “too extreme for his district” Fimian is the Republican nominee many more times! 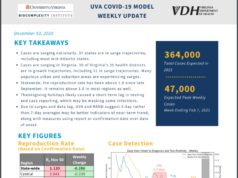