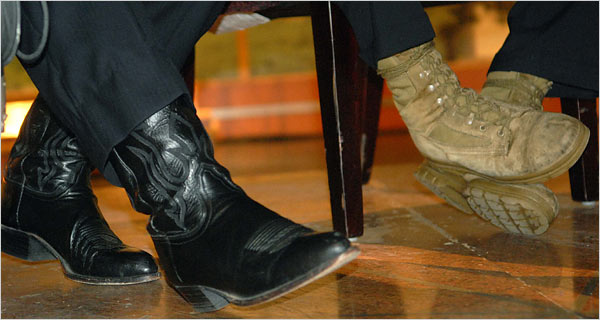 Public Policy Polling is coming out later today with the first post-2010 mid-term poll testing a Jim Webb vs. George Allen rematch for U.S. Senate in 2012.  While we’re waiting, let’s review some history.

Historically, the odds strongly favor the incumbent in any rematch. There has never been a rematch in the modern two-party era here in Virginia. The most famous return political bout in recent history in this part of the USA was in 1996, between incumbent North Carolina Senator Jesse Helms and challenger Harvey Gantt. Even though one was in a presidential year turnout and the other a mid-term election electorate, the results were roughly the same.

Two Republican first-term Virginia Senators have refused to run, but no incumbent before Robb had ever lost a general election, although Pat Robertson’s father was defeated for renomination in the 1966 Democratic party primary, the first held after the passage of the Civil Rights Act of 1965. The results of this primary, which saw Senator Harry Byrd Jr. barely win the party’s nomination for the right to complete the remainder of his legendary father’s term [he had been appointed to the post when the founder of the Byrd machine died in office], was the formal political catalyst for the transformation of Virginia politics. The “Byrd Democrats,” as they were called, started their move – forgive me granddaddy! – into the party of Lincoln!

To be fair, they first went independent, backing Harry Jr. for re-election in 1970 when he ran as an independent, in large measure because then Republican Governor Linwood Holton – what has this world come to?!? – sent his daughter to an integrated Richmond public school.

Holton had become the first GOP Governor since Virginia was readmitted back into the Union when the New Democrats led by Henry Howell of Norfolk split with the Byrd Democrats in the 1969 general election after a bitter Democratic gubernatorial primary.

Howell had won a Supreme Court ruling overturning the poll tax, and was considered crazy by the Virginia political establishment for believing what he had read somewhere in the Declaration of Independence, something about all of us being created equal.

If Allen does run against Webb, history will therefore be on the line in Virginia and possibly the country.

Given yesterday’s Virginia polling numbers for the President, the PPP results later today on Webb vs Allen figure to be fascinating, especially with the first post-2010 meetings of both Democrats and Republicans soon to be held.

There is a good chance these polling numbers will cause a shock in one party or the other, in part because there has yet been any “expectation” level set for a rematch.

Thus there is a good chance the numbers will be a surprise, either on the upside or downside, to a lot of people who will find their expectations were too high.