“First they came for the federal workers but no one cared” would be a feeling felt by many NOVA residents especially Democrats this morning. The theme is taken from the famed observation of German clergyman and religious freedom fighter Martin Niemoller. In the politics of the Commonwealth, it was long known as the Shad Treatment – – the title of a terrific novel about Virginia politics – the process of how they cut up the fish, a little at time, saying “don’t worry little fish, it won’t hurt, it’s a little here, then there” it is a book worth reading since it is based on an actual election for Governor. Northern Virginia Democrats, led by Congressman Jim Moran, believe their region has been singled out by the President for political reasons, namely the need for an opening move in the budget deficit chess match to start this morning with the Republican leadership.

Moran’s fear: the sacrifice the President said is fair to ask of federal workers will become law while Washington punts on the other stuff thus making it completely unfair and one sided to have singled out disproportionately a large group of NOVA residents just to make a political point.

Moran’s fears of NOVA being Ground Zero in some Great Democratic 2012 experiment is real based on political history.

Thus quite correctly, Congressman Moran and NOVA Democrats ask why other Democrat aren’t speaking out in their defense on the fairness issue at least. .

My reaction: Congressman Moran and NOVA Democrats are right to ask why they are being asked to twist in the political wind as they might have said in the Nixon White House.

“First they came for the poor minority college youngsters, veterans and single moms but no one cared” is what the United Negro College Fund, the heads of the Historic Black Colleges and Universities, and any number of Democratic civil rights and educational rights leaders have been saying for months, citing study after study of the documented abuses, failings if not outright consumer fraud by the for-profit colleges

industry, called by Senator Tom Harkin  “debt without diploma” mills that prey on the most Democratic constituency in America. The student population of these “colleges” is greatly disproportionately minority with a majority from poor families.

Unlike federal workers, who have a job, these youngsters as the studies show, are being lured to assume $tens of thousands of dollars in debts even though most will drop out, a small percentage will graduate and most of them will not be able to use their degree to get the job promised. As the United Negro College Fund has said, what is happening now is “ruinous” to tens of thousands of minority individuals and their communities and has been for years.

So the heads of America’s HBCU’s ask: Why haven’t Congressman Moran and NOVA Democrats been speaking out for them?

“They came for….” fill in the blanks folks, put your own fears of your own situation in there, we all have them, and we all have legitimate reasons for such feelings given today’s political climate. Heck, it is these fears that built the Tea Party movement.

It is easy to be all riled up about your own situation: That isn’t the test of political character must less a test of anything except self-interest.

As the famed German Clergyman said, once you start throwing vulnerable minority kids, decorated veterans, and single moms under the political bus because an industry gives $millions to politicians, because an industry uses federal dollars to pay a “college” president $40 million so they can have some “respectable” as a public face, is it any surprise that it might happen to YOU next in today’s political climate?

I was reading the 2004 and 2008 National Democratic Party Platforms, I recommend them to do, especially the attacks on the Bush Economic Policies, which were described as ruinous because of the tax cuts given to the top 2% creating huge federal deficits [although to be fair, the largest chunk of the $4 trillion over a 10 year period is not due to this part of his plan.]

My favorite is the line say on the “lives of our children”  we pledge to reverse it.

But don’t worry: When they don’t do it, your kid safe, unless of course he goes to a for-profit college.

Fact of political life: When you reach the point where it is okay to throw vulnerable minority kids under the bus, it is a case of your turn on the political rack getting one step closer.

But hey, if you are sure you are way back in the line, then as Alfred E. Newman would have said: What, me worry? 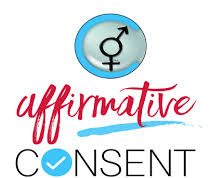 HUBRIS: How Dominion’s Overreach Is Launching Popular Movements Across Virginia 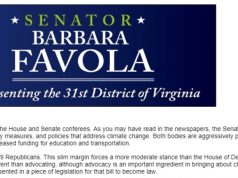 .@SquireForYou - Cheating My Way Through College: Morality In the Age of Donald Trump https://bluevirginia.us/2020/02/cheating-my-way-through-college-morality-in-the-age-of-donald-trump via @bluevirginia

Sunday News: “What Three Years of Trump Ravaging the Earth Looks Like”; “Experts Are...

Saturday News: Is Coronavirus “Disease X?”; “The Foxification of the intelligence community follows the...